A flurry of income tax “surveys”

IT officials descended on three well-known non-profit organisations—the Centre for Policy Research (CPR), Oxfam India and the Independent and Public-Spirited Media Foundation (IPSMF). It was a “survey” as opposed to a “raid”—which means it was conducted only on business premises and during office hours. The officials say there is suspicion of “irregularities” in their financial transactions. CPR is a think tank, while Oxfam is focused on food, clothing, shelter and medical projects for the poor. IPSMF funds independent digital media outlets—and its list of grantees includes the Wire, The Print, The News Minute, Alt News, The Ken and Live Law. It isn’t clear if these are connected to a broader crackdown on registered unrecognised political parties—the reporting is extremely vague. (Indian Express)

Every year, the company rolls out its fanciest new products in a highly anticipated mela. This year’s headline products include four new iPhones—all of which support satellite connectivity. The new iPhone 14 Pro series has an A16 Bionic chip and a 48MP main camera. And it comes in new colours—including deep purple for the Pro version. 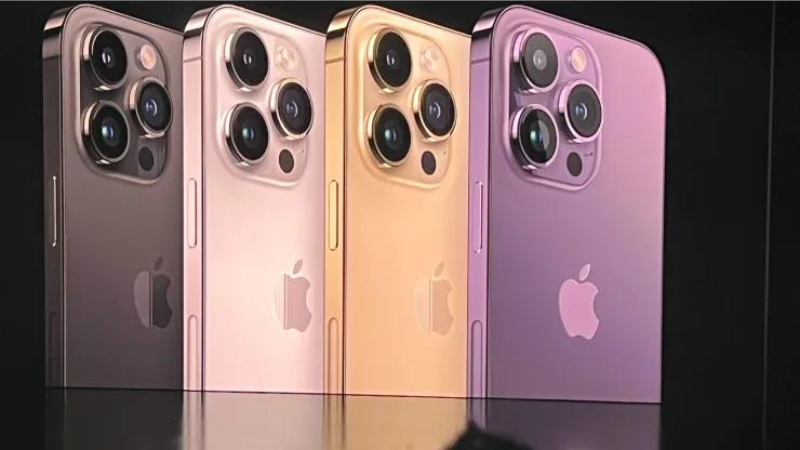 The other big reveal: The revamped Apple Watch Ultra—a rugged new iteration designed to sustain extreme weather conditions and any kind of athletic activity. FYI: “It’s certified for ‘recreational scuba’, allowing you to take it down to 130 ft underwater.” All of them come with pretty new bands. Other iterations of the Watch include period trackers. TechCrunch has the best and least confusing list of new products.

Asia Cup: Pakistan in, India out!

Pakistan beat Afghanistan by a single wicket in a surprisingly close match—which takes them into the finals. This means India is out—and Pakistan will face Sri Lanka. India still has to play Afghanistan next but its result is moot. (Times of India)

One: The Great Pacific Garbage Patch is best described as “a giant wasteland of large and small plastic bits caught in a rotating whorl of ocean currents”—located somewhere between California and Hawaii. A new study shows that all that nasty plastic comes from a surprising source:

"This comprehensive analysis revealed that roughly a third of the items were unidentifiable fragments. The other two-thirds was dominated by objects typically used in fishing, such as floats, buoys, crates, buckets, baskets, containers, drums, jerry cans, fish boxes, and eel traps."

In other words, the primary culprit is commercial activity—not the often targeted and banned consumer items like plastic straws. No one is advocating their use, but it underlines what activists have long been arguing—we cannot tackle plastic pollution until we make corporations accountable. Putting pressure on individuals will do little to save the planet. (Futurism)

Two: The Thwaites Glacier, located in West Antarctica, is one of the widest on Earth and is larger than the state of Florida. It is losing 50 billion tons of ice every year—and accounts for 4% of the Earth’s annual global sea level rise. It is also called the “doomsday glacier” because it can raise sea levels by about three to 10 feet if it melts.

A new study reveals that the glacier—which is attached to the seabed, not land, is barely hanging on, due to warming ocean waters. Lead researchers say:

“Thwaites is really holding on today by its fingernails, and we should expect to see big changes over small timescales in the future–even from one year to the next–once the glacier retreats beyond a shallow ridge in its bed.”

CNN has a lot more details.

Three: A Lancet study revealed that over 47% of antibiotics used by Indians are not approved by the top drug regulator—the Central Drugs Standard Control Organisation (CDSCO). Instead, companies do an end-run around the CDSCO by getting approval from state authorities. There is also widespread misuse of antibiotics:

“India consumes a large volume of broad-spectrum antibiotics, including azithromycin that should ideally be used sparingly. Broad-spectrum drugs are meant to be used when we have confirmed multiple bacterial infections, or we have strong suspicion, especially in certain patients who are at high risk…Using them for even trivial upper respiratory tract infections, which are mostly viral infections, is a threat to preserving the potential of available antibiotics.”

In other words, we’re increasing the risk of antibiotic resistance. FYI: Azithromycin is the most widely consumed antibiotic in India—followed by cefixime—a drug used to treat bacterial infection. (Times of India)

The pop star revealed that he has Tourette’s Syndrome in an Instagram Live session:

“The singer said that he chose to go public with the diagnosis because he ‘didn’t want people to think I was taking cocaine or something,’ and noted that he had initially thought it was ‘some horrible degenerative disease’ before he was properly diagnosed. ‘My shoulder twitches when I am excited, happy, nervous or stressed,’ he said. ‘It is something I am living with.’”

Something to remember: Singer Billie Eilish also revealed she’d been diagnosed with Tourette’s in 2018. The disease affects 1 in 100 school aged children in the UK. Also: Capaldi has recently been baring himself in unusual ways—including posing in his undies on billboards to promote his latest single. (The Guardian) 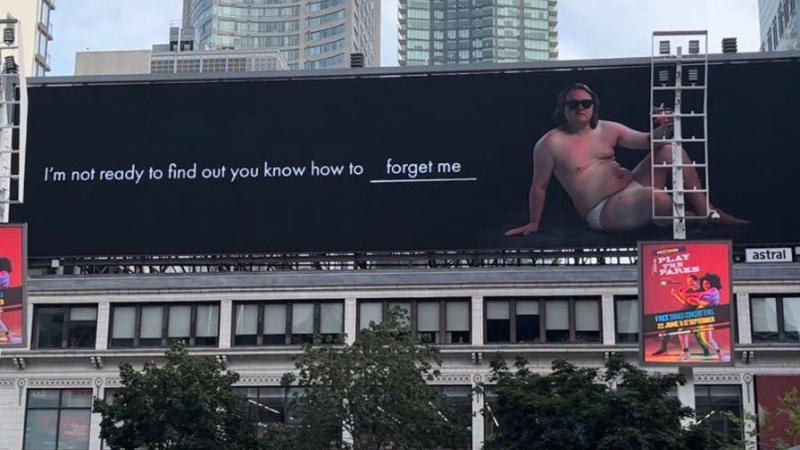 A Hindutva ruckus over Alia & Ranbir

The couple—along with director Ayan Mukerji—arrived at the Mahakal Temple in Ujjain to offer prayers ahead of the release of ‘Brahmāstra’. They were met with angry Bajrang Dal activists—who demanded they be blocked from entering the premises. The reason: Kapoor’s 2011 interview, where he said: “My family is from Peshawar, so a lot of Peshawari food influences has also come with them… I am a more mutton, paya, beef fan… Yeah, I am a big beef guy” (watch the clip here). (Scroll)

One: This video clip captures the weirdly chilly body language between President Vladimir Putin and his chief of military staff, General Valery Gerasimov—while inspecting war games in Russia’s Far East. You can see a visibly anxious Gerasimov literally backing away from him at one point. Something to remember: he has been conspicuously absent from the public eye for nearly six months—prompting heated speculation about their relationship. (Reuters)

Two: Earlier this week, NASA shared a beautiful time lapse of an Aurora—or a light show in the sky triggered by a solar storm. It was filmed from the International Space Station, giving us an unusual top-down view of this gorgeous phenomenon. Futurism has more details.

Three: Chichi the chimpanzee was very naughty—and wandered out of the Kharkiv city zoo in Ukraine. She had to be coaxed back inside by employees—who were only able to bring her back once it started raining. We can’t decide which part is cuter—when they put a raincoat on Chichi or when they wheel her back on a bicycle.  (The Guardian)

Reader response to our Big Story

Editor’s note: Founding member Lavisha Parab rightly wrote in to point out that we’d missed out on the Indian angle in our Big Story on the gut-brain connection—and how our diets affect mental health. Here’s what she has to add (lightly edited for length and flow):

A lot of Indian omnivores have much more diversity in their diets. This is simply owing to the fact that we're a tropical country and we have a lot of diversity in the vegetables that grow here. And historical poverty meant we never relied on one main protein source.

Local, seasonal, balanced diets are beneficial for good gut bacteria. The corporatization of nutrition leads to the idea that anything Indian is bad. And this is rooted in a lot of research that shat on Asian diets in general for having so much rice in it. But Asians have had fewer problems with obesity, statistically.

Also, traditionally, we cook our food thoroughly, use spices, cook from scratch, so there's less percentage of processed ingredients. Now, not everyone knows how to balance their diet, but there are Indian nutritionists who have good recommendations for a gut-friendly diet as well as a climate-friendly diet.

A lot of experts hail Mediterranean diets and make people change to fancy Western dishes. However, Indian food has cheaper and local corollaries. Like, almost the exact same thing! But if you only read Western research, it would seem like Indian diets are bad. There are a number of Indian solutions such as:

Also this: Lentils and rice give us the complete amino acid profile (in a particular ratio) which is why Dal chawal and Khichdi are good for gut and digestion.