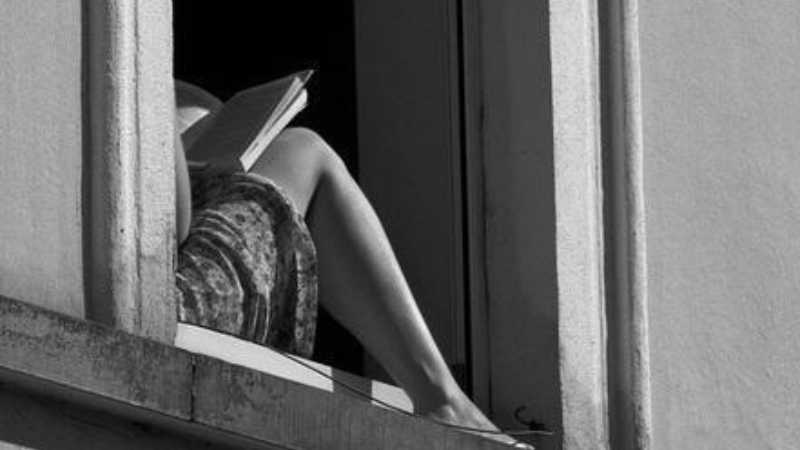 For four brief spells across the year, I think about nothing but tennis. I’m currently neck deep in the US Open and hungry for all tennis-related literature—I’m looking forward to ‘Carrie Soto is Back’ by Taylor Jenkins Reid and reading this Washington Post profile of Frances Tiafoe, the man who ousted tournament favourite Rafael Nadal in round 4. What are some of your favourite sports reads? Please send them my way! Until then, here are some literary news and views for you to peruse.

One: In the Millions, a fantastic essay on famous mistakes and errors making their way into texts. Case in point: in 1631, a version of the King James Bible was missing the crucial word “not,” only to say: “Thou shalt commit adultery.” It’s an amusing look at the world of typos and omissions, and how they can lead to both catastrophes and discoveries. It is also, at its heart, an ode to copyeditors.

Two: I sorely miss David Fincher’s Netflix offering ‘Mindhunter,’ a bone-chilling (fictionalised) look at the birth of the FBI’s Behavioural Science Unit, based on a book of the same name. Sadly, a third season looks unlikely, so instead have a look at this curation over on Five Books that recommends the best books on the psychology of killing.

Three: On CrimeReads, author Katy Watson recounts her time growing up in a family of murder mystery junkies. A childhood filled with Cluedo-themed birthday parties and family trips to Agatha Christie’s holiday home, is it any surprise that Watson herself became a mystery writer? It makes for a sweet, heart-warming read.

Four: In The Guardian a case of a disappearance that still captures the public’s imagination. Lucy Worsley takes a closer look at bestselling author Agatha Christie’s unexplained 11-day disappearance in 1926, her private life versus her celebrity, and the process of writing about someone as famous as the Queen of Crime.

Five: Lapham’s Quarterly has a fascinating albeit highly discriminatory history of libraries in the 19th century that would fumigate their books to not only keep away pests that fed on paper, but also “social undesirables.” It’s a story filled with visions of a “purified library” based on ideas of exclusion and even eugenics.

Six: “The Trump administration is the publishing gift that keeps on grifting.” Thus begins this Vanity Fair piece that takes a closer look at the many books—memoirs, tell-alls and more—that have come out since the end of the Trump administration. The piece highlights any special “reveals” that these books make, along with why a lot of their claims are ironic at best. It’s pure fun.

Currently reading: I am about to begin ‘Daisy Darker’ by Alice Feeney, one of my most anticipated reads of the year. Reviews so far indicate that this homage to ‘And Then There Were None’ by Agatha Christie does an admirable job being edge-of-the-seat twisty and deliciously atmospheric, so I’m as happy as a clam.

Book adjacent rec of the week: True crime fans need look no further than Best Evidence, a newsletter dedicated to “the analysis, critique, and review of true-crime properties across audio, video, and text.” Here’s a recent post that talks about ‘Only Murders in the Building,’ among other things, for you to get a taste of their work.