Paging all secret Santas: We offer a serious discount just for subscribers to make it easy to gift splainer to friends, colleagues or fam. Rs 200 off a quarterly subscription of Rs 900—or a whopping Rs 1,000 off our annual subscription of Rs 3,000! Just head on over to the subscribe page:) And if you want to gift five or more subs, email us at talktous@splainer.in for bigger discounts.

World Cup 2022: The end of the beginning

France put an end to Morocco’s fairytale journey with a 2-0 victory. The final score doesn’t capture the grit and heart with which the Atlas Lions fought until the very end. They allowed their very first opposition goal early, and worked very hard to equalise—including a brilliant bicycle kick by Jawad El Yamiq: “Countless times Morocco played around a scrambling France defence, but between an errant touch or a last-ditch touch from a defender, the Atlas Lions couldn’t find an equaliser.” CNN has the match report—while ESPN helpfully sums up the key takeaways. France will go on to face Argentina in the finals—while Morocco will play Croatia for the third place. Get ready for a Kylian Mbappe vs Lionel Messi face-off! FYI: Messi has confirmed that the final will indeed be his final game for the country.

In other sports news: Kane Williamson will step down as captain of the New Zealand Test cricket side. He will be replaced by pacer Tim Southee—but will continue to lead the team in the T20I and ODI series. (Indian Express)

The country’s top health body admitted that it is “impossible” to track the number of infections—now that the government has fully abandoned mandatory testing. In fact, the official number of cases has actually dropped since the end of the zero Covid policy. But the long queues outside clinics, medicine shortages and sold-out testing kits signal a massive surge. The government, however, is proving just as stubborn about opening up—with Beijing's tourism authority insisting it will resume tour groups in and out of the capital. Associated Press has more on China’s radical U-turn that has left its citizens confused.

A new market research report predicts that the company will lose 32 million users over the next two years. Insider Intelligence—a market research company that has tracked Twitter since 2008—says the biggest drop will be in the US. And it won’t happen overnight:

There won’t be one catastrophic event that ends Twitter. Instead, users will start to leave the platform next year as they grow frustrated with technical issues and the proliferation of hateful or other unsavoury content. Twitter’s skeleton staff, working around the clock, won’t be able to counteract the platform’s infrastructure and content moderation problems.

The biggest exodus will occur in the under-25 and over-45 age groups, which “aren’t as loyal and are less willing to tolerate a degrading experience.” (The Guardian)

Speaking of Twitter’s CEO: He is no longer the richest man in the world—replaced once again by LVMH CEO Bernard Arnault. But we’re sure he’ll stage a comeback when/if his Tesla stocks recover. (BBC News)

Meareg Amare was gunned down outside his home in Ethiopia in 2021—after a string of hateful messages on Facebook called for his murder—and revealed his photos and address. His son Abrham Meareg Amare is now suing Meta for using an algorithm that prioritises hateful content in pursuit of profits. The lawsuit has been filed in Kenya—since that is where Facebook’s content moderation hub is located. What Amare wants: “The plaintiffs are asking the court to order Meta to demote violent content, increase content moderation staff in Nairobi and create a restitution fund of about $1.6 billion for victims of hate and violence incited on Facebook.”

Australian researchers have discovered that female snakes possess a forked two-part clitoris on the underside of their tails. Until now, the organ had been mistaken for a scent gland or an underdeveloped penis (of course!). Why this matters:

[T]he organs also contain nerves and erectile tissue, suggesting they serve a reproductive function and are not merely vestigial. If subsequent research confirms the presence of a functional clitoris, it could challenge the assumption that snake sex is coercive.

In other words, the male snakes may indeed have to seduce their mates—as many other species. The discovery was unsurprisingly made by a female researcher who was frustrated with previous research—which offered no anatomical description of female organs or provided incorrect ones. (New York Times, splainer gift link)

A nasty twist in the Uttarakhand murder case

BJP leader Vinod Arya’s son Pulkit is the primary accused in the rape and murder of young receptionist at a resort in Uttarakhand (explained here). The details of that case were gruesome enough, now Arya Sr is facing new sexual assault allegations. His driver says Vinod tried to rape him—and get him killed. (Indian Express)

After the long and miserable pandemic years, car sales have jumped up a whopping 26% last month—compared to November 2021. This is the second-highest peak in recent history. The all-time high was set back in March 2020, when the government changed emission norms. Experts attribute the big bump to festival and shaadi season—and the Indian “propensity” to gift “well” at weddings: “Indians believe in the culture of spending big on gifts during weddings, and as a result, they always end up buying vehicles, boosting the sales of both two and four-wheelers.” Umm, is that code for dowry? (Quartz)

A new Hollywood patron for football

Ever since the wild success of Ted Lasso, Hollywood has developed a sudden interest in IRL British football. Actors Ryan Reynolds and Rob McElhenney teamed up to buy the struggling Welsh team Wrexham—and turned it into a successful TV series. Now Michael B Jordan has stepped into the fray albeit indirectly. He has a minority stake in Cannae Holdings which is the new owner of  the Premier League football club Bournemouth. Sky Sports News speculates that the final deal was sealed at £100 million. (Associated Press)

One: Japan has voted for the kanji—a Chinese character used to write Japanese—that best summed up 2022. The winner: 戦 (pronounced ikusa) or war—which isn’t exactly surprising. Last year’s pick was ‘gold’ in honour of the Tokyo Olympics. Below you can see the Seihan Mori—master of the ancient Kiyomizu temple in Kyoto—revealing the winning kanji. (Nippon)

Two: Sticking with Japan, Oscar-winning filmmaker Hayao Miyazaki unveiled his new film project—the first in ten years since ‘The Wind Rises’. The movie is based on a popular YA novel—which was published in English with an introduction by Neil Gaiman. Variety has lots more on the book. Other than that, all we have for now is this mysterious sketch shared by the studio. 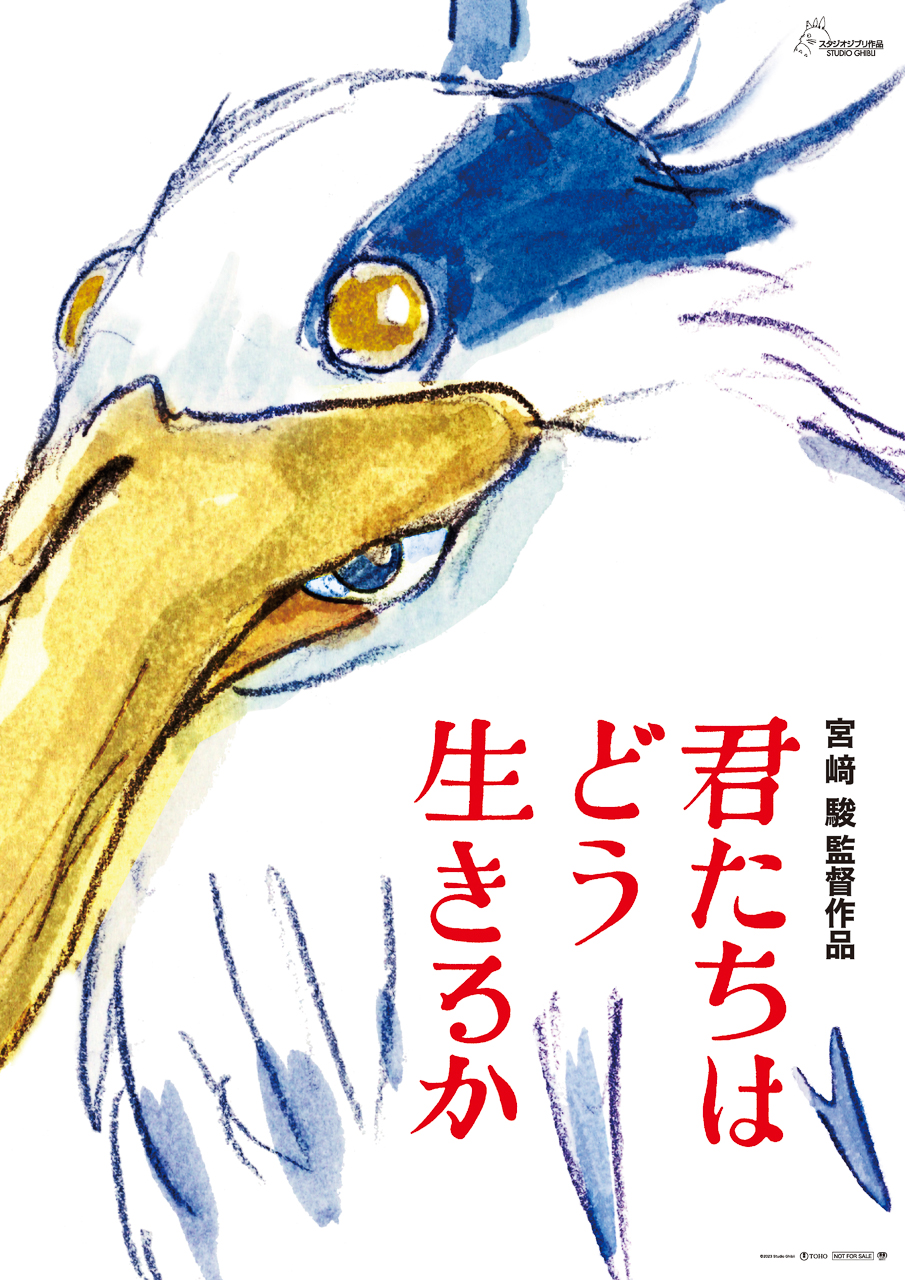 Three: A sculpture called ‘Kristina’ is creating havoc at art galleries. As you can see below, it shows a woman passed out over a bowl at a dining table. A befuddled visitor made an emergency call to the Metropolitan police—who came rushing to the rescue only to find she was made of packing tape and foam filler. FYI: this is the second case of mistaken identity involving ‘Kristina’. Well, just look at her! (Artnet) 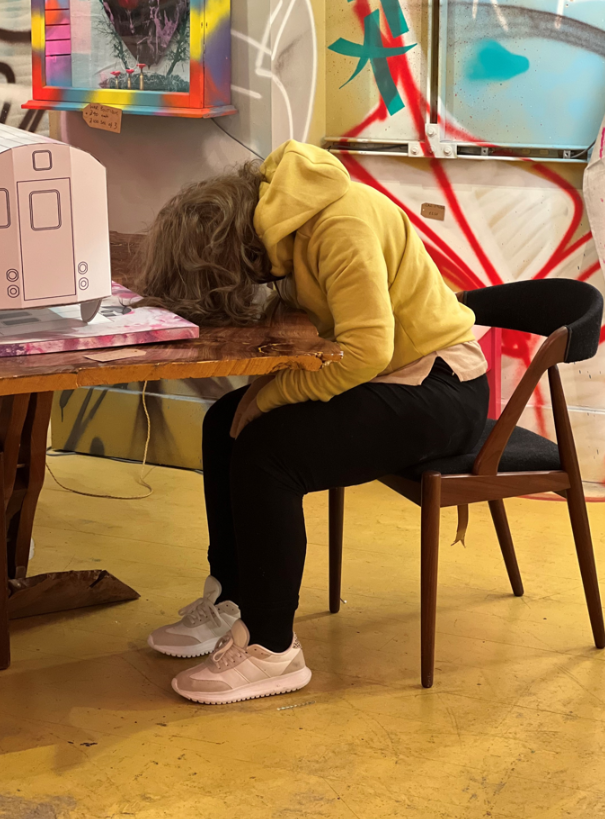 Four: The gamocha is a handwoven piece of cloth that is a unique marker of Assamese identity. The rectangular white/off white cloth—with intricate red embroidery—has received the Geographical Indication (GI) tag from the union government. What this means: a similar cloth made outside Assam cannot call itself a gamocha. (Indian Express) 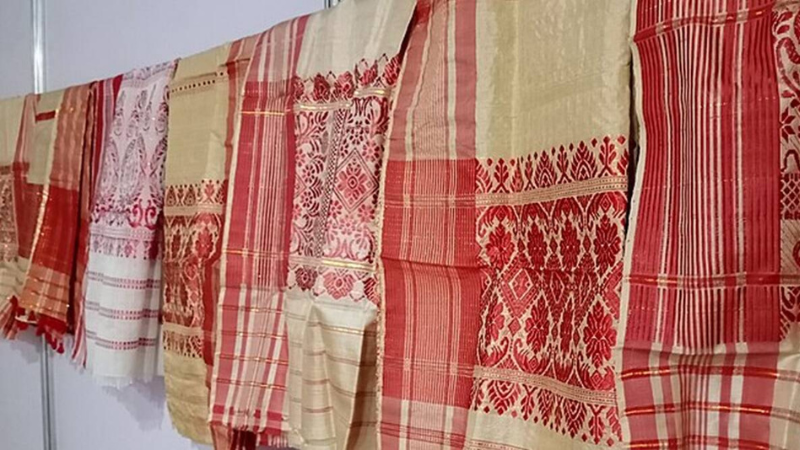