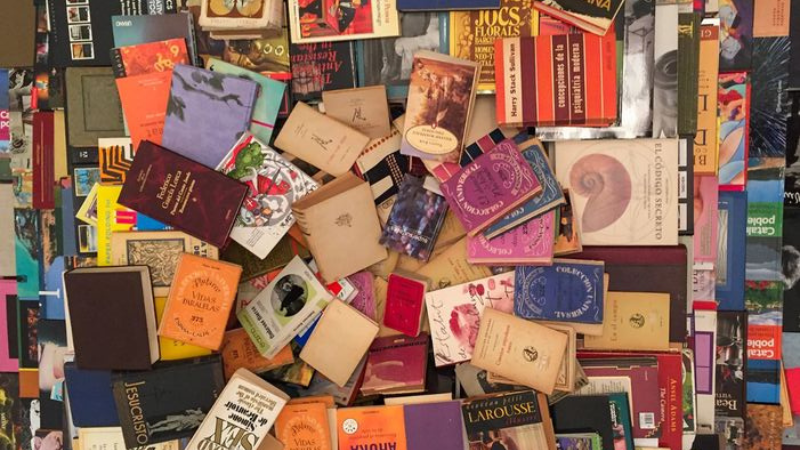 Here’s our monthly roundup of the latest book releases—and fave fiction picks courtesy our twenty-something news editor Meghna Mathew. Let us know if we missed anything over at talktous@splainer.in.

Roses, in the Mouth of a Lion: by Bushra Rehman. Set in 1980s Queens, New York, this is a coming-of-age novel of a Pakistani-American girl, Razia Mirza. Navigating her heritage, cultural differences and racism, she excels in her Quran studies and harbours a crush on George Michael. But that precarious balancing act is endangered when she gains admission at a competitive high school in Manhattan—and discovers her feelings for another girl. Publishers Weekly praises Rehman’s “stellar debut” as a “deeply immersive novel” narrated by a “distinctive and infectious voice.” (December 6)

No One Left to Come Looking for You: by Sam Lipsyte. Drugs, crime and 90s rock—the book hits the trifecta of a perfect page-turner. Jack—the member of a band called the Shits—is upset because he thinks the lead singer has sold his beloved bass guitar to buy heroin. But finding the guitar at a pawn shop is hardly the end of his troubles. Jack soon finds himself embroiled in a murder, real estate crimes, cops and more. There’s also a run-in with Donald Trump. Kirkus Reviews calls this only-in-New York novel a “badass book with brains, wit, moral decay, and radical outrage to spare.” The back-of-the-book blurbs includes high praise from director Steven Soderbergh, who writes: “Reading this book is like being duct-taped to a chair with wheels and shoved down a steep hill into eight lanes of oncoming traffic.” (December 6)

The Lipstick Bureau: by Michelle Gable. In 1940s Rome, Czech-American lawyer Niki Novotná is recruited to set up a branch of the Office of Strategic Services to disseminate anti-Nazi propaganda. Along with a motley group of artists and forgers, her mission is to weaken enemy morale. All this while she tries to escape the hard realities of the family she has left behind in Czechoslovakia—and her all-too-controlling American husband. Shelf Awareness calls it a “cracking good story” that “draws a detailed portrait of day-to-day intelligence work in wartime.” But this may not be for you if you prefer dark, complex spy novels with twisty plotlines. (December 27)

A Dash of Salt and Pepper: by Kosoko Jackson. Here’s something if you’re in the mood for a sweet if predictable romance—served with a side of food-fiction. Black, gay business school grad Xavier Reynolds returns home after losing both his job and his boyfriend. Enter love interest: chef Logan O’Hare, a white, bisexual single father. Of course, Reynolds takes a job as a sous chef at O’Hare’s restaurant. The usual complications of true love ensues—misunderstandings, clashing needs and, inevitably, a big-name food critic who can make or break the restaurant. Publishers Weekly is sure that “readers will eat this up,” thanks to Jackson’s “quippy dialogue[s] and oodles of pop culture references.” (December 6)

All the Dark Places: by Terri Parlato. The morning after his fortieth birthday celebration, Jay is found dead by his wife, Molly. His throat has been slit, and the beginnings of his new book, ‘Abnormal Psychology and the Criminal Mind’, is open on his computer. Detective Rita Meyers focuses her search for answers on the three couples who were at the party, as well as Molly, who is hiding a terrible secret from her past and her real identity. Publishers Weekly calls it a “gripping debut” whose “[a]ssured pacing matches accomplished characterizations” and that Parlato is “off to a great start”.(December 27)

Other new fiction in December…

Stella Maris: by Cormac McCarthy. After 15 years—and at the age of 90—the legendary author has published two linked novels this year. First came ‘The Passenger’ in October, and now this ‘sister’ tale of Alicia Western—a brilliant mathematician working on a doctorate as her mind collapses. Written as a series of dialogues with a psychiatrist, this is a dense if short novel—not for the faint of heart—single-mindedly focused on “theoretical physics and pure math, the cosmic questions they inspire, and the creative work entailed in thinking them through.” The book will also likely make little sense if you don’t read its predecessor. Vox and The Guardian offer useful reviews that string both together. (December 6)

A Dangerous Business: by Jane Smiley. The latest book from the Pulitzer prize-winning author of ‘A Thousand Acres’ is a murder mystery set in 1851—out in the wild western frontiers of California. There’s a serial killer on the loose—stabbing and strangling prostitutes. Eliza, who works at a brothel, teams up with her cross-dressing colleague to solve the murders—inspired by the methods of detective Dupin in Edgar Allan Poe’s ‘The Murders in the Rue Morgue’. Kirkus Reviews calls it a “strange little book” that offers an “oddly pleasant little trot through Gold Rush–era California'' despite all the gore. (December 6)

Butts: A Backstory: by Heather Radke. On TIME’s list of 100 Must-Read Books, this is a rollicking journey through 200 years of the cultural history of the female bottom. Radke leaves nothing untouched, be it the eugenicist underpinnings of Sarah Baartman who was a freakshow attraction in 19th-century London, the billowy posteriors of Victorian bustles, Jane Fonda’s 1970s aerobic routines or the twerk-fest in hip hop videos. What sets Radke’s analysis apart is the focus on the white, racialised underpinnings of this obsession—even as she engages with biology, physiology and even her own personal memories. Publishers Weekly is impressed by Radke’s “vivacious writing, candid self-reflections, and sophisticated cultural analyses,” calling it an essential study of “ideas and prejudices” about the female body. The book also featured on Esquire’s 20 Best Books of Fall 2022 list. (November 29)

Raw Deal: Hidden Corruption, Corporate Greed, and the Fight for the Future of Meat: by Chloe Sorvino. This book by financial journalist Chloe Sorvino is billed as a “shocking and unputdownable exposé of the United States meat industry.” She exposes the consolidation, price-fixing, and power grabs that have harmed consumers and caused environmental destruction. There have been many hard-hitting books on the meat industry—often focusing on horrors of the slaughterhouse or its workers. However, according to Kirkus Reviews, Sorvino “aims higher, targeting multinational corporations, billionaires, global trade, climate change, soil destruction, and pollution”—calling the book “convincing, often enraging, and no more optimistic than the facts call for. “ While Publishers Weekly calls it “a deeply informed and eye-opening call for change,” it warns “the book’s arcane legal and financial discussions are best suited to those with a background in the subject.” (December 6)

And How Do You Feel About That?: Breakdowns and Breakthroughs in the Therapy Room: by Aruna Gopakumar and Yashodhara Lal. Two therapists team up to bust the many myths that shroud therapy—and explain how it really works. The book is peppered with revealing stories of some of their patients—and is apparently “written with authenticity, warmth, simplicity, and lightness.” It may be a good place to start if you’re looking for a beginner’s guide to therapy in India—especially since most books on this subject tend to be West-centric. (December 12)

To the Realization of Perfect Helplessness: by Robin Coste Lewis. The National Book Award-winning poet returns with a collection inspired by family photographs discovered 25 years after his grandmother’s death. This is lineage and history juxtaposed with poetry. New Yorker writes: “Its achievement is cosmic and sonic, realizing in its black pages the connection of the photo album to the record album, rendering poems and photos, the fleeting and the immortal, kin once again.” That’s pretty high praise. The collection is also one of Lit Hub’s Most Anticipated Books of 2022. (December 6)