Adani vs NDTV: the latest update

NDTV founders Prannoy and Radhika Roy announced that they will not be able to transfer the 29.8% stake to Gautam Adani’s newly acquired company VCPL because of a regulatory ban (We explained the financial mess involved in our Big Story). The Roys are prohibited by the 2020 SEBI order from trading in Indian markets until November 26, 2022—after an investigation found they made wrongful gains from suspected insider trading of NDTV shares. But legal experts are sceptical about what many see as a stalling tactic: “This transaction does not entail a fresh sale or purchase of securities. Further, it is simply an execution of the arrangement… entered in 2009 and 2010.”

The Telegraph has more on why it won’t be easy for Adani to control NDTV even if he gets the VCPL stake. Mint lays out why the SEBI banned the Roys—and its implications.

For months, the world has been worried about a disaster at the Zaporizhzhia nuclear power plant (ZNPP)—which is also the largest atomic energy plant in Europe. Yesterday, military shelling damaged its last functioning transmission line. It has been cut off from the country’s electricity grid. But, mercifully, emergency backup systems are maintaining crucial operations. Meanwhile, Russian president Putin signed a decree increasing his country’s armed forces by 137,000—which will take the military’s total head count to 2.04 million. Presumably, this is in anticipation of a renewed offensive amid reports that the troops are demoralised and understaffed. (Washington Post)

A row over ‘Rocketry’

First, some context: The widely praised film ‘Rocketry: The Nambi Effect’ is based on the life of an aerospace engineer Nambi Narayanan. Back in 1994, he was falsely arrested in an espionage case—that allegedly involved giving information to foreign countries. Both in the movie and in media reports, Narayanan is described as leading ISRO’s cryogenic rocket engine project at the time of his arrest—and was responsible for acquiring the technology from Russia.

The controversy: Now, a number of senior ISRO veterans have stepped forward to say that Narayanan’s claims about his role at the space agency are false. Specifically, major developments in cryogenic propulsion took place in ISRO only after Narayanan left the project. He “was neither a member of the study project which, in the mid-eighties, recommended the development of cryogenic propulsion systems, nor did he make any contributions to it.”

Why this matters: Narayanan was awarded the Padma Bhushan in 2019 for his contributions. When asked why they waited this long to come forward, one of the scientists said the ''errors'' have now accumulated to a great extent. The Hindu and The News Minute have more details.

According to the WHO, the number of cases around the world have dropped by 21%—reversing the months-long trend of rising infections. It could signal the end of the outbreak in Europe—which accounts for 38% of the cases. But the numbers are still rising in North and South America—which has 60% of the cases. To date, more than 45,000 monkeypox cases have been reported in 98 countries since late April. (Associated Press)

“In the study, 93 patients took a capsule containing psilocybin or a dummy medicine, lay on a couch, their eyes covered, and listened to recorded music through headphones. They received two such sessions, one month apart, and 12 sessions of talk therapy… Almost half who took psilocybin stopped drinking entirely compared with 24% of the control group.”

Point to note: some addiction experts point out that talk therapy helped both groups—and the added benefit of psilocybin appeared to wear off over time. (ABC News)

US journalist deported from Delhi

Angad Singh is a documentary producer for Vice News—and landed in Delhi to meet his family in Punjab. The US citizen was deported within three hours—without explanation, according to his mother. FYI: Singh previously worked on a documentary on the Shaheen Bagh protests—which, relatives claim, “upset” the government. He was also part of the team that worked on Vice’s coverage of the second wave of the pandemic in India—which went on to win an Emmy nomination. (Scroll)

The feature allows you to create communities with up 512 members—and make 32-person video calls. Basically, you can merge up to 10 groups under one community.  It will now be available to beta users—and launched “in limited countries.” Given India’s problems with WhatsApp misinformation, we don’t expect it to be released here anytime soon. The feature will sit right next to chats in a separate tab on the app, and will look like this. (Mashable) 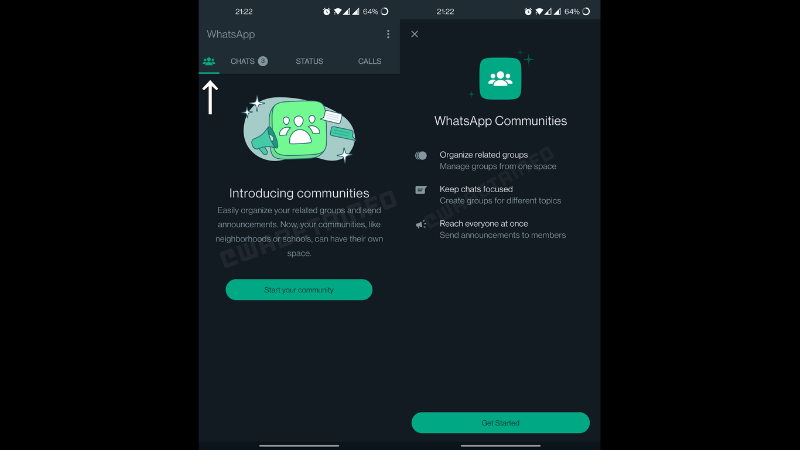 The surprising truth about doppelgängers

A new study reveals that people who look exactly the same—but are not biologically related—are surprisingly alike. They share many physical (like height or weight) and lifestyle traits (smoking, education level etc.) What it tells us: many of these traits may be determined by a shared genetic variant. How this information could be used:

“It would be very interesting to follow up the potential application in forensics, using the genome of unknown people to prepare bioinformatic strategies to reconstruct the face from DNA. And in medicine, we may be able to deduce the genome of a person from facial analysis and hence use this as a pre-screening tool to detect the presence of genetic mutations associated with disease and apply preventive strategies at an early stage.”

Whoa! Popular Science has more details. You can see some of these doppelgängers here.

Speaking of twins: Washington Post has a fun piece on quaternary twins—children of two sets of identical twins who married each other. See Brittany and Briana Deane who married Jeremy and Josh Salyers—and their sons who were born five months apart:

One: The heatwaves across the world have been a disaster. But the one in Texas revealed an unexpected silver lining: footprints of a gigantic dinosaur that are 113 million years old. They surfaced when the Paluxy River ran dry due to the drought. The tracks belonged to an Acrocanthosaurus—which “would stand, as an adult, about 15 feet tall and [weigh] close to seven tons.” (NPR)

Two: Speaking of very large creatures, scientists have discovered a tortoise from the Galápagos species that was long thought to be extinct. The female chelonoidis phantasticus—aka “fantastic giant tortoise”—is the first of her kind to be seen in a century. The last one was spotted in 1906. She has now been named Fernanda—and is well over 50 years old, but is small, possibly because the limited vegetation stunted her growth. Well, she’s still pretty cute. (SciTechDaily) 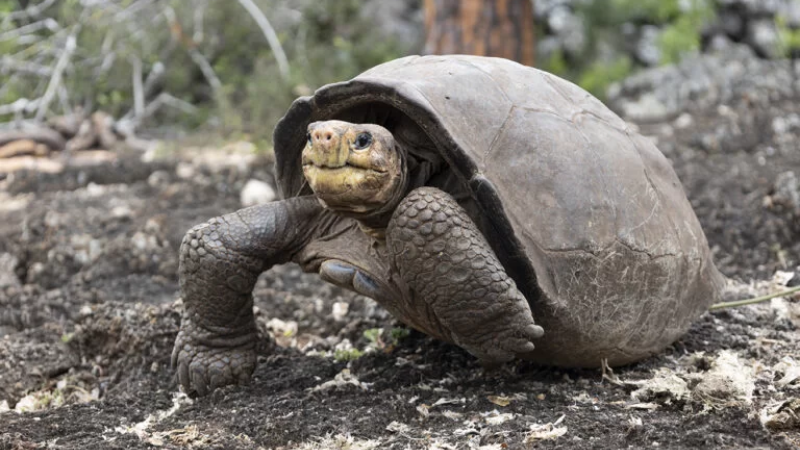 Three: Wanna see what Elon Musk was like in college? His ex-girlfriend is auctioning photos of his carefree youth at University of Pennsylvania. Jennifer Gwynne says her relationship with Musk was “sweet” but he “resisted being affectionate.” She plans to use the money to pay for her stepson’s college tuition. (Futurism) 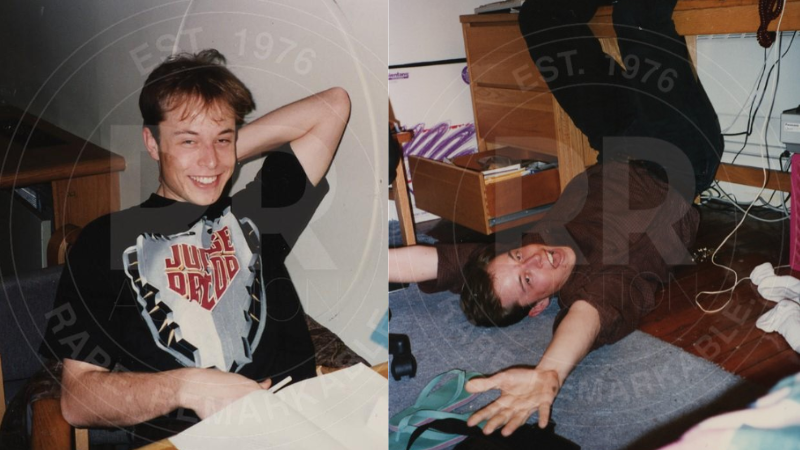 Four: A four-pass move—which started as a TikTok trend—has become the hottest kick-off routine in European football. It was first executed by Bournemouth last year and has since been copied by Real Madrid, Rayo Vallecano and Sparta Rotterdam. The aim is to score with lightning speed—much as Paris St Germain’s Kylian Mbappé—who scored under nine seconds against Lillie on Monday. The Guardian has more details and charts for football nerds.