The great pandemic: The latest update

A large fire at the Houses of Parliament on Sunday has gutted much of the historic building complex. The cause is yet to be determined, but authorities have arrested a man in his early 50s. The fire was still burning as of Sunday afternoon. New York Times has more details, while BBC News has photos.

An Indian connection to the Kabul attack

Just as the US was withdrawing from Afghanistan, a suicide bomb attack at the airport killed at least 175 people—including 13 American soldiers. The Pentagon has now identified the suicide bomber as Abdul Rahman Al-Logari—and he has an Indian connection:

“In 2017, the CIA tipped off Indian intelligence agents that he was plotting a suicide bombing in New Delhi, US officials said. Indian authorities foiled the attack and turned Logari over to the CIA, which sent him to Afghanistan to serve time at the Parwan prison at Bagram Air Base. He remained there until he was freed amid the chaos after Kabul fell.”

New York Times via The Telegraph has more details.

Also a global security worry: China which is focusing its powerful internet-data surveillance network on foreign targets—including international journalists and academics. This use of advanced big data mining and artificial intelligence analysis technology is part of Beijing’s effort to refine its propaganda machine. Washington Post has this exclusive.

After a stampede killed 12 pilgrims at the shrine on January 1, authorities have decided that yatra bookings can now only be done online. Until now, most visitors got their slips to enter the temple on arrival. Why this matters: according to eyewitnesses, 50,000 were at the temple that fateful day—despite Covid rules restricting the number to 35,000. That cap is now likely to be lowered to 25,000. (Indian Express)

Prince Andrew is in big trouble

Last week, Ghislaine Maxwell—girlfriend of pedophile billionaire Jeffrey Epstein—was convicted on five sex trafficking charges. While Andrew was not mentioned in the trial, he is being sued by one of Epstein’s victims, Virginia Guiffre—who alleges that she was forced by the couple to have sex with the prince when she was 17. And Maxwell’s conviction is likely to strengthen her case:

“When jurors come to be selected to hear Giuffre’s civil claim against Prince Andrew, there is one key fact that they will remember: that Andrew’s friend Ghislaine Maxwell was found guilty by a New York court.”

Also not helping: This now permanently viral photo of Andrew, Giuffre and Maxwell: 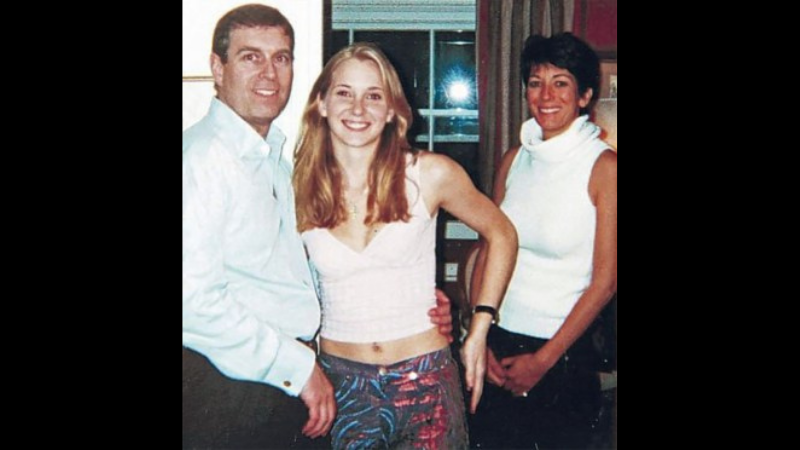 The US court has now blocked two attempts by Andrew to get Giuffre’s lawsuit dismissed. Giuffre’s lawyers also claim that they have six witnesses who can link her to Andrew. A key hearing in the lawsuit is scheduled this week. Times UK (paywall) explains why Andrew is in trouble, while NBC News offers more context.

Back in July, an app called Sulli Deals scraped photos of hundreds of Muslim women from social media platforms—and essentially pretended to “sell” them (explained here). Despite police complaints, no action was taken against the creators of the app—which was, however, taken down by GitHub. No wonder we now have a new version of the same hateful crime: A webpage called ‘Bulli Bai’—also on GitHub. One of the targets, journalist Ismat Ara, shared the screenshot below: 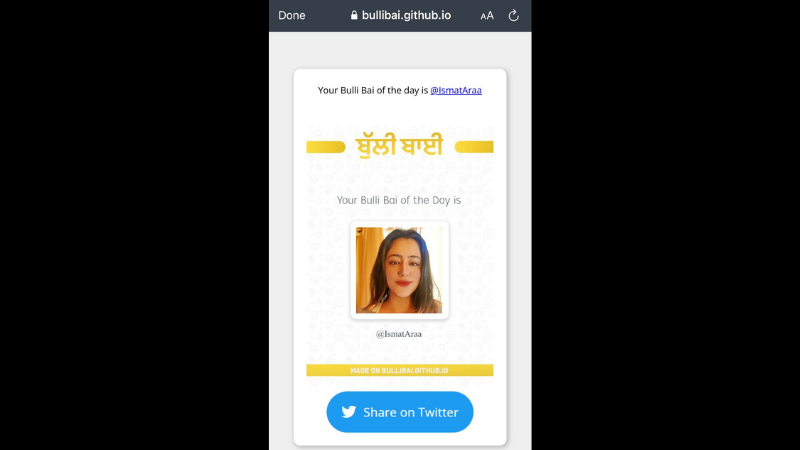 Once again an FIR has been filed, and the webpage has been taken down. But it may well lead nowhere as it has in the past. Then again, the IT minister has promised action this time around…  (The Telegraph)

In related news: An FIR has been filed against Yati Narsinghanand—who was one of the organisers of a religious conclave held in Haridwar in December. He “called on Hindu youth to become ‘Prabhakaran’ and ‘Bhindranwale’ and provoked Hindus to pick up arms against the Muslims, promising to give them Rs 1 crore for it.” Clips of the event went viral, and now five have been named in the police complaint. But none have been arrested. (The Hindu)

Already under arrest: Prominent Kashmiri leaders—Farooq Abdullah, Omar Abdullah and Mehbooba Mufti—who were placed under house arrest. The reason: They were planning to hold a protest rally against the controversial plan to create six additional Assembly seats for Jammu compared to only one new seat for Kashmir. They allege this is an attempt to use demographics to skew election outcomes. (The Hindu)

No cure for that hangover

Here’s the bad news: A review of existing scientific research shows that there is nothing that will get rid of the effects of alcoholic excess. This includes curcumin (found in turmeric), red ginseng, painkillers like loxoprofen and probiotics. The only three to show some promise: clove extract, tolfenamic acid (an NSAID painkiller available in the UK) and pyritinol (an analog of vitamin B6). (Gizmodo)

Economic costs are the number one justification offered by governments to not make the drastic changes required to tackle climate change. But a new study—which modelled the price of not adhering to the targets set by the Paris Agreement—suggests otherwise. It found that the costs of dealing with extreme weather and its effects are way higher. For example: heatwaves, droughts, energy demands (for heating and cooling), and crop loss. Point to note: “heatwaves had the most severe impact, and that these disproportionately affected Brazil and West and Southern Africa.” (Ars Technica)

One: No, we will never ever get rid of the Kardashians. If you were prematurely celebrating the end of ‘Keeping Up With the Kardashians’, here’s some bad news for you. They’re coming right back with a new show called… ‘The Kardashians’. Yes, there is a teaser. Think of this as an ‘insanity break’. (Daily Mail)

Two: This tiger went viral for wanting to play tug-of-war with a Mahindra Xylo on a Tamil Nadu highway.