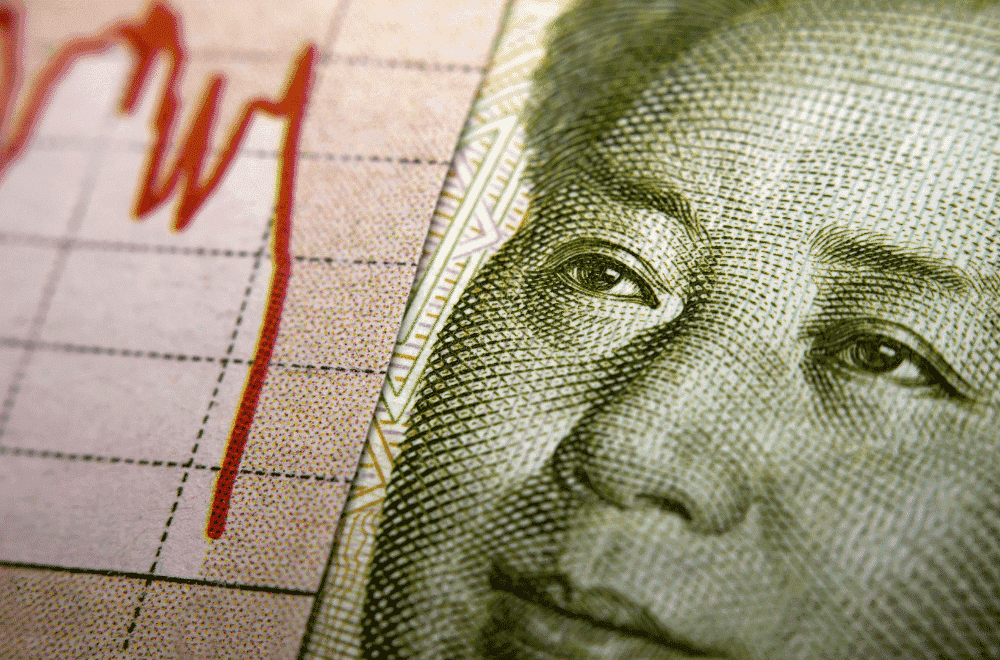 
Editor’s note: This is the second instalment of our look at China’s zero Covid policy. In the first part, we explained the policy—and the violent protests it sparked at Apple’s largest iPhone factory in Zhengzhou on Wednesday.

Wtf happened to the Chinese economy?

In the beginning: China was a global powerhouse—dictating terms to giant multinationals and governments alike. For the longest time, it seemed like everything was ‘made in China’—and decided by China. The first two years of the pandemic only confirmed that view. Through 2020 and the early part of 2021, Beijing’s zero Covid policy ensured normal life—even while the rest of the world was reeling from a tsunami of cases and deaths. And its economy rebounded faster than the others from pandemic shock:

“Across China, schools remained open, and with the world closed off, domestic tourism boomed. So did manufacturing, with China’s exports reaching a record high during those two years while factories in much of the world were hit by COVID-19 restrictions.”

Where we are now: That rosy picture had dimmed considerably by the end of 2021. Exports of goods and services as a percentage of GDP declined from 36% in 2006 to 20% in 2021—about the same as 2001, when China first opened its economy to the world. The domestic economy was also in shambles—thanks to collateral damage from incessant lockdowns and travel restrictions. While malls and restaurants remained shuttered, many lost their jobs or went bankrupt. Youth unemployment is at an all-time high at 20%. Not helping matters: the bursting of the gigantic property bubble and a series of government crackdowns on companies like Alibaba accused of "barbaric" expansion.

Data points to note: Localities accounting for about 19.9% of China's total GDP were under some form of lockdown or curbs this week—up from 15.6% the week before. These economic headwinds may not slow down anytime soon:

“[O]ne key indicator to watch is mobility, which has remained low across all of China’s main cities except for Shanghai, driving down consumer spending and investment. Export growth was also negative in October, declining 0.3% year-on-year, for the first time since June 2020 due to Covid restrictions as well [as] failing demand outside China.”

In the second quarter of this year, China’s economy grew by a measly 0.4%.

Quote to note: The insistence of zero Covid also rings an alarm bell for China’s position in the global economy, according to economists: “If [the exit from zero-Covid] is relatively slow, or the policy goes back and forth, there is a huge question mark over whether an economic recovery will be achieved in the second half.”

Also: “If this goes on for four more months, it will dampen the market expectations and leave more people disappointed. That kind of setback would be much more entrenched.”

Most importantly: The angry protests at the iPhone factory—the largest in the world—are not just a symbol of public outrage. They have had a huge impact on iPhone shipments during Apple’s peak seasonal sales—raising a serious question mark about China’s position as the manufacturing hub of the world.

So why is Xi doubling down on zero Covid?

The high price of exit: Moving out of zero Covid will inevitably lead to a massive spike in cases—since most Chinese have not been exposed to the virus. Bloomberg News estimates that a full reopening may lead to 5.8 million people being admitted to intensive care—in a healthcare system that has less than four ICU beds per 100,000. Also this: “In the first six months of the omicron outbreak, around one-quarter of people in the US and Europe were infected. A similar caseload in China would lead to about 363 million infections and almost 620,000 deaths.”

Why this matters to Xi: The legitimacy of the zero Covid strategy relies on its claims that it has saved precious Chinese lives—in stark contrast to the wanton carelessness of Western nations like the US, where hundreds of thousands have died. Take this lynchpin away, then the sacrifices of the past three years will appear futile.

The high price of fear: For years now, the government has ensured public compliance with scare tactics:

“Authorities have demonized Covid, exaggerating its severity and mortality rate and talking up long-Covid symptoms. Many ordinary people are still very afraid of the virus, with recovered Covid patients suffering from severe discrimination and stigmatization.”

It will be very difficult to suddenly change the narrative—and expect citizens to brave the risk of even mild infections.

The vaccination conundrum: While the Chinese people may not have herd immunity, the government could possibly launch a mass booster vaccination campaign—before easing controls. This is key to dealing with more infectious variations of Omicron. But traditional culture is wary of vaccines—and it is most apparent among elderly Chinese. As of mid-October, only about 57% of the total population and less than 70% of over-60s have received a booster shot.

Why this matters to Xi: As the Financial Times notes: “Despite the Communist party’s enormous powers of social control, ordering the elderly to vaccinate is viewed as a step too far, even for Xi, because of fears it would spark ‘dramatic social resistance’.” Xi is undoubtedly worried about repeating the experience of Hong Kong—where 8,000 people died within weeks when the city exited zero Covid. Most of them were elderly and unvaccinated. As one analyst explains, the government is trapped: “They don’t want to force through a vaccine mandate [but] they can’t afford old people dying. So that is why stringent Covid controls are still in place.”

The ‘made in China’ angle: While Chinese-made vaccines are effective in preventing serious illness, they do not use mRNA technology—which means their effects fade faster. And their strength has never been tested in the middle of a massive outbreak. But Xi has refused to import foreign vaccines. According to China watchers, “The cost of losing national pride, the cost of losing market share to a foreign competitor, is much greater than using a marginally better vaccine that is not 100% effective in preventing infection.”

The Xi factor: Zero Covid is also personal for the Chinese supreme leader—who has framed it as a core achievement of his leadership:

“Under Xi, what began as a public health response has become an ideology, a way of setting China apart from Western countries that initially were overwhelmed by cases and high death tolls. Unquestioning adherence to the policy is also a way to signal absolute loyalty to Xi. Public debate over pandemic measures, more common during the first two years, is virtually nonexistent.”

The zero Covid propaganda also helps conflate obedience to Xi with Chinese pride and determination: “Fighting against the epidemic is both a material struggle and a spiritual confrontation. It is a contest of strength and a contest of will. We will not waver.”

But, but, but: It also means that if zero Covid fails, it will be a personal failure of Xi—who is busy squelching increasing levels of dissent among both the political elite and the public. As one analyst sums it up: “[Zero Covid is] a key marker of Xi’s ability to lead the country through crisis. Its success is inextricably bound with that of Xi’s rule.”

The bottomline: Just a few years ago, many Indians unhappily complained, “Why can’t India be more like China?” Wonder what they think now.

Lancet has the most detailed account of the impact of the zero Covid policy. Washington Post and Foreign Affairs are best on why this is important to Xi. South China Morning Post and CNN lay out the difficulties of crafting an exit strategy. Al Jazeera reports on how the pandemic has been used to build an all-pervasive surveillance system.