All spots for our Red Fort tour are taken—which is very exciting. If you are one of our 20 guests, be sure to look out today for the ‘good to know’ email—which has all the logistical details you need—and a WhatsApp group link to stay in touch throughout. Rachel is really looking forward to meeting all of you:)

One: Portugal beat a feisty Ghana in a very narrow 3-2 win—thanks to an iffy penalty kick decision—which also helped Cristiano Ronaldo become the only male player to score in five world cups. The Telegraph has more details.

Two: Brazil defeated Serbia 2-0, but victory came at a high price. Neymar—who was targeted by nine fouls by the Serbians—has a serious ankle injury that left him in tears. We won’t know if he can continue to play for at least another 48 hours. ESPN has that story.

Three: A determined South Korea held Uruguay to a 0-0 tie—and even global favourite Son Heung-min could not score. If you don’t know who he is, Sports Illustrated has a nice profile of the widely liked Spurs player.

Bonus item: After their storied win over Germany, the Japanese team scored again—this time in their locker rooms. They cleaned it to the last inch—and threw in a sweet thank you note, accompanied by origami cranes. It doesn’t get more Japanese than this. (NDTV) 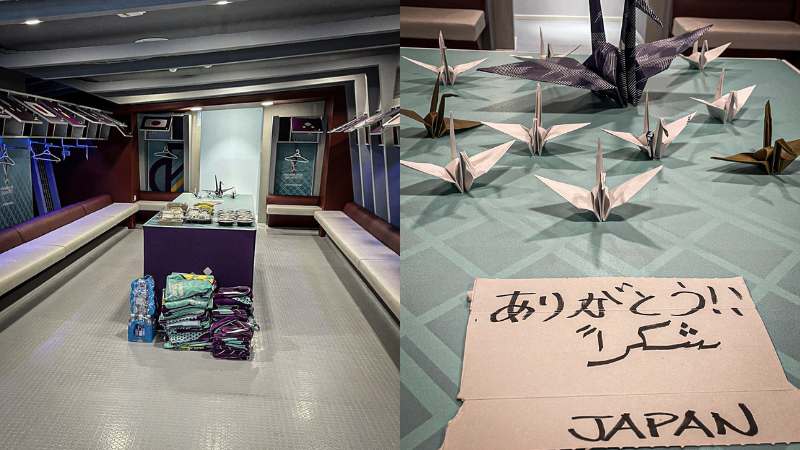 Pakistan gets a new Army chief

It’s a poorly hidden fact that the most powerful job in the country is not that of prime minister, but the head of Pakistan’s military—aka the chairman of the Joint Chiefs of Staff Committee. Yesterday, Prime Minister Shehbaz Sharif named Lieutenant General Syed Asim Munir as the replacement for General Qamar Javed Bajwa—who will step down from his job after serving six years.

The appointment is always significant but even more so at a time when Pakistan is in political chaos. Munir will have to tread carefully in the ugly battle between Khan and the government/military—and navigate the economic havoc created by monster floods. NPR has more on what lies ahead. Our Big Story has everything you need to know about the political crisis. Dawn explains the significance of the post.

Also getting a new leader: Malaysia. Anwar Ibrahim has been sworn in as the prime minister after five days of post-election deadlock—created by a hung parliament. Neither of the two key parties won a majority—but Ibrahim’s Pakatan Harapan party secured the larger share of seats (81). Known as a progressive leader, he has called for greater inclusiveness and political system reforms. But it remains to be seen if his fragile coalition will hold. Channel NewsAsia and BBC News have more while Al Jazeera looks at Ibrahim’s rollercoaster political journey—which has kept him close to the throne but never installed him in it.

The Jama Masjid first announced that it was banning the entry of “girls”—both when unaccompanied and in groups. No, this wasn’t prompted by some overzealous concern for their safety. The Shahi Imam declared: "Jama Masjid is a place of worship and people are welcome for that. But girls coming alone and waiting for their dates... this is not what this place is meant for.” The mosque’s spokesperson added:

“The restriction is for women who come here alone, give time to men, do wrong things, and make videos… making this a meeting point, treating it like a park, dancing, and making TikTok videos are not acceptable in any place of worship, be it a temple, a masjid, or a gurdwara.”

The sweeping diktat inevitably sparked outrage—and prompted an intervention from Delhi Lieutenant-General Vinai Kumar Saxena—who spoke to the Imam. As a result, he “has agreed to revoke the order, with the request that visitors respect and maintain the sanctity of the mosque.”

Meanwhile, in Afghanistan: The Taliban government held the first public lashings since it returned to power in August 2021. Fourteen people—including three women—were lashed at a football stadium “for different sins including adultery, robbery and other forms of corruption.” Hundreds of people attended the event. (Deutsche Welle)

Here’s some good news for the Zuck. Wall Street may be losing interest, but Indians still heart Meta—which is now the largest media company in India—according to Business Standard’s annual report. Wait, what? “Media company”? Many may not agree, but Meta meets Business Standard’s definition—which claims “the ubiquity of the internet has changed the definition of a media company. Telecom, technology, media and even retail firms are all searching for audiences.” Basically, everything is content creation now—be it Netflix, news channel, publication or Reels on Instagram. Meta India is #1 with Rs 161 billion (16,189 crore)  in revenue—followed by Sony-Zee and Disney-Hotstar. FYI: back in 2012, the #1 was Zee followed by the Times Group. The Business Standard report is behind a paywall but Quartz has the basic deets.

A ransomware attack on AIIMS-Delhi

The country’s best-known medical institution was hacked on Wednesday morning—crippling a range of patient services. Everything—from billings to appointments and reports—had to be shifted to manual mode. The hackers demanded money to restore access, according to authorities—though the amount is not known. One reason why AIIMS was especially vulnerable: it is going paperless in January. (Indian Express)

Tata gets itself some Bisleri

The Tata Group is acquiring the iconic Indian brand for an estimated Rs 60 to 70 billion (Rs 6,000 to 7,000 crore). The current owner 82-year-old Ramesh Chauhan is selling the company because he has no heir apparent. While Bisleri once owned ThumsUp and Limca, today it is best known for its bottled water. (Economic Times)

Speaking about the Tatas: Its big airline acquisition Air India has released new grooming guidelines for crew members. And they’re astonishingly detailed: "Two rings with 1 cm of width allowed for the female crew but to be worn one in each hand." While women are banned from sporting blonde or streaked hair, the rules for men are no less specific—and far more amusing:

"Use of hair gel is mandatory. Male crew with deep receding hairlines and male balding patches must keep a clean shaved head or bald look. The head must be shaved daily. A crew cut is not permitted. Grey hair is not permitted.”

Though Air India insists that this makeover is necessary to meet “international standards,” most other airlines have relaxed their rules—including stuffy old British Airways which now allows male crew members to sport piercings and man buns. (NDTV)

The European Space Agency made history for including the first person with a disability in its new batch of astronaut trainees. John McFall is a British medic and a Paralympics medallist—whose right leg was amputated after a motorcycle accident when he was 19. Given ESA’s partnership with NASA on its Artemis mission, some of these recruits may well become the first Europeans to set foot on the moon. (CNN)

Yusuf Shah scored 162 on a Mensa intelligence test—beating the likes of Albert Einstein and Stephen Hawking. What’s even more amazing: He is only 11 years old. He took the test without doing any prep out of  “sheer curiosity.” Of course, like all good South Asian kids, he’s a math whiz who likes solving sudokus and Rubik’s cubes in his spare time. And guess what his father said when the kid aced the test: “We take it all lightheartedly. Even if you are talented, you have to be the hardest worker.” Lol! (NBC News)

Flossie—a British 26-year-old grand dame—is officially the oldest living cat in the world, according to the Guinness World Records. According to her owner, she is deaf and has failing eyesight—but is “so affectionate and playful, especially sweet when you remember how old she is." (BBC News) 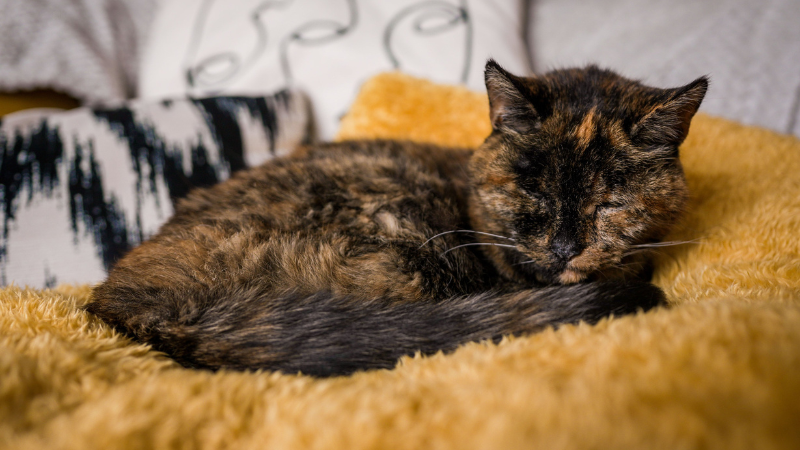