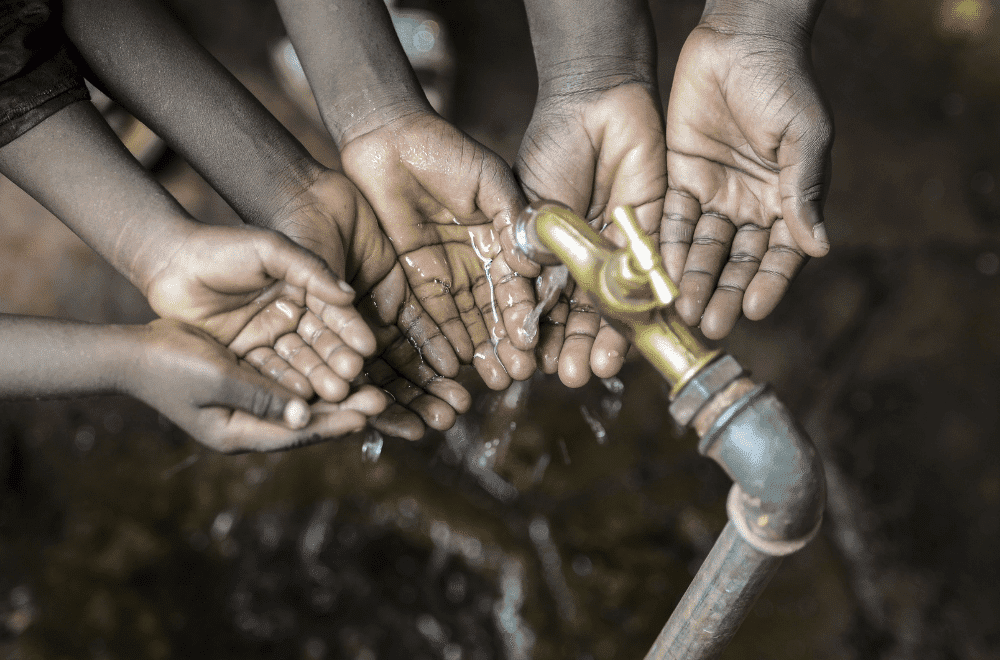 A serious cholera warning: Why the WHO is worried

The number of cholera cases is rising rapidly around the world. And climate change is creating perfect conditions for its spread. Yet, one of the world’s primary manufacturers of the vaccine in India is shutting down production. Here’s why the World Health Organization describes the growing number of outbreaks as “a fire that is just going to keep getting bigger.”

Remind me about cholera…

The bacteria: The disease is caused by two strains (O1 and O139) of the bacterium Vibrio cholerae. It is not infectious—i.e it does not spread from one person to another. The bacteria are found in contaminated water or food. In an epidemic, it also spreads in places with poor sanitation via human faeces.

The symptoms: become visible anywhere between 12 hours to five days after infection. The primary symptoms are acute watery diarrhoea and vomiting—which leads to severe dehydration—that in turn can lead to kidney failure, coma and eventually death. The disease has a mortality rate of between 25-50% if left untreated. But timely intervention can bring that number down to as low as 1%.

The treatment: The difference between life and death is timely rehydration—via oral salts, electrolytes and IV fluids. Antibiotics such as doxycycline, azithromycin and ciprofloxacin are also administered in tandem. And some studies show that zinc supplements can shorten the duration of the illness.

The history of pandemics: The earliest mentions of a cholera-like disease date back to writings of ancient Greek physicians like Galen and Hippocrates. Portuguese historian Gaspar Correa gave the first clinical account of the disease in ‘Legendary India’—describing an epidemic of “moryxy” in India in 1543:

“The very worst of poison seemed there to take effect, as proved by vomiting, with drought of water accompanying it, as if the stomach were parched up, and cramps that fixed in the sinews of the joints.”

The India connection: The first-ever global cholera pandemic in 1817 started in India, as well—originating in contaminated rice in Jessore—now in modern-day Bangladesh. The disease spread through India, Burma and Ceylon—travelling along trade routes to Thailand and Indonesia—where 100,000 died on the island of Java alone. The pandemic spread all the way to the edge of Europe—reaching Turkey and Russia—when it finally sputtered out in the winter of 1823. The first six pandemics all originated in the delta region of the Ganga. The seventh outbreak started in Indonesia—and spread as far as Africa for the very first time.

Point to note: Over recent decades, cholera has become the disease of the poor—with outbreaks limited to regions that either lack access to clean water or are in turmoil due to civil wars. And that makes the disease more dangerous than ever. We explain why below.

The numbers: Back in September, WHO flagged a “worrying surge”—with more than 30 countries having reported cases just this year. As of September 16, there were 39,857 suspected cholera cases, including 114 deaths. But this is likely an underestimate since there is no surveillance system in place for the disease. FYI: the disease kills up to 143,000 people each year. WHO estimates the average fatality rate is almost 3X the rate of the past five years, warning: “Not only do we have more outbreaks, but the outbreaks themselves are larger and more deadly,”

Point to note: The greater cause for worry is that cholera is popping back up in places that have not experienced outbreaks in recent years. For example: Lebanon which reported 1,447 cases and 17 deaths over the span of a month. Syria is in even worse shape with 20,000 cases. FYI: The numbers are still low for India—but Maharashtra has reported 261 cases as of July and six deaths—the highest in a decade.

Why are the numbers rising now?

There are two key factors: climate change and conflict.

Climate change: Over the past couple of years, countries around the world are experiencing more extreme weather. Disasters such as floods, cyclones and droughts reduce access to clean water—creating an ideal environment for cholera to spread. A 2019 study shows that excess rainfall often results in wastewater mixing with raw or treated water—resulting in contamination. But lack of rainfall also increases the concentration of bacteria in the water supply. As the UN secretary general Dr Tedros Adhanom Ghebreyesus puts it, climate change has “turbocharged” the spread of cholera.

A telling example: Let’s take Pakistan which suffered a severe heatwave during the summer followed by devastating floods (explained in this Big Story). Due to the drought-like conditions, people had little access to drinking water—leading to a serious outbreak in May. In one affected area, the lack of rain caused ponds to dry up—and the only source of water was a pipeline which had “rusted and contaminated the water supply.”

By September, however, a third of the country was under water due to what Tedros described as a “monsoon on steroids” and a “climate catastrophe.” The people displaced by the floods were moved to makeshift camps—with little or no access to clean water. Half of all water, sanitation and hygiene facilities were also damaged by the floods. All of which allow diseases like cholera, dengue, and malaria to thrive. The disease is already killing young children—who are even more vulnerable because they are malnourished.

A key point to note: The main host for the cholera bacteria is a zooplankton species, known as the copepod. These zooplankton thrive in warm waters that are rich with nutrients. The Vibrium cholerae play an important role in this ecosystem—by recycling vast amounts of carbon. So the bacteria is a bit of a mixed blessing/curse. Rising ocean temperatures mean that it is far more likely to thrive—and pose a greater danger to us. OTOH, rising levels of CO2 in the atmosphere means that we need this nasty bacteria more than ever. As a climate change expert sums it up:

“The risk of cholera is permanently with us. It can be very effectively prevented, as in the United States and Europe, and treated and cured, but it can never be eradicated, because the host for the agent of cholera is an integral part of the environment.”

Conflict: Just as natural disasters, violence forces people to flee—forcing them into unsanitary conditions in refugee camps. For example, Haiti:

“In Haiti, cholera has broken out as whole neighbourhoods of people displaced by violence are packed into small open patches in Port-au-Prince, sharing a single cracked pipe of water that runs through untreated waste. Cholera is also festering in the country’s severely overcrowded prisons.”

A more tragic example: is Syria—where the bloody, long-drawn war has damaged nearly two-thirds of water treatment plants, half of its pumping stations and a third of its water towers. As a result, raw sewage is being pumped into the Euphrates river—which hundreds of thousands of residents use for drinking water because they simply have no other alternative. The result: 20,000 cases including 75 confirmed deaths (again, a likely gross underestimate since this is Syria). In fact, cholera has spread to next-door Lebanon via Syrian refugees—and the nation is experiencing its first outbreak since 1993.

Surely we have a vaccine for this…

Yes, we do. But here’s the irony: We are headed for a vaccine shortage just as the number of cases are rising. Here’s why.

‘Production economics’: There are two oral cholera vaccines recommended to control outbreaks. The South Korean company EuBiologics makes the bulk of the vaccines—and the other 15% were manufactured by the India-based Shantha Biotechnics. Shantha—a wholly owned subsidiary of the French company Sanofi–—recently announced that it is shutting down production.

The reason is that cholera vaccines don’t make good business sense. Unlike, say Covid, the disease mainly affects poor countries—not affluent, industrialised nations. So pharmaceutical companies in high-income countries have little interest in making the vaccine that usually sells for about $1.50 a dose. As a WHO expert explains: “It’s a marker of vulnerability and poverty and will never affect a rich country not at war.”

Also this: The demand for the vaccine is erratic—tied to the rise and fall of outbreaks. And it is typically used only in hot spots—and doesn’t cover an entire country. The goal is usually to buy the government time until it puts sanitation facilities in place. But the global vaccine alliance GAVI is trying to solve this problem by turning to a preventive strategy—routinely supplying vaccines in places where the disease is endemic:

“It will also help with this ‘peaks and troughs’ view. As you can imagine from a manufacturing perspective, it is difficult to be able to just turn production on and off at very short notice… What we’ve done with GAVI financing is show manufacturers that there is a certainty of regular funding for vaccines, and the minimum stockpile that we want to have at any point in time for outbreak is five million doses.”

The shortage: 36 million doses of the cholera vaccine will be produced this year. Of these, 24 million have already been shipped out for vaccination campaigns—mostly (83%) to control outbreaks. The remaining eight million have already been designated for a second round of emergency vaccinations in four countries—Cameroon, Malawi, Pakistan and Kenya.

The single dose solution: Faced with a shortfall, the WHO has now switched to a single dose regimen—as opposed to a recommended two doses. This does offer protection against the disease, but for a shorter duration—only somewhere between six months and two years. A full dose is good for up to four years. More worryingly, we don’t know enough about the level of protection one dose offers—since this decision is unprecedented: “We have never had to make a decision like this about vaccination before, that’s the severity of this crisis.”

The bottomline: The pandemic ought to have taught us that disease is a burden shared by all humanity. And the (un)natural disasters sweeping across the world have shown that no one is immune to climate change. But have we learned our lessons?

New York Times, The Lancet and The Health Policy Watch are very good on the vaccine shortage.  The Guardian has more on Shantha’s decision to shut down vaccine production. The WHO and CDC offer solid explainers on cholera. American Scientist is best on the link between climate change and cholera. Al Jazeera has an excellent report on the looming health catastrophe in Pakistan.