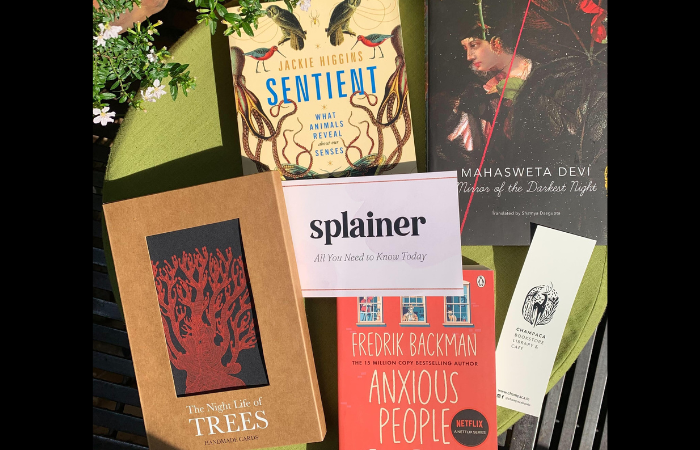 What this is about: In collaboration with our partners Champaca, we put together this lovely goodie bag with great care—in the hope that it will inspire wonder, laughter and delight. This is just for you—we don’t make money off this box. So you better get it before it’s gone:)

The big bonus: The box comes with a quarterly gift subscription worth Rs 900. You also get two specially-illustrated Champaca bookmarks—so you can keep track of your reading in style;)

The US President met his Chinese counterpart for the very first time since taking office at the G20 summit in Bali. Their three-hour conversation yielded two key breakthroughs. One: they both agreed Russia must not use nuclear weapons in Ukraine. Two: a commitment to continue climate change negotiations—which is good news for the rest of the world. Also this: “Public statements from both sides also appeared to indicate a basic foundation that each recognizes the critical nature of their rivalry, and both want to ensure that it doesn’t boil over into a war.” CNN has more analysis.

The COP27 summit finally delivered some real change—albeit, of the modest kind. Developed countries have agreed to fund a G7 ‘Global Shield’ initiative to help vulnerable and low-income countries rebuild after climate disasters. The first beneficiaries: Pakistan, Bangladesh and Ghana. Key point to note: this is financing for disaster insurance—not disaster prevention. And that’s why a number of activists are unhappy:

“But [Harjeet] Singh from Climate Action Network said what countries need is a clear loss and damage funding mechanism. Insurance doesn't cover slow onset events that cause serious damage like sea level rise or desertification, he added. It also often pays out too little in a disaster, or doesn't pay out at all, said Singh. According to a DW analysis from 2018, climate risk insurance in Africa payouts covered 9.4% of climate-related damage.”

Deutsche Welle has more details on the initiative—and the debate it has sparked.

Editor’s note: We are neither embedding or linking to the video referenced in the item below—out of respect for the victim and, well, all human life.

Yevgeny Nuzhin was a convict—who was recruited from a Russian prison by the Wagner Group—which supplies soldiers-for-hire to Moscow. He was taken to the front—where pardoned prisoners like him were used as cannon fodder. Nuzhin defected to the Ukrainians—and gave a number of press interviews describing the inner workings of the shadowy and feared mercenary group.

But Nuzhin was abducted in Ukraine and then killed with a sledgehammer. This is how Wall Street Journal describes it: “[A] man standing behind him swung a sledgehammer into his neck. Mr. Nuzhin fell backward and the man delivered another sledgehammer blow to him on the floor.” Wagner Group chief confirmed the brutal execution—calling Nuzhin a traitor: “For the dog, a dog’s death.” (Wall Street Journal, paywall, Reuters)

An equally horrific killing: A man killed and chopped up the body of his live-in partner into pieces—and scattered them in Delhi’s Mehrauli forest. The Hindu and Indian Express have the key details.

Amazon: plans to lay off 10,000 workers—which will be the largest job cuts in its history. The total represents less than 1% of Amazon’s global workforce and 3% of its corporate employees. The key areas to be affected: devices organisation, retail division and human resources. OTOH, Jeff Bezos announced plans to give away most of his $124 billion fortune:

“Although Bezos did not provide many specifics, he said he wanted his wealth to go to fighting climate change and supporting people who can unify humanity in the face of deep social and political divisions.”

Twitter: It’s not just full-time employees who have lost their jobs. The company has sacked 4,400 of its 5,500 contract employees—most of whom worked on key areas like content moderation. The firing process was especially brutal: the access to their Slack and email were simply stripped off—and their managers were left to figure out why their contract staff had disappeared from the system. Axios has more deets. Also read: our previous Big Story to understand why Musk is so frantic to cut costs.

Apple: is being sued for violating the very user privacy it claims to protect. Two independent researchers revealed that its apps are stalking every move you make—even after you turn off tracking in your settings:

“The App Store appears to harvest information about your activity in real time, including what you tap on, which apps you search for, what ads you see, how you found a given app and how long you looked at the app’s page.”

Your iOS’ other in-built apps—including Apple Music, Apple TV, Books, and Stocks—have exactly the same problem. According to Apple, turning off your ‘iPhone Analytics’ stops the tracking—but it seemed to have zero effect, according to the researchers. FYI: the only ‘safe apps’ are Wallet and Health. The class action lawsuit does not focus on the collection of data—but on the false promise that such tracking can be switched on and off. Gizmodo has more on the investigation, while Mashable has details of the lawsuit. This video shows you exactly what’s happening:

Musical rats: Japanese researchers revealed that rats bop their heads—ever so slightly—to move in time to music. The music they heard included Mozart, Lady Gaga, Michael Jackson and Queen. Why is this interesting?

“The research undercuts a longstanding theory that the ability to sync body movements with musical rhythms is found only in animals that can change the sounds they produce in response to experiences. These so-called vocal learners include some birds, bats, elephants, whales, dolphins and seals, in addition to humans.”

More notably: the tempos preferred by rats are very similar to humans—which raises the question: is there a biological basis for our musical preferences? Read the original study here. (Wall Street Journal)

A breakthrough for paralysis: Imagine this: people who are paralysed by an accident can miraculously walk after doctors zap their spinal cord with an electrical jolt. Here’s why it works:

“A bad fall or car accident can sever nerve connections in the spinal cord, cutting off the circuitry that allows people to control various parts of their body. But some connections remain. Zapping these with electricity—by surgically implanting a bundle of electrodes into the lower spinal cord—in combination with physical therapy and rehab can restore limb movement, bowel and bladder function, and even sexual activity.”

But the researchers did not understand why or how this treatment works. Tests on mice have now isolated key neurons that help in recovery from paralysis—offering hope for treatments that can more accurately target the right nerves. (Science)

First, the government submitted this critically acclaimed movie—about a young man who falls in love with a trans woman—as Pakistan’s official entry at the Oscars. Now, it has banned it due to pressure from rightwing Islamist groups—who accuse the film of promoting homosexuality and being “against Pakistani values.” Why this matters: “The ban jeopardises the film’s chance at the Oscars as it is a condition of entry that the film must be shown in its home country.” We featured the trailer before, but you can see it again below. (The Guardian)

The most regretted college major: Journalism

This is US data but it is still very telling. A new survey found that 44% of all US job-seekers regret their college major. The degree that sparked the greatest remorse: journalism (87%)—followed by sociology and liberal arts at 72%. The degrees jobseekers have zero regrets about: computer/information sciences (72%), criminology (72%) and engineering (71%). Of course, it has everything to do with the size of the salary offered for these graduates. Hmm, maybe it’s time to revisit our life choices. (CNBC)

One: An unhappy AAP party worker found a novel way to protest the party’s refusal to give him a ticket in the Delhi municipal elections. He clambered up an electrical pole—and livestreamed the action! (Hindustan Times)

Two: There are daisy chains and then there are beard chains. Behold the longest and most whiskery chain of them all. It measures 150 feet long, and is now in the Guinness book of records. FYI: this Wyoming wonder is more than double the previous German record of 62 feet and 6 inches set back in 2007. (Associated Press)

Three: The winner of the 2022 Doodle for Google competition is nine-year-old Shlok Mukherjee—who won for his entry titled 'India on the centre stage'. The contest for school kids received over 115,000 entries—who were asked to respond to the prompt "In the next 25 years, my India will...." (NDTV) 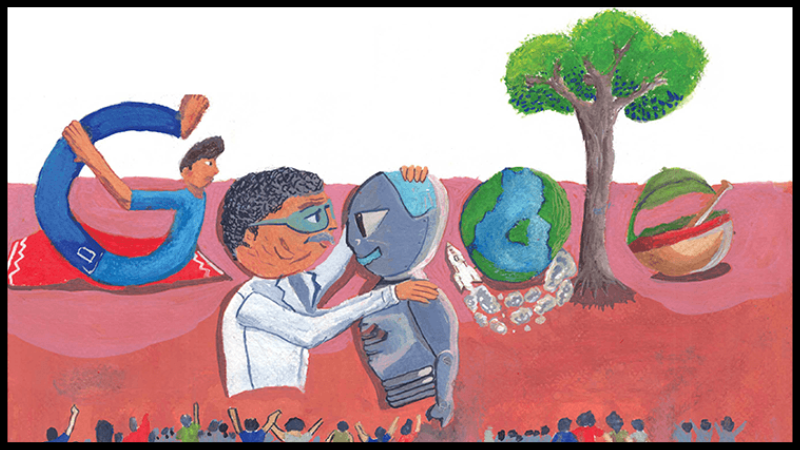