Oxford University scientists have developed a new vaccine that could reduce deaths from malaria by 70% by 2030. Called R21/Matrix-M, it prevented 80% of deaths in clinical trials in Africa—conducted at the peak of malaria season. The Serum Institute of India, has agreed to manufacture 200 million doses a year of the vaccine, starting in 2023. Why this matters: “One child under the age of five dies from the disease every 75 seconds, despite the use of bed nets, preventative drugs and insecticide sprays.” (Sky News)

In good news about Parkinson’s: Scientists have developed a simple skin-swab test that is 95% accurate in detecting Parkinson's disease—and can do it within three minutes. They swabbed the sebum—the oily substance on our skin—on patients' backs and detected 500 unique compounds. Why this matters:

“Prof Perdita Barran, who led the research, said there was not currently a chemical test for Parkinson's disease and many thousands of people were on waiting lists for a neurological consultation. She said developing a confirmatory test that could be used by a GP would be ‘transformative’.”

Point to note: the diagnostic tool has only been tested under lab conditions—so it isn’t ready for the real world as yet. (BBC News)

Virat Kohli scored his 71st hundred—the first after 1020 long days—against Afghanistan. He notched up 122 in India’s victory against Afghanistan—which we won by 101 runs! Of course, the win doesn’t mean very much since we’re already out of the tournament. But the century certainly does to Kohli who has been under pressure for his form—and to the Indian team which heads next to Australia for the T20 tournament. Indian Express has all the details on his century. See the triumphant moment below.

Amazon wants you to belt up!

One reason why ex-Tata Sons chairman Cyrus Mistry died in a car accident is that he was not wearing a seat belt (explained here). In response, the government announced that car alarms on backseat belts will become mandatory. Amazon has now taken down blockers on such car alarms. These are metal clips inserted in seat belt slots to bypass the alarm. (Reuters)

The strange link between tweets and temperatures

A Lancet study shows that there is a marked spike in hateful tweets when the temperatures rise or fall to extremes. To be precise, hateful tweets that contain racist, misogynistic and homophobic views jump by 22% when temperatures breach 42°C—and there is a 12% rise when temperatures go below 13°C. The best weather to minimise the hate: between 15°C to 18°C. Researchers attribute this to the link between climate and human aggression—which has become “more prominent than ever” thanks to climate change.

Also notable: “Incendiary tweets flared across all climate zones irrespective of factors such as income and political or religious outlook.” Point to remember: The findings are limited by the fact that the study only looked at English language tweets—and could not eliminate bots. (Independent UK)

Artificial sweeteners are no good for you

A new study out of France shows that using artificial sweeteners increases the risk of heart disease by almost 9%. They were also linked to a nearly 20% higher risk of conditions which affect blood flow to the brain. These include the kinds used in drinks, table top ‘sugars’ and dairy products. Researchers warn that “these food additives, consumed daily by millions of people and present in thousands of foods and beverages, should not be considered a healthy and safe alternative to sugar.” (Sky News)

The widely popular children’s series featured its first same-sex couple—the two moms of Penny Polar Bear. This is the first in its 18-year history—and also rare for a program aimed at preschoolers. Queer rights activists are delighted. (BBC News) 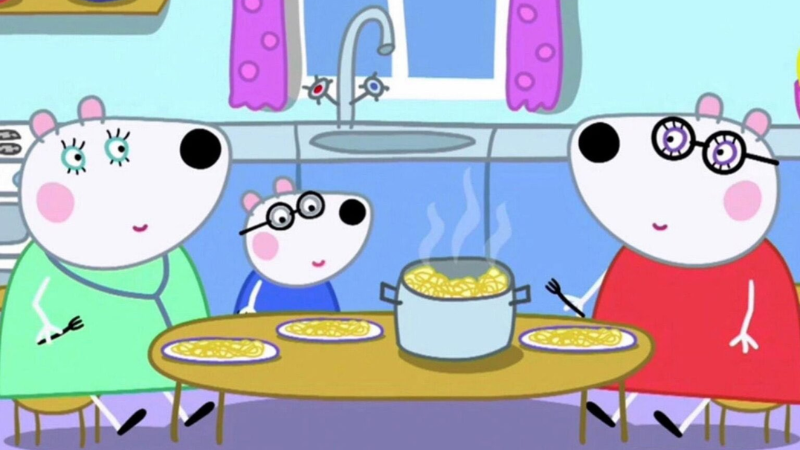 China cracks down on overpriced mooncakes

Mooncakes are a traditional dessert baked in a variety of designs and fillings—and exchanged during the mid-Autumn festival. In recent years, they have become status symbols that can cost upwards of $23 per cake. Even luxury brands like Louis Vuitton, Fendi and Burberry have all dipped their hands in the $2.43 billion mooncake business.  The government is now determined to put an end to this madness—and has imposed a price cap of $71 per box. This is part of the Communist party’s push to discourage “vulgar” practices that reflect “rampant money worship.” (The Guardian)

DALL-E and Midjourney are wildly popular AI programs that generate art when you input textual ‘prompts’. The quality of what you get pretty much depends on what you put in. So, prompt engineer’s are now selling “a string of words that you paste” into the system on a marketplace called PromptBase. Why this stuff sells:

“The prompts are more complex than a few words of description. They include keywords describing the intended aesthetic, the important elements for a scene, and brackets where buyers can add their own variables to tailor the content. Something like the nail art design might include the positions of the hands, the angle of the pseudo-photographic shot, and instructions for tweaking the prompt to produce different manicure styles and themes.”

It may sound like an odd thing to buy, but it takes a certain amount of sophistication to create a good ‘prompt’. Besides, they only cost between $2-5. The example below shows a cityscape—that you might buy to build a world or games. (The Verge) 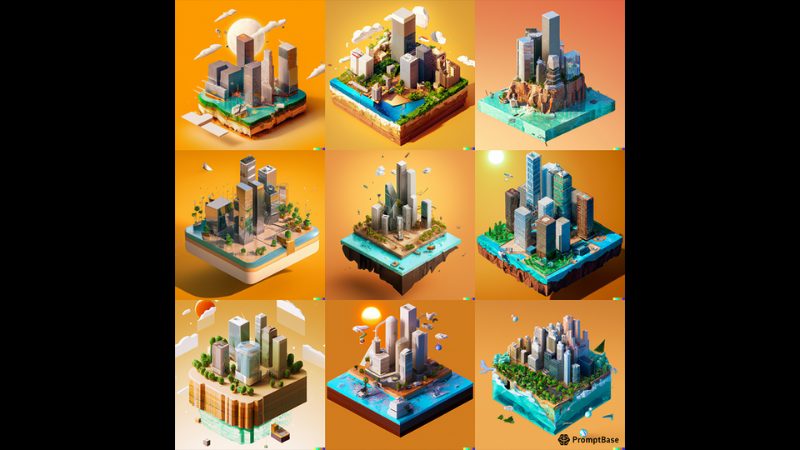 One: Researchers in Indonesia have found the earliest evidence of amputation in a cave called Liang Tebo. It shows that humans knew how to perform surgery at least 31,000 years ago. The person lost their leg as a child and likely lived until their late teens or early twenties–and was cared for by others. Why this is an exciting discovery: “Amputations… require a comprehensive knowledge of human anatomy and surgical hygiene, and considerable technical skill”—which is quite an achievement without modern medicine.” (BBC News) 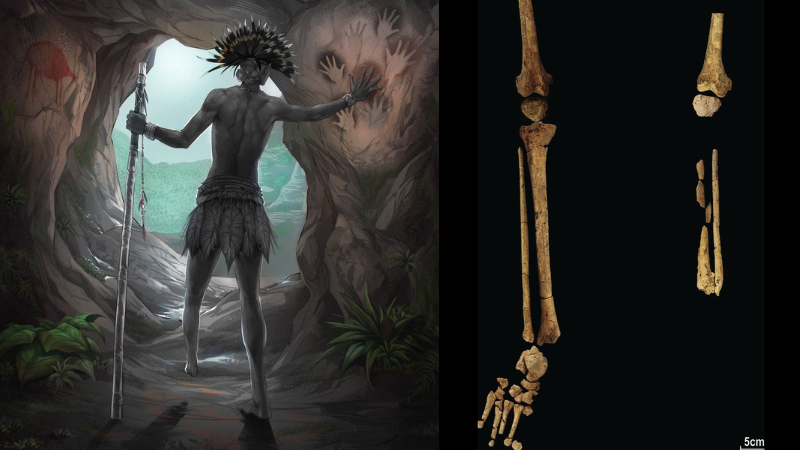 Two: Coffee capsules are responsible for thousands of tons of waste every year. A Swiss company Migros unveiled a new coffee-making system called CoffeeB that uses spherical capsules—or ‘coffee balls’. Unlike capsules, they are not encased in plastic or aluminium, but in a thin, flavourless, seaweed-based cover—that is fully compostable. It also switches itself off after a minute—which makes it energy efficient. CoffeeB will be rolled out first in Switzerland and France this year, and Germany in 2023. Watch an advert for the product below: (Associated Press)