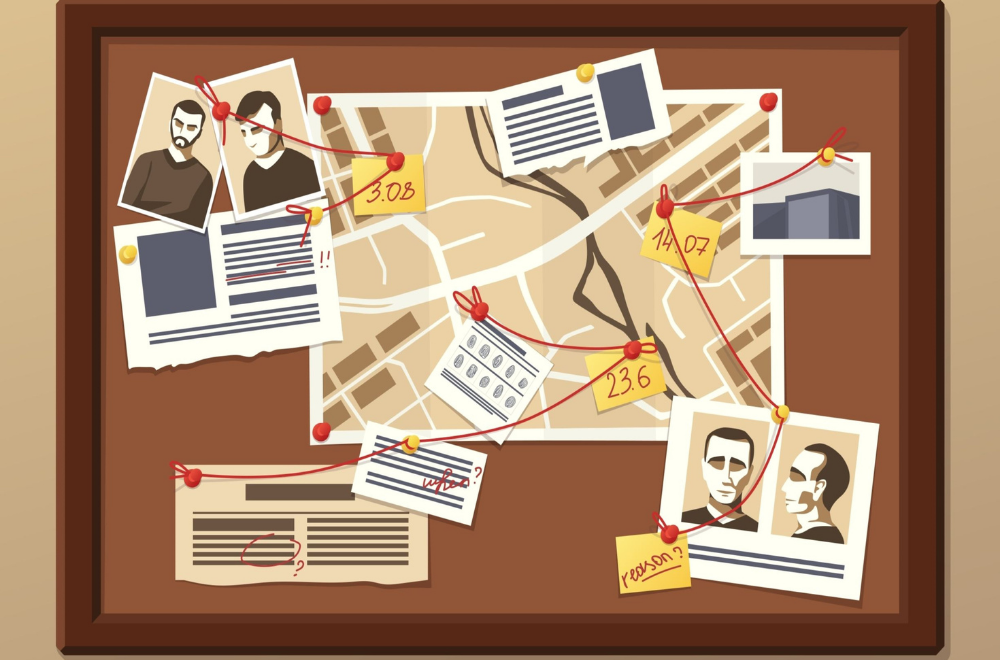 The trial of the 17 accused of conspiring to murder Lankesh finally got underway last month—nearly five years after her murder. The defence strategy is clear: blame the victim. And while it may not work to acquit the killers, the most important facts may already be buried—the connections to three other killings and the role of a cult-like Hindutva organisation called Sanatan Sanstha.


Editor’s note: Popular memory has always been fickle—but even more so in a world driven by social media, and never-ceasing deluge of controversies. And the price of that became clear to us when we decided to revisit the Gauri Lankesh killing. It’s astonishing how much vital information—and fantastic journalism—has been buried and forgotten. And it’s just been five years since Lankesh was killed! FYI: You can read the shocking details about the killing—and the accused—in part one of this series.

The long delay: The first chargesheet was filed in May, 2018—and three others followed over the next couple of years. They ran into thousands of pages and named hundreds of witnesses—and 18 accused. And yet the case remained in limbo—due to multiple petitions filed by the defence as a delaying tactic.

The ‘organised crimes’ angle: The case was also muddied by a Karnataka court ruling that banned the application of the state’s stringent organised crimes law to one of the suspects. This is critical since it allows the police to introduce evidence such as confessions before an investigating officer—and makes bail nearly impossible. The Supreme Court finally ruled in 2021 to restore the organised crime charges—after her sister Kavitha appealed the ruling.

The charges: were finally framed last year. They include murder, criminal conspiracy, and a number of crimes covered by the Gun Act and Karnataka Control of Organised Crime Act—since trained gunmen carried out the crime.

Point to note: Even though the key accused confessed their crimes to investigators, they are now all pleading not guilty.

The trial: kicked off on May 27—and is expected to continue without a break in the coming months. Proceedings began in earnest on Monday. That’s when we first got a taste of the defence’s line of attack—when their attorney questioned her sister:

As we noted before, a number of the accused have confessed to their crimes—including Parashuram Waghmore who pulled the trigger. And the Special Investigative Team’s 9,235-page chargesheet includes statements made by them. But two men later refused to sign their statements—Amit Degwekar and Amol Kale.

The kingpin: Kale is the “number one accused” who recruited the others, and planned and funded the killings. Kale told the SIT that “it was one of Gauri’s essays—in which she argued that Hinduism was not even a religion, it was just an orphan—that sealed her fate.” And this:

“We decided to eliminate these ‘Durjans.’ Initially, a three-pronged approach was suggested to tackle them in which their property and source of income should be targeted, followed by inflicting physical injury and then eliminating them.”

FYI: The list of ‘durjans’ to be killed included Girish Karnad.

The defence’s response: is simply this:

“It is nothing but a cock and bull story. If these people killed Gauri then where is the gun? Where are the other evidence? These statements which is claimed to be made before cops will not stand legal scrutiny.”

While the Naxal card may not save the accused, certain key facts about Lankesh’s killing may remain obscured. The most important bit: The evidence that ties her death to three other killings that were almost identical. For starters, look at the overlap in the accused:

Point to note: The other three cases have finally limped their way into court this year.

The Sanatan Sanstha connection: More importantly, many of the accused in these four cases—especially key players like Kale and Tawde—were active and devoted members of this organisation. The Sanstha has two ashrams in Goa and Panvel, Mumbai—and officially runs activities in 17 states. It bills itself as “a charitable trust”—is led by a former doctor and self-styled guru who specialises in hypnotherapy. It has been accused by many of being a cult that brainwashes its followers. Also: its sister organisation is the Hindu Janajagruthi Samiti.

Also this: Kale and the others accused in the Lankesh killing “strictly followed the guidelines and principles mentioned in Kshatra Dharma Sadhana, a book published by Sanatan Sanstha.” FYI: the book calls on followers to “destroy evildoers”—claiming that “so long as evildoers exist in society, we cannot live in peace.” Also notable: The Sanstha told TIME that its followers accused of the four killings are innocent—and have been framed.

What caught our eye: This striking observation buried in a 2018 Mint deep dive:

“An ATS [Anti-Terrorism Squad] official, who did not want to be named, said outfits such as Hindu Janajagruti Samiti, Shri Sriram Sene, and Hindu Yuva Sena, were part of the larger Sanatan Sanstha family and the people arrested so far ‘only technically’ belonged to different organisations.”

Protected from prosecution? The secretive organisation was dragged into the spotlight after being implicated in bomb blasts in Maragaon, Goa, in 2009. Despite demands from parties like the Congress to ban it, the Sanstha remains unscathed to this day. And here’s why, according to an ATS official:

“For operative reasons, neither the Karnataka SIT nor the CBI nor Maharashtra ATS have named the Sanstha in the case[s] so far. If we are seeking a ban on an organization, we have to establish the organization’s involvement in terror activities.”

In fact, in the Lankesh killing, the SIT is adamant that the “terror cell” acted alone. Thus, the Sanstha spokesperson can blithely claim:

“If the CBI, ATS, and SIT are so sure, why haven’t they named us yet? We are a charitable trust engaged in spiritual activities, we file income tax returns, our activities are in public domain. The demand for ban is part of the conspiracy which believes in the dictum—call a dog mad and shoot it."

Irony alert: Sanatan Sanstha has indeed been banned—but by Facebook which kicked it off the platform for sharing hate speech and misinformation.

The quote to note: When asked by Mint if the BJP wants to separate the “militant fringe” from the party’s brand of Hindutva, a Maharashtra leader said:

“This is purely a crime investigation and there is nothing political about it… Also, why would the BJP go after them just for the heck of it? Projecting this as our action against the Sanstha could be politically, philosophically, and theosophically counter-productive for the BJP.”

OTOH, the RSS has pointedly distanced itself from the Sanstha and all other militant Hindu organisations.

FYI: The Sanstha continues to thrive—with its own website and even Twitter handle. There’s no longer any talk of banning it.

The bottomline: There may be some measure of justice—however slow—in the killing of Gauri Lankesh. But the larger connections may never see the light of day.

The Mint long, extensively reported piece on the Sanatan Sanstha is an absolute must-read. The Print lays out some of the quirkier aspects of its ideology—while TIME explains why Facebook banned the group. Bangalore Mirror did an excellent job of going through the Lankesh chargesheet—and unearthing important information about Kale and the murder plot. The News Minute and The Quint have more on the trial proceedings. Be sure to check out part one—which has a lot more on Lankesh and the actual killing—and its own reading list.