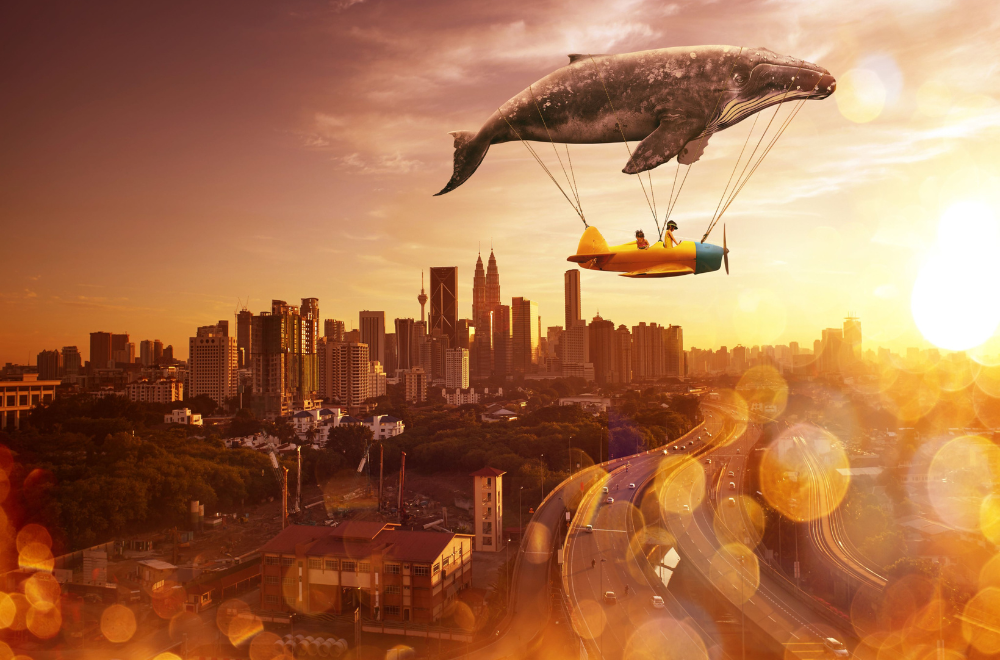 Crown Prince Mohammed bin Salman recently unveiled new designs for a $500 billion city in the desert named NEOM. Its fantastic vision has sparked both amazement and eye-rolling scepticism. Here’s a guide to this seemingly insane plan for a grand Saudi makeover.

First, some background: The futuristic megacity is part of 2030 Vision—unveiled months after Prince Mohammed bin Salman (aka MBS) was anointed as the heir to the Saudi throne. The city is part of a strategic plan to wean the Saudi economy off oil—and expand sectors such as health, education, infrastructure and tourism. Equally important aims:

Quote to note: Once an international pariah, MBS recently took a trip to Europe—where he was warmly welcomed by the likes of French President Emmanuel Macron. As one rights activist bluntly puts it:

“MBS is doing it again: reviving a dystopian vanity project to distract from an abysmal human rights record, while indifferent Western leaders are welcoming him after he learned to hide his fingerprints from ongoing atrocities.”

About the name: NEOM is a portmanteau word that combines the Greek word for “new” (neo) and the Arabic term for “future”—mustaqbal. Happily, it is also the first letter of the Prince's name.

The basic deets: The city-state—spread over an area of 26,500 square kilometres—is located on the Red Sea in northwestern Saudi Arabia. The entire project will be made up of 41 islands. The project is slated for completion in 2025—and is expected to house over 2 million residents by 2030 and 9 million by 2045.

The two key words used most often to describe NEOM are "futuristic" and "sustainable". According to the Saudis, all energy in NEOM will be 100% renewable with zero emissions—powered by solar, wind and hydrogen-based electricity. As for the tech, well, more on that later. Let’s just say that MBS calls it a “civilisational revolution” and “the best liveable area—by far—in the whole planet.” You can watch the promo video below:

NEOM is made up of a number of core projects.

Trojena: is the tourist destination in the mountains of Sarawat. It will offer year-round skiing in the middle of the desert—and includes a “folded” vertical village called The Vault that “connects the physical and digital worlds.” No one knows what that means but the promo video (below) left most architects unimpressed: “With all that angled mirror glass, there'll be solar death rays bouncing back and forth making…crossing a bridge like an episode of Squid Game.”

Oxagon: will be the world’s largest floating megacity—spanning 48 square km. The octagon-shaped metropolis—designed to minimise land use—will be home to most of NEOM’s residents. 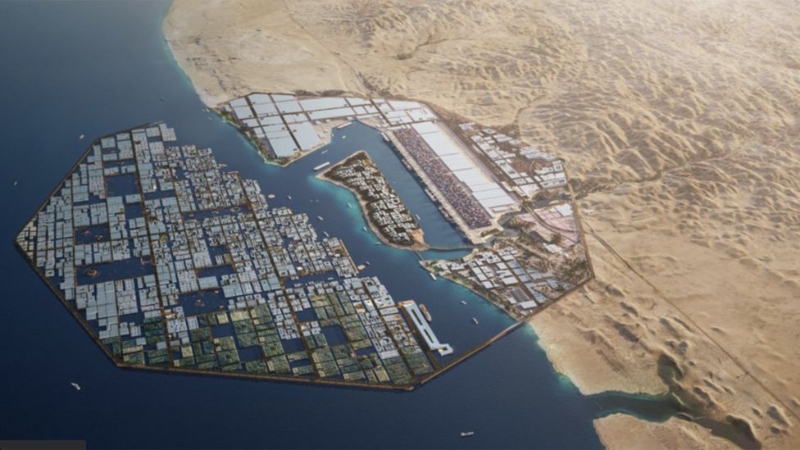 Mirror LINE: This is the most recent ‘big reveal’—unveiled last week by the Saudis. The 170-kilometre skyscraper will run in a straight line through the desert—and house five million residents. Touted as the crown jewel of NEOM, it consists of “two skyscrapers as tall as the Empire State Building running in parallel, connected by walkways.” Also this:

“The linear city, powered by 100pc renewable energy, will shun cars and roads in favour of high-speed underground train lines. It will feature walls of ‘vertical’ farms to feed its residents. A dazzling entertainment offering will include a sports stadium up to 1,000 feet above the ground and a marina for yachts between the two buildings.”

See the promo video below or more photos here.

FYI: NEOM is just one of MBS’ fantastical projects. The others include the Red Sea Project—a luxury resort on the western coast and Qiddiya—which is slated to be the world’s largest entertainment city.

It all sounds a bit unreal….

Yes, it does. And that’s the main criticism of NEOM. Wall Street Journal got a peek at confidential plans, which included: flying taxis, robot maids, dinosaur robots in a fake Jurassic Park, glow-in-the-dark sand, and a giant artificial moon. And this:

“An internal Neom ‘style catalog’ viewed by Bloomberg Businessweek includes elevators that somehow fly through the sky, an urban spaceport, and buildings shaped like a double helix, a falcon’s outstretched wings, and a flower in bloom.”

An American exec who quit the project said: “I was not alone in realising that it was spurious at best…The complete absence of being tethered to reality, objectively, is what was demonstrated there.”

A Hollywood production? Many of the ideas for NEOM are literally imported from tinsel town:

“Over the past several years, Neom has commissioned work from Olivier Pron, a designer who helped create the look of the Guardians of the Galaxy films, and Nathan Crowley, who’s known for his work on the Dark Knight trilogy. It’s also hired Jeff Julian, a futurist with credits on World War Z and I Am Legend, movies that depict a zombie apocalypse and the aftermath of a pandemic that’s wiped out most of humanity, respectively.”

FYI: The glow-in-the-dark beach was ditched because it “wasn’t imaginative enough for NEOM’s leadership.”

Point to note: MBS is not the first Saudi despot to entertain futuristic fantasies. In 2005, his uncle Abdullah bin Abdulaziz—then the Saudi king—grandly unveiled the King Abdullah Economic City (KAEC) project—which proved to be a dud. That said, the money allocated to KAEC was a piddly $27 billion—compared to NEOM’s $500 billion budget.

Also not helping: NEOM may be impractical—but it’s also proved to be not very effective in remaking MBS or Saudi Arabia. The project has been mired in controversies from the very start:

The bottomline: NEOM sounds more like a megalomaniac’s mirage than a revolutionary dream. But as long as the Saudis keep pumping that oil—and MBS keeps doling out his $500 billion kitty—no one really cares.

NEOM’s website has everything you need to know about the grand plan—or you can read Fortune’s overview. Carnegie lays out how MBS is using NEOM as a diplomatic tool—while CNN has more on Saudi Arabia’s grand tourism plans. The Atlantic and Economist have excellent profiles of MBS. Al Jazeera and The Guardian report on the tribes being evicted from their land. Wall Street Journal (splainer gift link) has an excellent piece on the insane management style of NEOM’s leadership.