Jack Ma heads for the door

The Chinese billionaire will cede control of the fin-tech giant Ant Group Co—which has been under tremendous pressure from the government. Authorities blocked its $34 billion-plus IPO in 2020 at the last minute and have forced the tech company to restructure itself as a financial company subject to supervision by the nation’s central bank. Ma’s exit is part of this overhaul. He currently owns a 50.52% stake. Reminder: the fortunes of Ma and his companies have been nosediving ever since he criticised government regulators. (Wall Street Journal)

Also not doing well: Meta which announced its first-ever decline in revenue—which dropped by 1% compared to the previous quarter. And its profits have tanked by 36% since last year:

“Meta’s declining revenue was especially stark given that as recently as 2019, its quarterly revenue growth was 28 percent. The company attributed its most recent lacklustre financial results to weaker demand for digital advertising and the broader economic uncertainty.”

In other corporate news: Dunzo is threatening to suspend delivery partners who act up. The message sent by the company read: “It is to inform you that any ID found at the location of a strike will be permanently suspended. Please don’t be a part of a strike or support a strike either.” But Dunzo later claimed it was a mistake—and apologised. Delivery partners have long been unhappy with the company—and a number of them recently went on strike in Bangalore. The main complaints: wages, wage structure and the 10-minute delivery requirement. (Inc42)

At least 28 women inmates were assaulted and raped by male prisoners in a county jail.  During a “night of terror” last October, prison officers gave the men access to the women’s pods in exchange for money. They then “raped, assaulted, harassed, threatened and intimidated” women for hours—without anyone intervening to protect the survivors:

“Amazingly, even though there were surveillance cameras positioned in locations that showed the male detainees accessing the women’s pods, and even though the incident involved multiple male detainees and dozens of victims over an extended period of time, not a single jail officer on duty that night came to the aid of the plaintiffs and the other victims.”

The women are now suing the prison officers. We’ve left out the gruesome details, but you can read more over at the Washington Post or New York Times.

Chinese rocket is plummeting down

A 25-ton rocket recently used to launch a module for the Chinese space station will come crashing back to Earth. But no one knows where it’s going to fall exactly. But it will most likely hit a populated area:

“Due to the uncontrolled nature of its descent, there is a non-zero probability of the surviving debris landing in a populated area—over 88% of the world’s population lives under the reentry’s potential debris footprint.”

Beijing is accused of being reckless and irresponsible—as this isn’t the first time that a Chinese rocket has raised alarm. In 2020, massive pieces of space junk showered down on a village in the Ivory Coast. But no one has been injured…yet.  (Futurism)

An alarming report on long Covid

New research shows that 5% of patients—some 27 million people worldwide—have suffered a long-lasting loss of smell or taste. The better news: around 75% of those who lost these senses regained them within 30 days. It also showed that women were less likely to recover than men. Why this matters: “People who are unable to smell or sense flavors can have higher rates of psychiatric illness, depression and anxiety.” In extreme cases, it may even lead to malnourishment. (NBC News)

Dogs know when you’re being mean

According to a new study, dogs may be able to read our intentions. The researchers sat inside a clear box and held out a bit of sausage:

“When the dog approached, the experimenter attempted to feed them a slice of sausage through a hole in the front panel of the box. In some of the trials, the experimenter brought the food to the hole but then quickly pulled it back, teasingly. In other trials she clumsily dropped the food once it reached the hole.”

More amusingly, when the dogs knew they were being jerked around, they showed it “by behaviours such as spending longer periods away from the experimenter and looking away from them more frequently.” In other words, they sulked. (Times UK, paywalled, or Science)

One: A team of scientists have discovered a mysterious set of holes that have been dug into the ocean floor—at bizarrely regular intervals. According to researchers, “While they look almost human made, the little piles of sediment around the holes make them seem like they were excavated by...something.” They’re located 1.7 miles beneath the surface. No one knows who or what made these holes, but this one is our favourite theory: “I would say starfish doing cartwheels.” (Futurism) 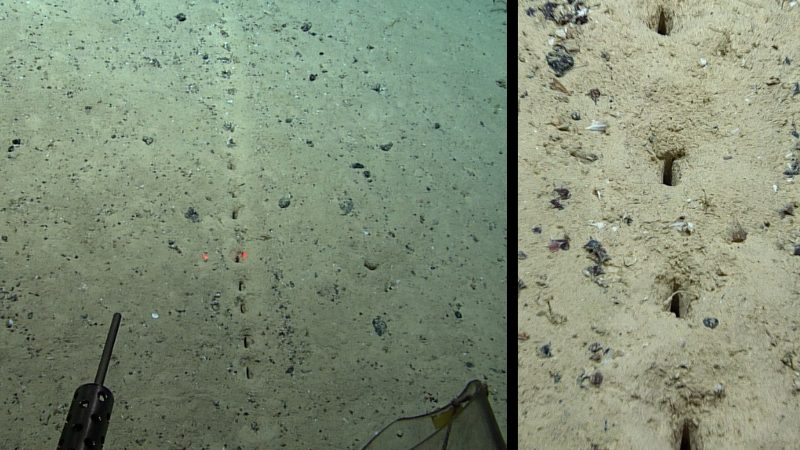 Two: Sprite is getting a new look. The bottle’s colour will no longer be the iconic green—but clear like most others. The reason: “Taking colors out of bottles improves the quality of the recycled material…When recycled, clear PET Sprite bottles can be remade into bottles, helping drive a circular economy for plastic.” Coke is also switching out its other drinks that use coloured bottles—including Fresca, Seagram's and Mello Yello. (CBS News) 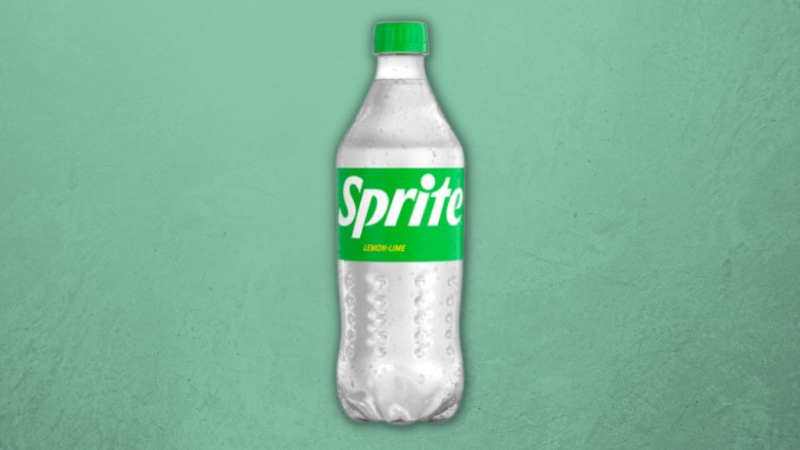 Three: Many people are unhappy with artist Matthew Griffin’s exhibit titled ‘Pickle’—which is a “sculpture comprising the slice of pickle from a McDonald's cheeseburger flung onto the ceiling.” The price: NZ $10,000 (USD $6225.85). Irony alert: the intent of the artwork is to “provocatively” question what has value. Well, this isn’t quite as bad as that banana duct-taped to the gallery wall during Art Basel in 2019—which sold for a whopping $120,000. Then some performance artist came along and ate it. We presume it will take a braver soul to do the same with the pickle. (The Guardian) 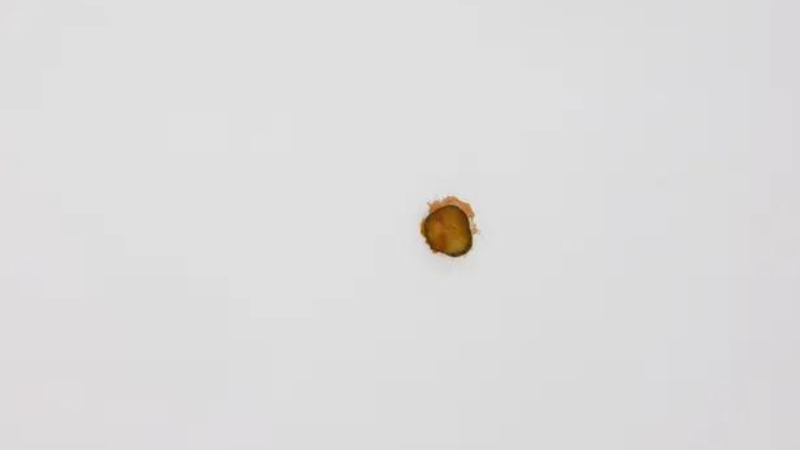 Four: The world’s largest pink diamond in 300 years has been discovered in Angola. ‘Lulo Rose’ is a 170-carat stone with very few impurities. The largest ever pink diamond is the 185-carat Daria-i-Noor which is part of the Iranian national collection. (BBC News) 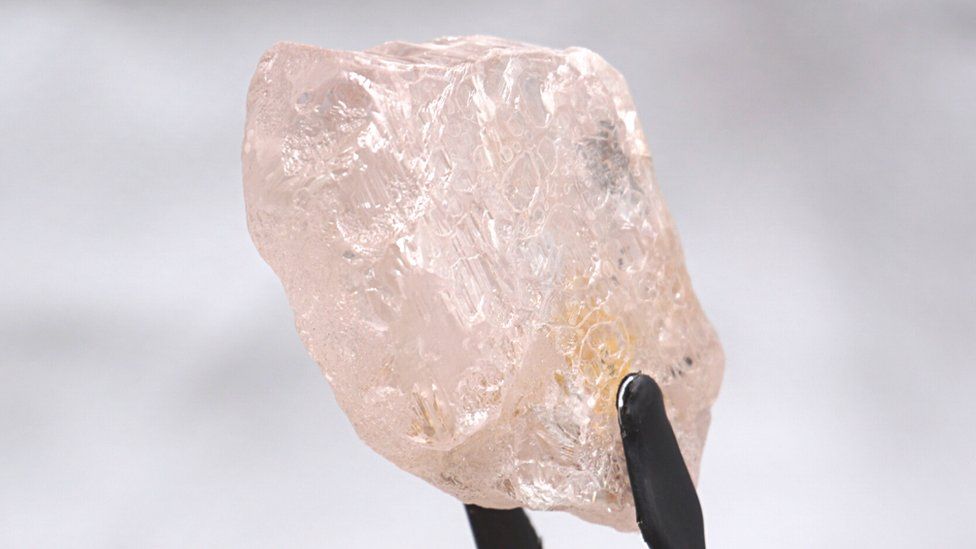