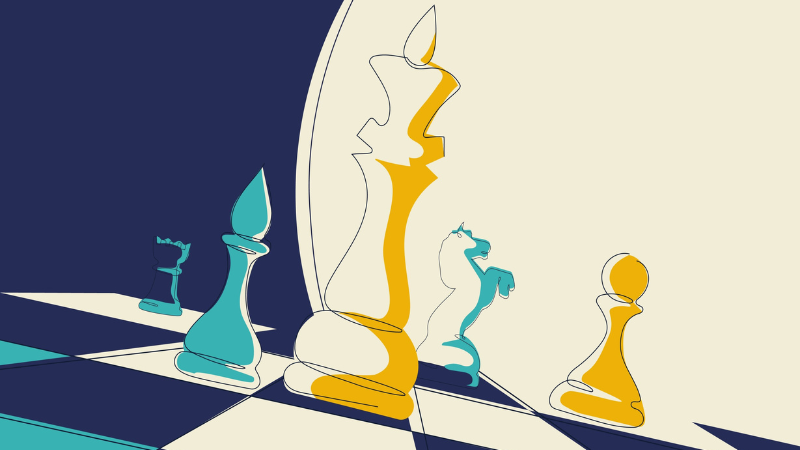 The World Chess Olympiad kicks off today in Mahabalipuram, Tamil Nadu—a historic occasion that marks our first outing as hosts. Even better news: India has an excellent chance of scoring a medal this year. We’ve put together a colourful guide to the tournament touted as the ‘Olympics’ of chess.

Umm, wtf is a Chess Olympiad?

It is the biggest global event in chess—held every two years. It is also the rare occasion when a fiercely individual competition turns into a team sport—with each team representing their nation. The first one was held in London in 1927—though the word ‘Olympiad’ wasn’t used until 1952. Below is an image from that historic occasion: 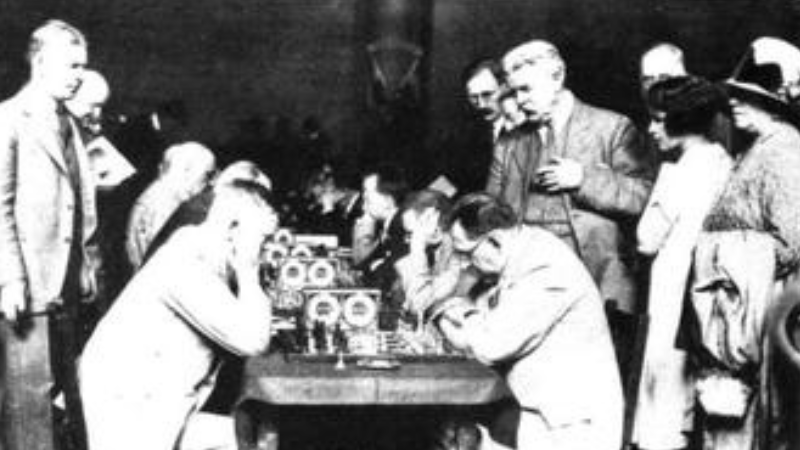 The rules: There are two sections—Open (to all genders) and Women. And this year, there are a record number of teams competing in each: 187 in Open and 162 in Women. Here’s how it works:

Ok tell me about this Olympiad…

It will be held in Mahabalipuram aka Mamallapuram. A total of 350 teams from around the world are competing in this 44th edition—including six from India. The first matches will be held today—and the event will wrap up on August 10. As we noted, this is the first time India will be hosting the Olympiad—and we will also be the first Asian host since 1992 when it was held in Manila. Also notable: there has not been an in-person Olympiad since 2018 thanks to the pandemic. That makes this one an even bigger deal.

Tamil Nadu’s big win: India’s historic outing as a host is a result of both luck and determination. Russia was slated to host the tournament but was disqualified after the invasion of Ukraine. And the All India Chess Federation (AICF) swooped in to stake its claim. While Delhi and Gujarat were initially in the mix, Tamil Nadu CM MK Stalin moved with amazing speed to seal the deal, according to officials:

“He just heard the brief and in less than five minutes said yes. He offered us a $10 million dollar assurance to conduct the Olympiad and five IAS officers accompanied us for a recce of venues. Within five days of pitching our interest, we had a solid plan in place.”

Having beaten Poland and Uzbekistan for hosting rights, Tamil Nadu managed to put together this massive event in just four months—which is an Olympian task in itself.

The big show: Tamil Nadu has really leaned in to put on an impressive spectacle. The entire city is decked up for the event. For example, this is Chennai’s historic Napier Bridge: 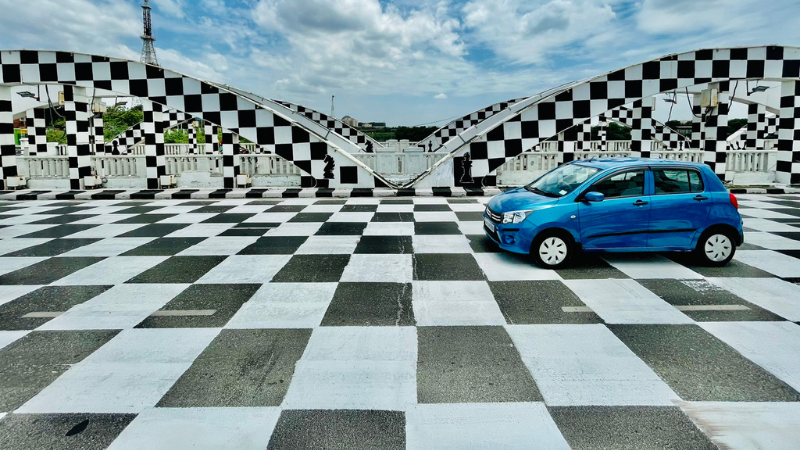 It looks even prettier when it’s all lit up at night:

As the Hindu Business Line notes:

“From torch relays across the country to chess tournaments in schools and colleges in Tamil Nadu, and buses in Chennai sporting the logo and mascot of the games, there is unprecedented publicity blitzkrieg for the Olympiad.”

As chess legend and Indian team coach Viswanathan Anand describes it: “I have never seen the city so excited about chess.” Why, even milk packages are in on the action lol: 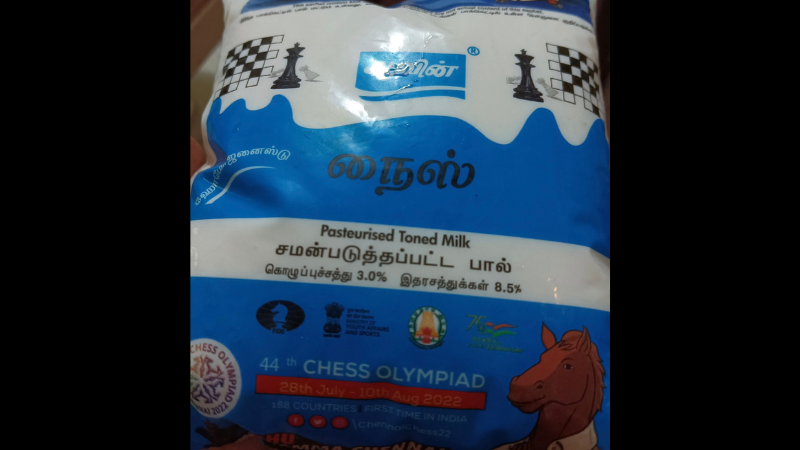 The biggest stars got involved as well. Rajnikanth invited teen chess prodigy R Praggnanandhaa and his sister to come play a game with him at home: 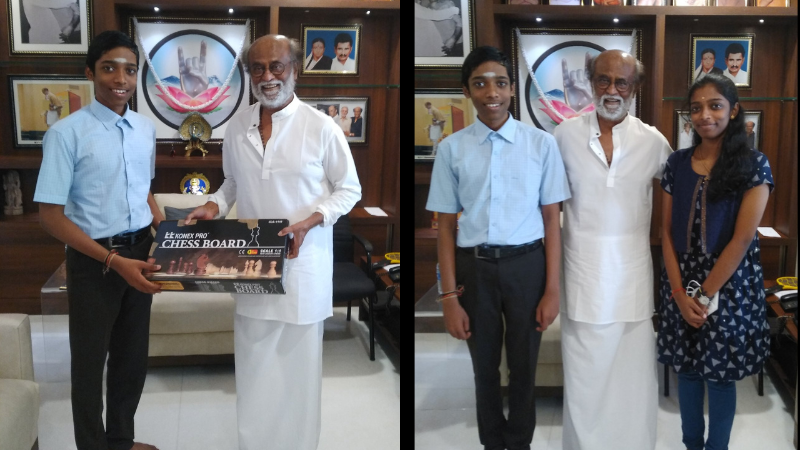 And AR Rahman composed a special anthem—titled ‘Vannakam Chennai’—for the occasion (though it looks more like a PR special for Stalin):

Meet Thambi: The veshti-wearing horse is the official mascot. Thambi (little brother) is everywhere in Chennai—plastered on buses and hoardings—and there's even a mural of him on Marina Beach. 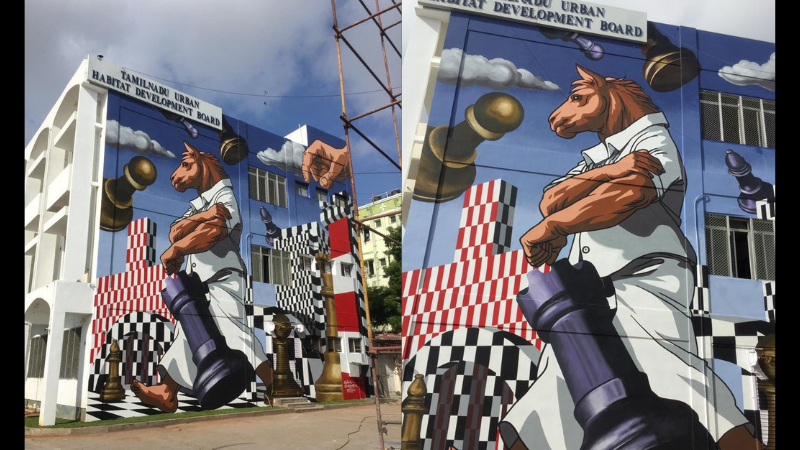 The opening ceremony: was held yesterday—and was no less festive. It included a performance of ‘Enjoy Enjaami’ by singers Dhee and Kidakuzhi Mariyammal. You can see other performances here.

Unhappy with the Olympiad: Pakistan and the state BJP. The lead-up to the Olympiad included a 23,000-km torch relay—which offended Pakistan since the route included Srinagar. Islamabad has, therefore, pulled out of the event. As for the BJP, its leaders were furious that PM Modi’s face was not on any of the Olympiad posters. So much so that some of them stuck his photo onto them:

So India has a good chance of winning?

Yes, our prospects look very bright. The United States is the #1 seed—while we are at #2. But both China and Russia have pulled out—which also improves our shot at a medal. The challengers to watch: Norway—led by world champion Magnus Carlsen—and Azerbaijan. Most importantly, Indian chess players are now top-rated in the world. We have done exceedingly well on the world stage in recent years—scoring the gold in the online Olympiad in 2020 and the bronze in the 2021 edition.

An A-list team: India will be represented by a total of 30 players across six teams—three each in the Open and the women sections.  While our A teams are strong, even our so-called B-team in the Open section includes India’s brightest teen players—such as the R Praggnanandhaa who recently beat Carlsen to become a grandmaster. Most notably, our women’s team is seeded #1—and includes two chess whizes, Koneru Humpy and Harika Dronavalli—who is playing in the eighth month of her pregnancy.

Point to note: We’ve won only one in-person Olympiad medal so far—a bronze in 2014. We were seeded #19 at the time.

The bottomline: Finally, a Big Story we can all cheer about!

BBC News has the best overview of the event. MoneyControl has more on the venue, Mahabalipuram. Hindu Business Line has more on how Tamil Nadu landed the event. ESPN did a nice feature on Thambi. The News Minute looks at India’s chances at winning big. Also read: Viswanathan Anand on why playing at home will be a huge advantage. FiftyTwo did a great deep dive into the chess training schools in Chennai—while Hindu profiles the grandmasters of Tamil Nadu. Don’t forget to check our Big Story on the wonder kid R Praggnanandhaa.