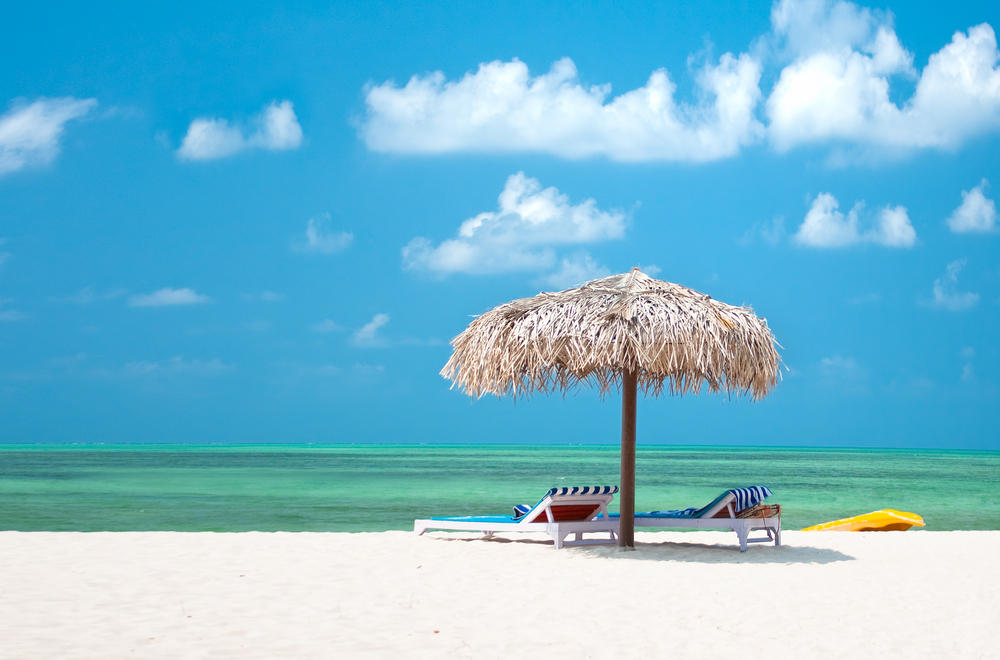 The TLDR: A plan to construct luxury beach villas on three islands is just the beginning of an ambitious project to remake Lakshadweep in the image of the Maldives—which is likely to be disastrous both for its people and its ecology.

The islands: Here are the basic deets

The political firestorm: Back in May, we did a Big Story on why administrator Praful Patel is very unpopular with the locals—primarily because he is pushing through a spate of new rules and regulations which “are perceived to be a threat to the cultural identity of the inhabitants and the sensitive ecology of the region.”

The development plan: Most of these new regulations are part of a grand scheme called the Lakshadweep Development Authority (LDA)—which has the right to develop any area having ‘bad layout or obsolete development,” all of which is very hazily defined. According to critics:

“...[T]he legislation vests such powers with the authority that it can prepare comprehensive development plans for any area and relocate people regardless of their will. It provides for forcible eviction, puts the onus on the owner to develop his holding as per the plan prepared by the authority as also to heavily penalise them in the event of non-compliance.”

And LDA itself is all about realising the bigger vision: to transform Lakshadweep into a prized tourism destination. As Patel told The Print:

Ok, tell me about these luxury villas...

The local government has issued tender notices inviting international bids for 370 beach and floating villas to be built on three islands: Minicoy, Kadmat and Suheli. The successful bidders will win exclusive rights—given for 75 years—to build and operate these villas on the allotted land and lagoon area. The project is estimated to cost about Rs 8.06 billion (806 crore).

Not a new plan: The big tourism plans were first laid out in a 2019 NITI Aayog report which listed “best possible development strategies” for the “holistic” development of these islands. It describes the projects as “technically feasible, economically profitable and socially acceptable”—all of which is debatable as will become clear below. And it recommends “up-front” waivers from both environmental and coastal zone regulations— arguing it would be a “unique move aimed at creating [a] much-needed conducive environment for private entrepreneurs to invest.” And it specifically narrowed the choices to the three islands—where the villa projects are to be located.

A tourist mecca: Mongabay sums up the big vision: “the development of posh resorts, star hotels, and high-profile beachfront modelled after international tourism destinations such as the Maldives.” So much so that the Lakshadweep government has proposed the creation of a dedicated cruise ship which “enables tourists to experience a multi-centre holiday, whereby they spend time at various destinations throughout their trip on cruise ships that vary from small yachts to mega ships and can take place on the ocean and rivers.”

Point to note: Currently, only the tiny Bangaram Island is dedicated to tourism—and is uninhabited except for the resorts.

Ok, so what’s wrong with that?

On the face of it, there is nothing wrong with a plan to deploy carbon-neutral tourism to create local employment—and build prosperity for all. But there are good reasons why activists are planning to move the Kerala High Court to block the plan and why 114 scientists wrote a petition urging the Lakshadweep administration to reconsider the project. Another 60—mostly marine biologists—wrote to President Kovind in June asking him to protect the islands.

Coral reefs: The islands’ coral reefs are already in great jeopardy. One reason is rising sea temperatures which has increased the risk and frequency of mass bleaching:

“Sea algae and corals share a symbiotic existence in the ocean. When the sea waters turn warm in summers and remain so for more than 28 days, the corals experience thermal stress. Due to this, the corals expel the algae residing in their tissues, and turn colourless or bleach.”

Point to note: To build floating villas, the developers will have to drill pillars through coral rock. And as one scientist points out, when the administration built embarkation jetties on four islands, “They drilled the floor to construct pillars for the jetties, thereby destroying coral reefs and all life forms in those areas.” And a Kerala study found that the reefs are already threatened by pollution, dredging of navigational channels, coral mining, and destructive practices like blast fishing.

Lagoons: The tenders for the villas allocate six hectares of lagoons per island to the winners. That’s quite a lot for these tiny-sized islands. And the lagoons play a critical role in preserving the local environment. For starters, they stabilise beaches and prevent beach erosion—and they act as buffers, protecting the islands’ limited freshwater supply. Lagoons also act as safe harbours for coral species trying to adapt to warming temperatures, say experts:

“Every time there is a mortality of coral in the outer reefs, these lagoons will supply new recruits to recolonise the reefs in the deeper waters… [Without the lagoons] the entire outer wall of the protective reef will start crumbling. The lagoon will die and islanders will suffer.”

Point to note: Increased tourism will inevitably increase the amount of microplastics in the water—which can prove fatal to corals. And that doesn’t include the impact of that big cruise ship plan:

“[S]ince lagoons cannot accommodate big ships, which would be required for the development plans, a lot of excavation will likely be done to make way for channels and harbouring. The removal of coral reefs for this would result in irreversible damage to the ecology of the region.”

Local residents: The first to be displaced will be the fishermen. Of the three islands identified for the villa project, two are inhabited. And the expectation is that the government will follow the same policy it has on other islands: demolishing fishing sheds and taking control of the beaches. Also taken from the locals: the lagoons where they fish—and which are the source of Lakshadweep’s sustainable and indigenous tuna fishery industry. This sums up the big picture on land use:

“In Lakshadweep, land is a limited commodity. Every acre of the inhabited and uninhabited islands is used by local communities for livelihood activities. Diverting this land towards infrastructure development could only serve to intensify the ecological impacts on the land.”

FYI: As for creating lots of local jobs, The Hindu notes this about the villa-related tenders:

“While there was earlier talk of 80% of employment generated by the project going to the local community, the documents only mention in passing that the ‘concessionaire shall make necessary efforts to employ locals to the extent possible by providing necessary skill training.’”

And most of these development contracts will go not to locals but big international companies, as local entrepreneurs note: “We understand they are planning global tenders. Big players will bid for 100-200 projects together and we cannot outbid them.”

Holding our breath for the Ambani mega-resort in Lakshadweep.

Waste & water: Lakshadweep is on the top of the list in terms of highest population density—with 2,000 people per square km—which makes resources like fresh water extremely scarce. The development plan expects tourists and locals to consume only 170/liters a day, but experts disagree: “The real numbers are higher. Locals use between 180-200 litres a day. A high-end resort might need as much as 600-700 litres a day.” To keep the tourists happy, the government will have to ship almost everything from the mainland—and invest anywhere between Rs 6-11 crore in new desalination plants.

And that does not account for the pressure of waste management: “Massive-scale tourism, as being mooted by the administration, will introduce unforeseen levels of waste, and managing it is going to pose gargantuan challenges to the ecosystem.”

Nope, not Maldives: There are many key differences between the two, but here is the crucial bit: “Lakshadweep has barely 26 islands, while the Maldives has over 1,190, with over 1,000 of them uninhabited.” It has lower population density and more land.

The bottomline: Dreaming of an Indian Maldives has very little connection to the reality of Lakshadweep. And that dream may well prove to be a nightmare to all living creatures on the islands.

The Hindu has the best overview of the villa project—and its impact, especially on lagoons. Mongabay looks at the ecological consequences—especially on the coral reef. Down To Earth focuses on the impact on residents. Carbon Copy has the most comprehensive report on the fight to block the development plans. New Indian Express has an interesting conversation with a hotelier who once ran a resort on Bangaram island.