On the lighter side: Times Now's Navika Kumar was so eager to give credit to the newly anointed sports minister Anurag Thakur for India’s wins, that someone did this to the clip:

Not exactly sports news: but, hey, Mamata Banerjee had a lot of fun with footballs lol!

Five journalists whose phones were on the list of numbers in the global database have moved the Supreme Court, saying they were subjected to “deeply intrusive surveillance.” At least one of these phones—belonging to Paranjoy Guha Thakurta—was examined by Amnesty Lab, and found to contain forensic evidence of hacking. The other journalists are SNM Abdi, Prem Shankar Jha, Rupesh Kumar Singh and Ipsa Shataksi. The Telegraph has more on Thakurta who is the first “aggrieved person” to file a suit. If you need more background, read our explainers here and here.

Last week, an attack on an oil tanker off the coast of Oman resulted in the death of two crew members. The ship was owned by a Japanese company, flew a Liberian flag, and operated by a London-based firm owned by a Israeli billionaire. Israel quickly jumped in to blame “Iranian terrorism” for the incident. The US confidently asserted that Tehran had used unarmed drones to carry out the attack. And the UK agreed that it was “highly likely” that Iran was the perpetrator. The claims have been angrily rejected by Tehran, which warned, “Whoever sows the wind reaps the whirlwind.” (BBC News)

The IIT researchers who predicted the second wave say that we will experience another smaller wave that will peak in October:

“The country may see a worsening of its outbreak as soon as this month, with the next wave peaking in the best-case scenario with less than 100,000 infections a day, or nearly 150,000 in the worst scenario.”

That’s a lot lower than the 400,000-plus cases we witnessed at the peak of the second wave. While the country appears to be holding steady at around 40K cases, experts warn it won’t take much to change that picture:

“If infection begins to increase in a few large states, the present balance will tip, and cases are likely to begin growing again in the country as a whole. We might expect to see a slow-burn in the country for a duration—this can be expected to last till vaccination coverage is sufficiently high to induce herd immunity.”

A good related read: New York Times on why the global Covax alliance has been such a failure.

One: Zomato pro plus is here! The new program offers unlimited free delivery a la Amazon Prime, and members will not pay surge or distance fees. Sadly, it is invite-only for now. (Economic Times)

Two: Reliance is eyeing Subway India, and may buy it off the parent company for $200-250 million (Rs 1,488-1,860 crore). Currently, Subway has a number of “regional master franchisees”—but has been looking to partner with a single dominant local player. If the deal goes through, Reliance will gain control of the 600-odd Subway stores in the country.  (ET Prime)

A giant panda has given birth to twin cubs at a French zoo in what officials say is an “exceptional event.” The good news, according to the zoo president: “The two babies are pink. They are perfectly healthy. They look big enough. They are magnificent.” Pandas are notoriously hard to mate—but mom Huan Huan and dad Yuan Zi managed to “make contact” eight times last March (lol, this is a key news point in every story on this!). See goofy photo of mom & babies below. (Deutsche Welle) 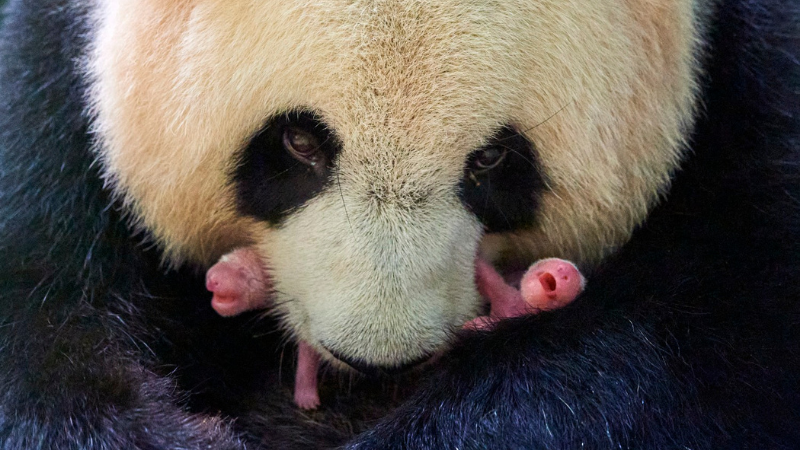