One: A new Lancet study shows that there is three times the risk of a heart attack or a stroke within two weeks of a Covid infection. The risk remained the same even when obvious risk factors like comorbidities, age, gender and socio-economic factors were adjusted—pointing to it being a “clinical manifestation” of the virus. (The Telegraph)

Three: The union government has warned that the R-number—or the number of people one Covid case can infect—is higher than one in at least eight states. The R-number typically indicates how quickly the disease is spreading—and anything above one is bad news. (Indian Express)

Four: Speaking of spread, this photo from the Lollapalooza music festival in downtown Chicago is going viral—and experts are already warning that it will lead to a massive surge. 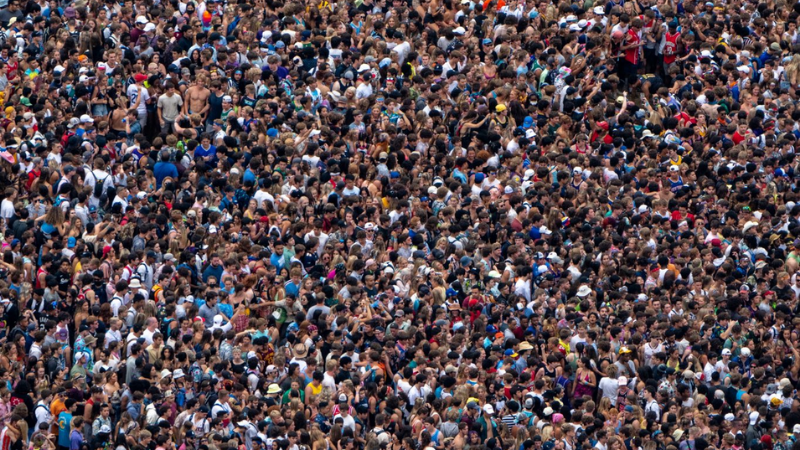 A custodial death in Bangalore

Joel Shindani Malu—a citizen of the Democratic Republic of Congo—was detained by the police for possessing ecstasy pills. While in custody he complained of chest pain, and was apparently rushed to a private hospital where he died of cardiac arrest. The police insist that he was “administered with several rounds of CPR and other life-saving interventions.” They also claim that his student visa had expired, and he was illegally staying in the country. But the death sparked a protest staged by African students—which led to a lathi charge injuring six protesters.

“[O]ne of the protesters who claimed to be Joel’s friend told reporters outside the police station Monday that Joel was celebrating a birthday party of his friend Torres at their house in Hennur when the police raided the spot and picked him up. ‘Joel’s wife was also with him when he was detained,’ he said.”

See a clip of the bloodied protesters below:

One: Turkey witnessed 111 wildfires along its southern coast—which has thousands of people fleeing via cars and boats. The Turkish government has deployed 4,000 emergency personnel to fight the flames. The flames have destroyed farms, homes and forests, and killed livestock. Satellite photos show a blackened coastline that stretches for miles. The culprit: global warming which is exacerbating hot and dry conditions that is typical for this time of the year. NPR has a gallery of photos, while CNN has more details.

Two: Three Americans produce sufficient carbon emissions to kill one person. That’s the big data point of new research, and here’s how it arrived at this conclusion:

“The analysis draws upon several public health studies to conclude that for every 4,434 metric tons of CO2 pumped into the atmosphere beyond the 2020 rate of emissions, one person globally will die prematurely from the increased temperature. This additional CO2 is equivalent to the current lifetime emissions of 3.5 Americans.”

FYI, this may be “a vast underestimate” as the study only accounts for heat-related mortality rather than deaths from flooding, storms, crop failures—and everything else triggered by climate change. (The Guardian)

In other environmental bad news: Baby turtles are consuming a very large amount of plastic in the Pacific and Indian oceans. The research shows:

“Green turtles consumed as much as 1% of their total body mass in plastic, and for flatback turtles that number was up to 2%. It’s the equivalent of an NFL linebacker eating five pounds (2.3 kilograms) of plastic.”

In far happier animal-related news: A juvenile killer whale became trapped in a rocky crevice on the Alaskan shore. It was spotted by boaters who kept it cool by pouring water over the orca, using pumps and buckets—until authorities arrived. It was eventually able to swim back into the sea after six hours, once the tide rose sufficiently for it to float. The really happy news: in all previous such instances, whales have fully recovered and reunited with their pod, say experts:

“There’s a good chance it’s met up with them now, and it’s just carrying on a normal life after spending some time out of the water. I don’t think anyone knows exactly when this whale stranded, or what the circumstances were, but I would make a wager that there was harbor seal hunting as the motivating factor.”

Watch the rescue efforts below:

A rash of Capitol Hill suicides

Two police officers involved in protecting the Congress building from Trump-supporting rioters in January have died by suicide—which now brings the total to four! FYI, widows of these officers are fighting to designate these as deaths in the line of duty—which is forbidden by the current rules. But families argue that the rules represent an outdated approach that only recognizes the physical dangers of policing but not the mental ones:

"When my husband left for work that day, he was the Jeff that I knew. When he returned after experiencing the event, being hit in the head, he was a completely different person. I do believe if he did not go to work that day, he would be here and we would not be having this conversation.”

In other grim news: A 150-feet sculpture in New York called ‘The Vessel’ is composed of 154 staircases that meet at 80 platforms. It has become a flashpoint after four people jumped off the installation in just two years. The most recent was a 14-year old boy—who died just two months after three other suicides. People are now calling for the sculpture to be demolished. In any case, it has now shut down again… perhaps, forever. See it below. (Times UK) 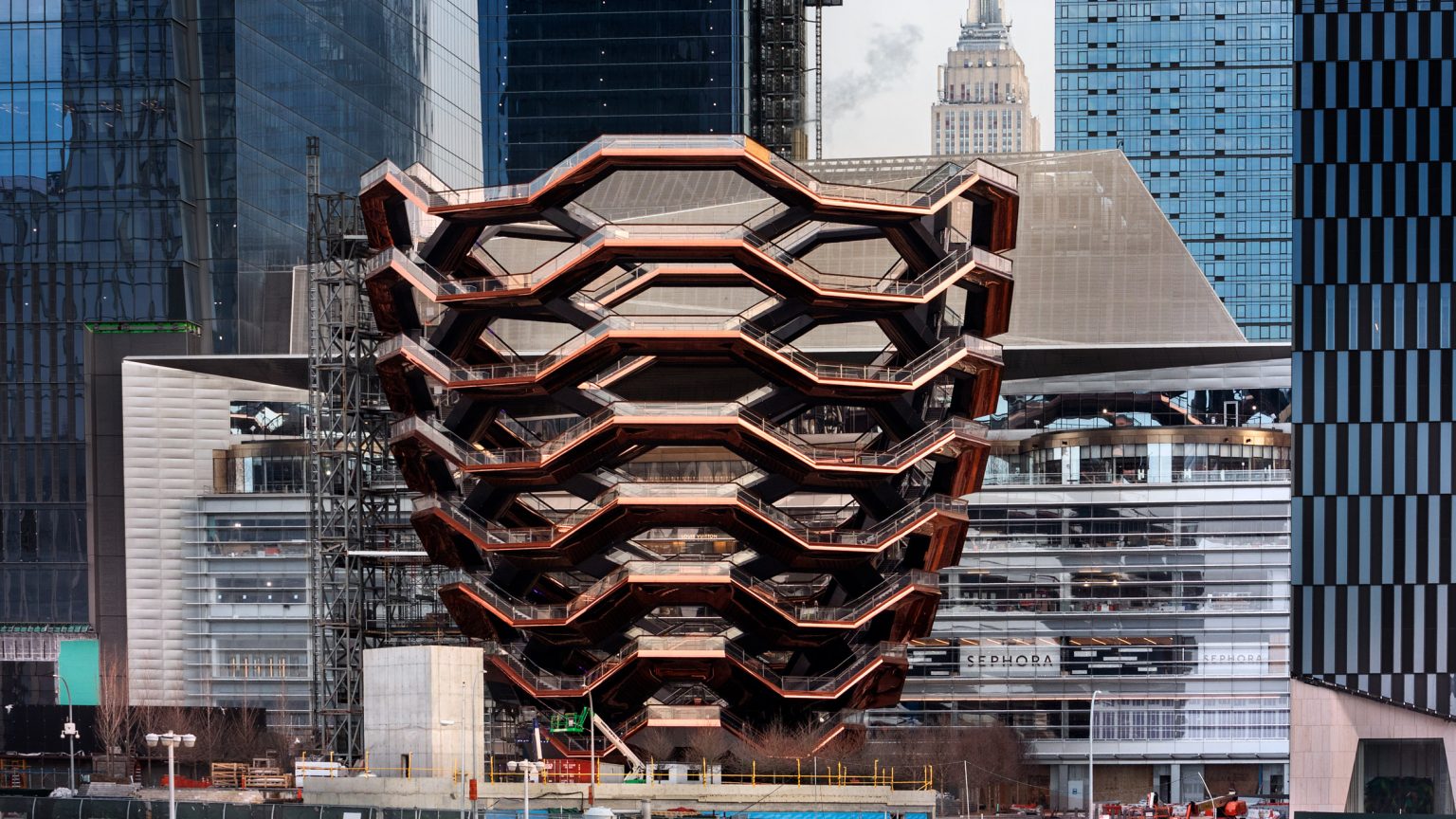 An app for argumentative college kids

Polemix is the TikTok for young people who like to debate. And here’s how it works:

“Every Polemix video features a person making an argument for or against a preset list of questions, from ‘Will Federer win Wimbledon?’ and ‘Is Canada superior to America?’ to ‘Does Instagram objectify women?’ and ‘Is physician-assisted suicide unethical?’ As a user scrolls, they’re shown videos for each question in groups of up to four: a ‘Hell Yes,’ a ‘Hell No,’ a ‘Hell Yes,’ a ‘Hell No.’ They can vote, or scroll, accordingly.”

Unlike TikTok, Polemix is an uppity, invite-only app—whose creators have handpicked 40 ‘Leaders’, i.e. a global pool of elite school and college-going kids who are on various debate teams. Yes, there’s a waitlist. Also: Didn’t Facebook start like this? (The Verge)

Lufthansa will now allow passengers to book an entire row of three-four seats on long haul flights that last more than 11 hours. Also:

“This offer comes with a comfortable pillow, blanket, and mattress topper of Business Class quality, allowing passengers to fully relax while on board before reaching their final destination.”

FYI: This won’t do much for anyone above six feet since the seats are only 17 inches wide, so even if you get four together, it will only measure about 5'6 feet. And it will cost anywhere between $190-$272 extra. And there are only three of these seating arrangements on each flight. See the set-up below. (Travel+Leisure) 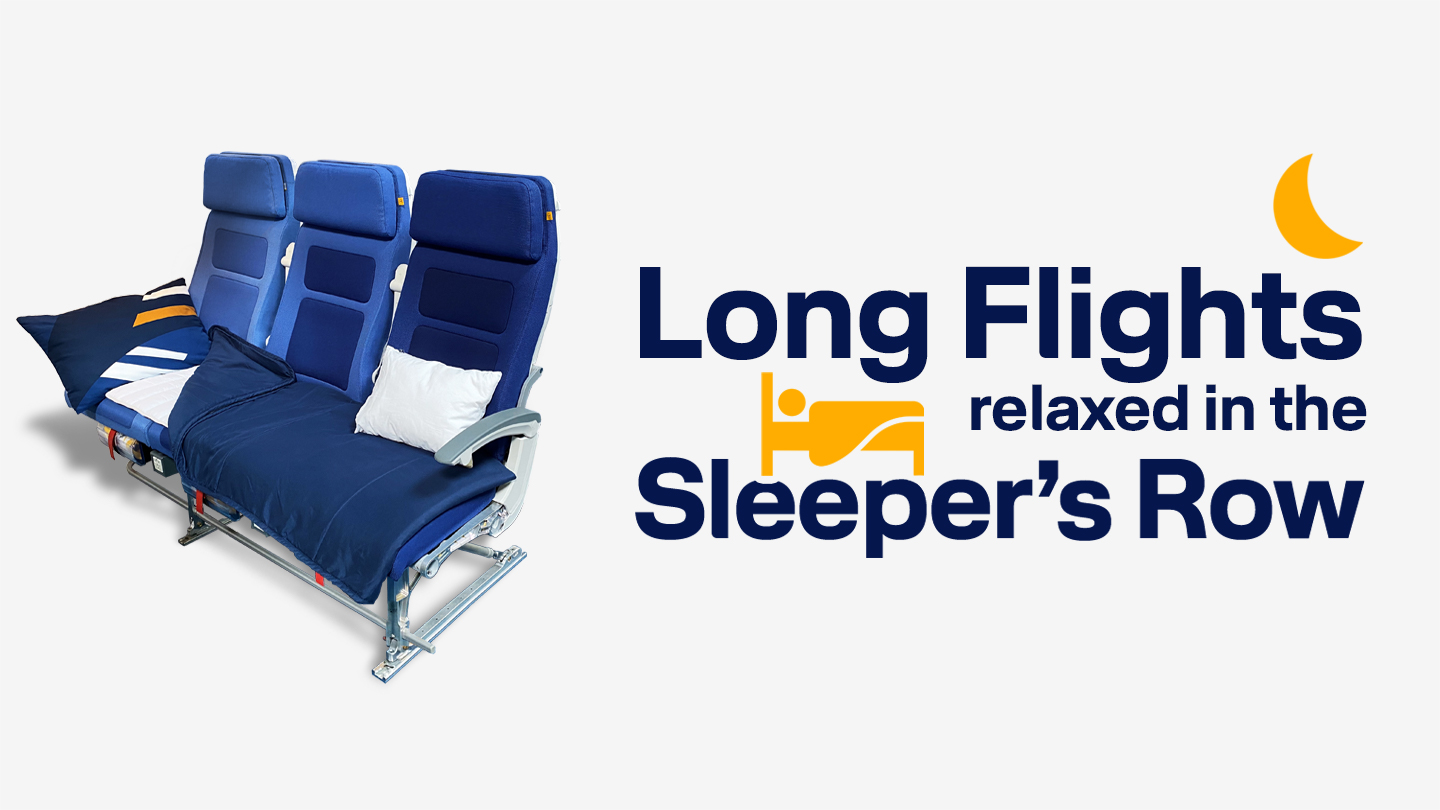 Speaking of planes: We now have the trailer for Akshay Kumar’s ‘Bellbottom’ which tells the story of a plane hijacking—and claims to be “inspired by true events.” Though we are hard-pressed to think of a single incident where India stormed a plane to rescue hostages in full Akki style. Yes, the flick also features a bad imitation of Indira Gandhi.

Dine with Data: All about Pubninja 🧠

Built by Indians, for Indians—Pubninja is a platform for interest-based classes. From learning the dance steps of trending bollywood songs to learning Minecraft—there's an online class for it. 💃

Catered to children between 5-12 years, the classes are of short duration and affordably priced. Anyone can become a teacher, but the management works with them to craft the curriculum.

The company hasn't disclosed any funding details yet.

Food For Thought: The service is designed to be super accessible. Parents can book a slot on the website, pay through UPI, and the entire coordination happens on Whatsapp. There's no pre-recorded content, and live video classes are the only way to teach on PN.

DWD Take: Founded in Nov 20, the company is still in its early days, but the ease of use combined with the Indian obsession of always learning something makes PN a parent's favourite. We're super bullish on this model succeeding in India. 🤞🏻

ABOUT DWD: Dine With Data🍴 sends you a short summary of one new startup every day, delivered straight to your WhatsApp inbox!