In a fiercely fought game, Italy edged past to win the Euros 2020 championship thanks to a 3-2 penalty kick shootout. It was a bitter end for England, appearing in its first Euro final—dashing hopes for the first major cup since the country won the World Cup in 1966. The three players who missed—Jadon Sancho, Marcus Rashford and 19-year-old Bukayo Saka—are now facing racist vitriol from ugly English fans. Manager Gareth Southgate said:

"What they have to know is none of them are on their own. We win and lose as a team and the penalty takers are my call. We've worked on them in training, that's my decision. That's not down to the players.”

But many are questioning Southgate’s decision to place such a heavy burden on Saka—a kid taking his first penalty kick ever and whose miss gave the Italians the match. ESPN explains how Italy won the day. Telegraph UK has more on the decision to use Saka. Daily Mail reports on the racist aftermath.

Speaking of football: Argentina beat Brazil 1-0 to take the Copa America cup. The true highlight of the match: This big bear hug moment between Lionel Messi and Neymar:

We also love: Messi calling his wife moments after the win:

A desi moment at Wimbledon: Indian American Samir Banerjee has won the boys’ singles competition—beating Victor Lilov 7-5 6-3. ESPN has more on the match. Indian Express has more on him.

The first billionaire in space

That honour belongs to Virgin Galactic founder Richard Branson who flew out 50 miles above the Earth’s surface—and made it back in one piece. The entire experience lasted about an hour. He was accompanied by five crew members and zero celebrities—who were however assembled on the ground to add colour. They included Stephen Colbert who co-hosted the livestreaming event, and Khalid performing ‘New Normal’. Amazon CEO who won’t make it to space until July 20 graciously said: “Congratulations on the flight. Can’t wait to join the club!” Reuters has more details. Here’s the fairly fuzzy pic that Branson tweeted out: 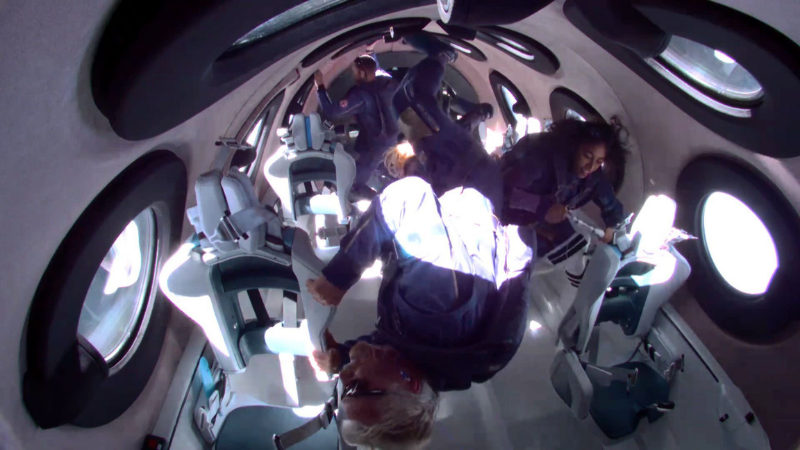 India pulls out of Kandahar

The government has hastily shut down its consulate in Kandahar—and pulled out all its personnel. The reason: The Taliban has advanced within kilometres of the city. The government insists this is a “temporary measure”—and its embassy in Kabul and the other consulate in Mazar-e-Sharif remains operational. Already shut down: consulates in Jalalabad and Herat, first due to Covid and now due to security concerns. Point to note: The Taliban claims that it has already seized control of 85% of the country—though Afghan officials insist this is a gross exaggeration.

A bizarre co-infection case of Covid

A 90-year-old woman in Belgium died after being infected by both the Alpha (UK) and Beta (South Africa) variants of the virus—and she was likely infected by two separate people. This isn’t the first case of ‘co-infection’ as two were previously reported in Brazil. And there have been cases of people being infected with multiple strains of the flu. But it does raise questions as to how much protection vaccines can offer. (Bloomberg News via Mint)

In other Covid-related news: Mint also has the story of Neeraj Chaudhary—a 37-year-old IIT Delhi alum—who successfully climbed Mt Everest within weeks of recovering from Covid.

Also this: The government has launched a nationwide study of wastewater in key cities. The aim: tracking sewage water helps with early detection of variants and possible surges. (The Telegraph)

Twitter finally has a grievance officer as mandated by the new digital media rules. It also now has an interim chief compliance officer, and will appoint a nodal officer to liaise with the government within two weeks. And it released its first compliance report. So match, set, point to the Government of India. (Entrackr)

Election nightmare in UP

Chief Minister Yogi Adityanath and PM Modi both happily claimed victory in the state’s panchayat polls—before the state election commission announced the results! It was one more dubious aspect of a poll marred by accusations of violence—“to prevent Opposition candidates from filing nomination, including women aspirants’ saris being pulled, papers snatched and torn, and bangles smashed—all in front of returning officers and police.” A Congress leader said:

“Kidnappings, threats, blackmail, violence, attacks on women... goons running amok with guns and bombs—if the BJP can go to this extent in local polls, imagine what they would do in the Assembly elections.”

Of course, dirty election tricks are hardly new to the state, irrespective of the party in power. But this kind of stuff is exceptional even for UP:

A related must-read: The Telegraph’s report detailing the allegations laid out by the opposition.

Speaking of UP: The state has introduced a new bill that bars anyone who has more than two kids from applying for or getting promotion in government jobs, receiving any kind of government subsidy and contesting local body elections. The bill claims that such measures are “necessary to control, stabilise the population of the state for promotion of sustainable development with more equitable distribution.” (The Telegraph)

The bankrupt airline is now under new ownership and owes each of its employees anywhere between Rs 3-85 lakhs. So it has dutifully submitted a plan to pay them Rs 23,000 each! And that payment will only be made if 95% of the employees accept the plan within the next 3 months. How likely is that? The head of the officers and staff association said: “But the plan hardly offers about 0.5% of the total sum owed to each employee. It is as good as zero. If the issue isn’t resolved, we will challenge this in court.” (Times of India)

An Indian did not win this!

Yes, there was the big annual Scripps National Spelling Bee contest in the United States. And no, yet another NRI kid did not win it. The victor this year: Zaila Avant-garde who became the first African American to score the honour. The winning word: “Murraya” (watch the moment here). Oh, and guess who she thanked for her win:

“I’d like to say thank you to Bill Murray because the reason I knew that word ‘murraya’ was because of the movie Lost in Translation, which when I was a little kid I used to listen to the soundtrack and so that’s how that word was stuck in my head because it was spelled like Bill Murray’s name.”

Avant-garde’s other accomplishments include three Guinness world records for her b-ball skills, including a record for most bounce juggles in one minute with four basketballs! FYI: This is the first time since 2008 that at least one champion or co-champion of the contest was not of South Asian descent. Don’t worry, the desis came in #2 and #3. (BuzzFeed News)

Thanks to thriving numbers, China announced that Mother Nature’s most adorable looking bears will no longer be classified as an endangered species—but be reclassified as ‘vulnerable’ instead. There are now 1,800 pandas in the wild. Point to note:

“China has spent half a century attempting to boost the population of its famous animals, creating sprawling panda reserves across several mountain ranges in an effort to save them from extinction.”

In far less happy environmental news: Heatwaves continue without respite in the Northwest United States. Death Valley in California—dubbed the hottest place on Earth—hit 130°F (54.4°C) on Friday and 129.4°F (54.1°C) on Saturday. If confirmed, they would be the hottest temperatures ever recorded on Earth. (NPR)

A miniature sketch by the great master titled ‘Head of a Bear’ sold on Thursday for $12.2 million—a record price for a da Vinci at auction. But the most notable bit is not the price but the size: The sketch measures a little under 3 inches by 3 inches—or as one art dealer put it: “OK, it’s a Leonardo...But it’s so tiny...It’s a postage stamp.” CNN has more. Christie’s has more detail for the art lover in you. 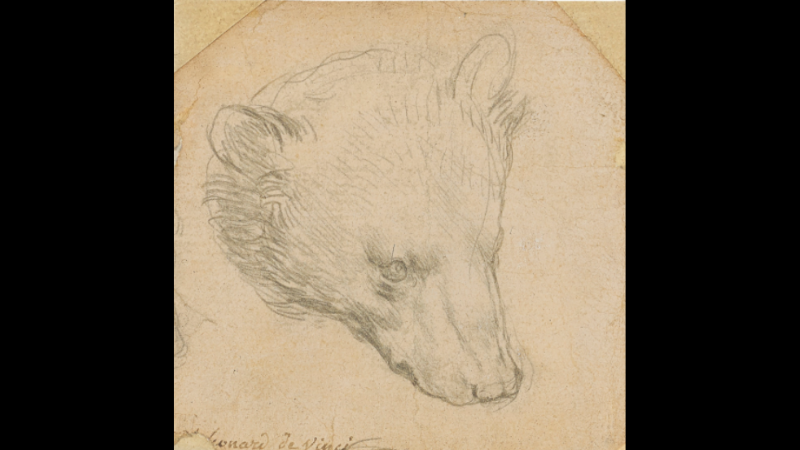 In our gratitude jar...