A huge diplomatic fight over a sub deal

Last week, Australia basically dumped France to join a new trilateral alliance called AUKUS. Canberra canceled a $40 billion deal signed in 2016 with France to build a fleet of conventional submarines—and opted instead to build eight nuclear-powered submarines with US and British technology. The alliance is the latest strategic move to contain China’s expansion in the South China Sea.

Paris is furious at all three—who are supposed to be allies—and called the move a “stab in the back.” The French foreign minister raged: “There has been lying, duplicity, a major breach of trust and contempt. This will not do. Things are not going well between us, they’re not going well at all.” And President Emmanuel Macron has recalled his ambassadors from the US and Australia—citing the “exceptional gravity” of the situation. This is the first time that France has done so (Oddly left out: the UK).

In any case, the Aussies are not backing down: “Australia understands France’s deep disappointment with our decision, which was taken in accordance with our clear and communicated national security interests.” The Economist looks at what the US-Australia deal means for the future of non-proliferation. This older video from BBC News looks at why everyone is fighting over the South China Sea.

Speaking of China worries:  Beijing appears to have built at least 10 new air bases on the border with India—in Ladakh, Uttarakhand and Arunachal Pradesh. It confirms worries that China is using the border negotiations simply to buy time to bulk up its advantage. (The Telegraph)

Soon after the Kabul airport attack, the US military claimed to have taken out a suicide car bomber planning a second strike. But news investigations that followed showed that the drone instead took out an NGO worker—and nine members of his family, including seven children. They basically got the wrong car. A top general told reporters: “This strike was taken in the earnest belief that it would prevent an imminent threat to our forces and the evacuees at the airport, but it was a mistake and I offer my sincere apology”—but he refused to characterise the operation as a failure 😱 . The victims’ family is demanding compensation and relocation out of Afghanistan. (CNN)

An India angle: A magazine associated with the Islamic State claims that the suicide bomber who carried out the airport attack was arrested in India five years ago—and deported to Afghanistan. Indian Express has that story.

In other Afghan news: The new mayor of Kabul has told female local government employees they should not come back to work—unless their position cannot be filled by a man: "For example, women work in the women's toilets in the city where men cannot go.” Oh look, the “new” Taliban! (BBC News)

One: The Chennai Super Kings beat Mumbai Indians in the opening match of IPL Part 2 by 20 runs in Dubai. The big star for CSK: Dwayne Bravo who took three wickets for 25 runs in four overs. Also doing his bit: Ruturaj Gaikwad who remained 88 not out.  Meanwhile, Sandip G in Indian Express sums up the new start:

“The restart of the Indian Premier League (IPL) doesn’t feel like a restart at all. It does not feel like the second half of a tournament of two (forced) halves. But like a different tournament altogether, an un-hyped sequel, a related but different product altogether, without the narrative arcs of catharsis and escapism that had prefaced the prequel.”

Two: Virat Kohli announced that he will be stepping down as captain of Royal Challengers Bangalore at the end of this season, saying, “It wasn’t an easy decision but one that has been well thought of and in the best interest of this wonderful franchise.” (The Hindu)

Three: The Kiwis have abruptly abandoned their Pakistan tour citing security concerns: “[Following] an escalation in the New Zealand government threat levels for Pakistan, and advice from NZC security advisors on the ground, it has been decided the Black Caps will not continue with the tour.” Pakistan is furious and called it a “unilateral” decision—taken in spite of reassurances from PM Imran Khan that local intelligence has detected no threat whatsoever. Also in jeopardy: England’s tour which is slated for next month. The English Cricket Board said:

“We are liaising with our security team who are on the ground in Pakistan to fully understand the situation. The ECB board will then decide in the next 24-48 hours whether our planned tour should proceed.”

Making fun of all this anxiety: Chris Gayle, who tweeted: “I’m going to Pakistan tomorrow, who coming with me? 😉 🙌🏿 ”

A bizarre migrant crisis in the US

Thousands of Haitians have gathered in a small Texas town on the border of Mexico. They have set up tents and built makeshift shelters under and around a bridge—where they are being held by Border Patrol since there is no room at its facilities. No one really knows how this happened, but the US government now plans to ship them all out—on five to eight flights a day. This is the crazy scene right now:

“Haitians being held under the bridge huddled closely together, sleeping on the dirt and walking back to the river to relieve themselves, according to officials who visited and videos of the scene. A pile of trash stood 4 feet high. Migrants had built makeshift shelters out of cardboard and materials they were finding along the river to shield themselves from the desert sun. The temperature in Del Rio on Friday afternoon reached 100 degrees.”

One: A new report warns that the global average temperature will rise 2.7°C by the end of the century—even if all countries meet their promised emission targets. The United Nations Secretary General António Guterres said it shows “the world is on a catastrophic pathway.” The reason:

“Emissions of planet-warming gases are poised to grow by 16% during this decade compared with 2010 levels, even as the latest scientific research indicates that they need to decrease by at least a quarter by 2030 to avert the worst impacts of global warming.”

Two: Wildfires in California are at risk of killing the oldest, most precious sequoia trees. Firefighters have now wrapped the world’s largest tree aka the General Sherman tree—which is 84 meters high and has a circumference of 31 meters at the ground level—in fire-resistant blankets at its base: “The idea is to keep ground fire from getting at the tree where it is most likely to burn, which is close to the ground.” The Guardian has the details. See the wrapping below: 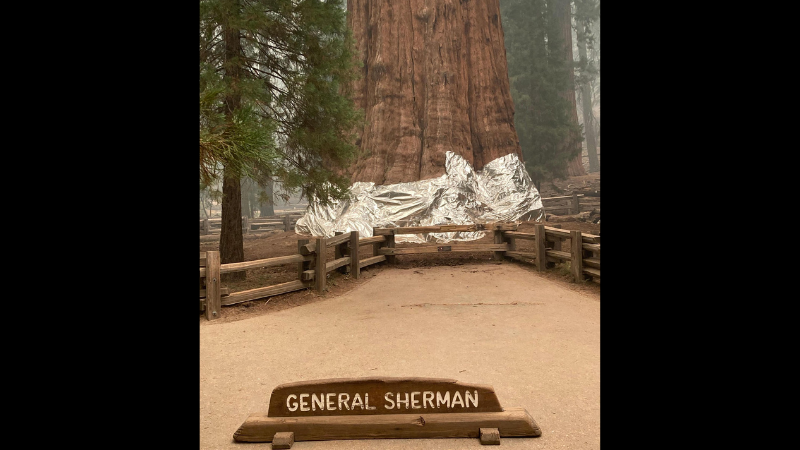 The wildly popular flick was based on the life of 80-year-old Georgian chess grandmaster Nona Gaprindashvili—who is now suing Netflix for defamation and invasion of privacy. The reason: She alleges the movie “belittled her career and damaged her reputation with a single sentence.” The offending sentence:

“The only unusual thing about her, really, is her sex. And even that’s not unique in Russia. There’s Nona Gaprindashvili, but she’s the female world champion and has never faced men.”

Gaprindashvili calls this line “manifestly false ... grossly sexist and belittling.” She points out that by 1968, the year—in which this episode is set—she had competed against at least 59 male chess players. (NPR)

One: Nathan Paulin walked over a tightrope—at the height of 70 metres—between the Eiffel tower and the Chaillot theatre. That’s a distance of 600 metres! It was part of France’s Heritage Day—when people are invited to visit buildings and monuments that are usually closed to the public. Watch the highlights below. 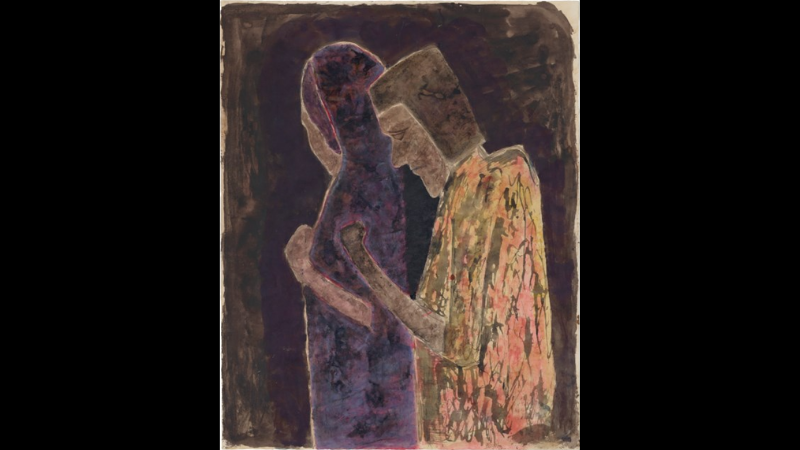