One: Scientists have a mad/brilliant plan to construct bases on Mars made of blood, sweat, tears, and urine. This construction material—called AstroCrete—basically adds protein albumin from human blood plasma and urea to bricks. Researchers estimate that a crew of astronauts could produce about 500 kilograms of these “blood bricks” within a two-year period. Next on the list of ‘human resources’ to exploit: hair and nails (keratin), dead skin cells (collagen), mucus, urine and human faeces—all of which will be essential to establishing extraterrestrial colonies. Makes us want to move to Mars right now! (Vice)

Two: Scientists dissected a dead whale that washed up on a beach in Denmark—and look what they found hidden inside the flipper: Fingers!! This is evolution’s way of repurposing the limbs of extinct ancestors who once roamed on land. IFLScience has all the details. We’re just gobsmacked by this photo (tap to zoom). 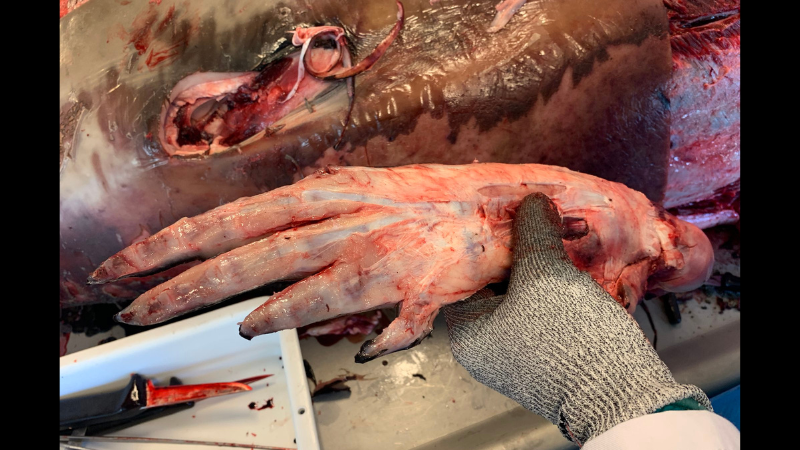 Three: Japanese architects have found a unique way to meet the need for space when you’re always working from home: a tiny home-office building that can be constructed adjacent to houses in just two days! The Hanare Zen is 91cm-wide and 1.8 metre-long—comes equipped with power sockets and a counter-type desk. And that’s it. Not recommended for claustrophobic types. (The Guardian) Four: Researchers in Germany took just 15 sessions to potty-train 11 cows—who now dutifully use the MooLoo. How they did it:

“When they urinated in the assigned area, they were given a sweet drink or some mashed barley, and when they relieved themselves elsewhere, they were surprised by a short blast of water from above.”

The study’s authors say: “The cows are at least as good as children, aged 2 to 4 years, at least as quick.” Hmm, maybe we humans should try it on our spawn lol! See the report below:

Five: Thanks to Thailand’s tough Covid restrictions, many taxi drivers simply abandoned their cars—which are now lying idle in lots. A company came up with the bright idea of using their roofs to grow vegetables—to feed out-of-work drivers and their employees. Watch the South China Morning Post report below: