One: Telmatobius culeus aka ‘scrotum frog’ is so named for the loose folds on its skin that give it an unfortunate resemblance to a certain part of human anatomy. These highly endangered animals are one of the world’s largest aquatic frogs and primarily found near Lake Titicaca on the border of Peru and Bolivia.

Two: This is a monument memorialising the Civil War in Iowa—and it is titled ‘Iowa’. No, we’re not kidding. 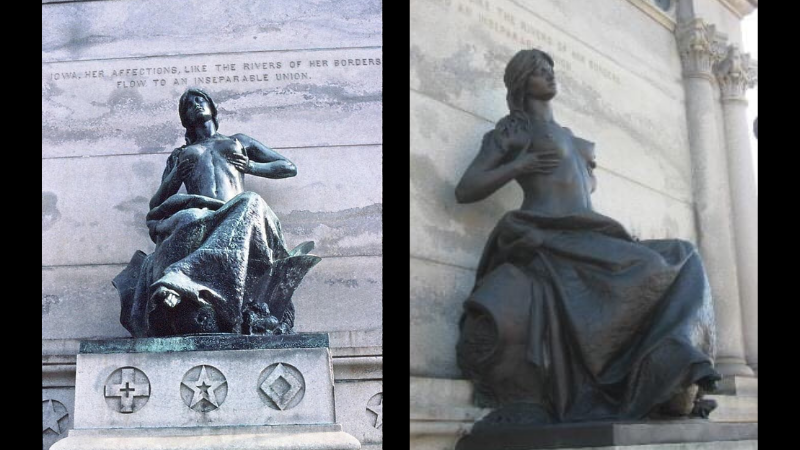 The statue also featured in author Bill Bryson’s memoir—as part of his sexual awakening as a boy lol:

“The pose, we are told, was intended to represent a symbolic offering of nourishment, but really she is inviting every man who goes by to think hard about clambering up and clamping on. We used to sometimes ride our bikes there on Saturdays to stare at it from below. 'Erected in 1890' said a plaque on the statue. 'And causing them ever since,' we used to quip. But it was a long way to cycle just to see some copper tits.”

For more in the same vein, here is an excellent thread of hilariously inappropriate statues.

Three: Can you paint with light? Now you can.