Editor’s note: The splainer team has been hanging out over at our Slack community, chatting with our subscribers. So be sure to join the conversation by clicking here.

One: It’s over. The last US flight left Kabul airport—marking the complete withdrawal from Afghanistan, and the end of a 20-year war. Somewhere between 100-200 Americans have been left behind—along with tens of thousands of Afghan allies. Meanwhile, the Taliban have proclaimed “full independence”. See the last soldier get on the plane below:

Two: The final hours of the evacuation were marked by an attack of several rockets targeting the airport—and which were intercepted by the US military. The Guardian has more.

Three: The UN Security Council has adopted a resolution asking the Taliban to allow people to freely leave Afghanistan. It also demands that Afghan territory not be used to threaten or attack any other country or to shelter or train terrorists. China and Russia abstained during the vote.

Four: A US drone strike against a suspected suicide car bomber has also killed ten members of a family—including seven children. The youngest of the casualties include two 2-year old girls. The Pentagon says it is investigating the claims of civilian deaths.

Five: The Indian government cancelled all visas to Afghans after reports that the Taliban had taken away passports from Afghanistan’s sole Indian visa agency. That agency has now furiously rejected this “fake news”—and asked the External Affairs Ministry to reconsider its decision.

Related good reads: Wall Street Journal via Mint tells the story of a group of war veterans, diplomats, wealthy donors and defense contractors who worked out of a hotel room in Washington to conduct a global military-style evacuation of 5,000 Afghans. MIT Technology Review has an excellent and alarming read on the US abandoning a treasure trove of biometric data and devices to the Taliban.

The Paralympic athlete won gold in the men's javelin F64/44 final with a world record-making throw of 68.55 metres. Over the course of six throws, he broke his own world record three times! ESPN offers this on Antil’s background:

“Sumit, hailing from Khewra village near Haryana's Sonepat, had originally planned to become a wrestler but those dreams were shattered after his left leg was amputated following a road accident. After months in hospital, a prosthetic leg revived his sporting dreams, gave him the confidence to compete with national stars and, at the Indian GP in March this year, he broke the world record for the first time.”

In far less happy news: Vinod Kumar will not be awarded the bronze medal in the men's discus throw F52. The reason: His disability had not been classified as yet by the Paralympics officials—which means he was not qualified to compete in his category. As a result, the bronze has now been awarded to Latvia's Aigars Apinis. Firstpost explains what happened.

Defence Minister Benny Gantz traveled to the West Bank to meet Palestinian President Mahmoud Abbas. It was the first high-level meeting between the two sides in nearly a decade. The reach-out—accompanied by a $150 million loan—came soon after Prime Minister Naftali Bennet met with President Biden at the White House—and was reportedly urged to make peace. Another reason for the sudden move, according to Gantz:  “The stronger the Palestinian Authority is, the weaker Hamas will be. And the greater its ability to govern is, the more security we’ll have and the less we’ll have to do.” (Al Jazeera)

Yesterday, we told you about female hummingbirds who take on ‘male’ colours to escape harassment. Turns out female octopuses take a far more direct approach: they throw stuff at males who annoy them:

“The octopuses hold silt, algae or objects such as shells under their bodies in their tentacles, then angle their siphons and shoot a jet of water at the projectiles, propelling them up to several body lengths.”

For example: one female octopus threw silt 10 times at a male who was attempting to mate with her. When no means no… and a bucketload of mud. (New Scientist)

As part of its sweeping education reforms, Beijing has banned exams for six and seven year olds—because of the harm to their mental and physical health. This is part of a broader attempt to tackle China’s hyper-competitive school system. Exams in other years have been limited to once a term—with mid-term and mock examinations allowed in junior high school. The government has also ordered all tuition schools to turn non-profit—and banned them from teaching on the weekend and holidays. (Agence France Presse)

Your finest bada peg is bad for the environment. Just nine distilleries on the island of Islay, Scotland, burn 15 million litres of oil each year—used to fuel their boilers. Now, one of the premium brands has set its sights on a net zero distillation process: “Bruichladdich hopes to pioneer the use of an innovative type of green hydrogen production using green electricity and water electrolysis, unlike the conventional method, which uses natural gas and creates CO2 in the process.” The Guardian has more on the broader shift within the whisky industry toward sustainability.

Beyoncé gets grief for Tiffany ad

The singer appeared alongside hubby Jay Z in the latest ad campaign for the diamond company—and made history as the first Black woman to wear Tiffany's famous Yellow Diamond necklace: 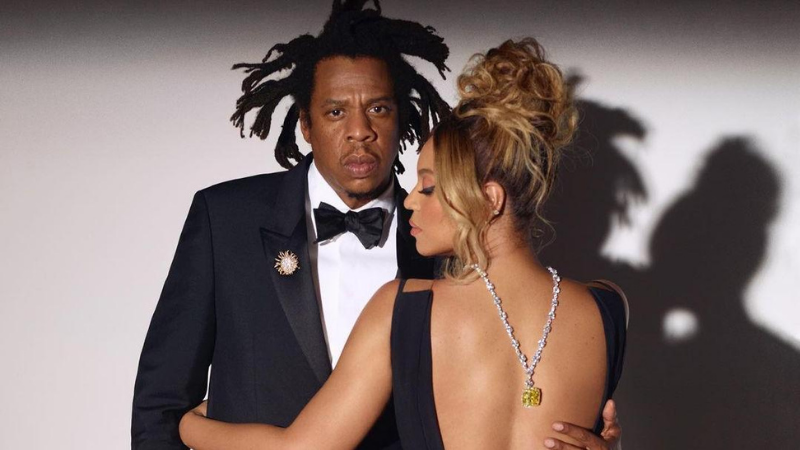 The problem: The diamond is the ultimate symbol of British colonialism—dug out of South Africa’s Kimberley mine in 1877 and sold to the jeweller’s (very white) founder Charles Lewis Tiffany. And this “blood diamond” was mined by black labourers who worked under very harsh conditions. So lots of people are unimpressed by Bee’s choice in brand partners, like Karen Attiah in the Washington Post: “If black success is defined by being paid to wear white people’s large colonial diamonds, then we are truly still in the sunken place.” Tabloids claim that Beyoncé is “disappointed and angry that she wasn’t made aware of questions about its history.”

Speaking of legendary musicians: Eric Clapton is out with a new song that many are reading as a rant against Covid restrictions. This is after he dismissed information establishing the safety of vaccines as “propaganda.” Yes, your beloved rock legend may just be an anti-vaxxer. The Guardian has the story. Check out the song below: