One: Rumours are that the newly appointed Deputy Prime Minister Mullah Abdul Ghani Baradar is dead—killed in a clash with the rival Haqqani faction. As we explained before, the Afghan government is split between the Kandahar faction which negotiated a withdrawal settlement in Doha—and the militant Haqqani wing which seized control of the country. And there have been multiple unconfirmed reports of violent clashes between the two sides. In any case, the Taliban have now issued a strong denial, and released an alleged voice message by Baradar—rejecting the report as “lies and totally baseless.” Well, it would be embarrassing to kill one’s own leader within a month of taking power. (Reuters)

Two: On Saturday, photos on social media showed women students fully veiled in black and waving Taliban flags. In response, Afghan women around the world shared photos of themselves in traditional attire with the hashtag ‘#DoNotTouchMyClothes’—to make this point: “This is our Afghan authentic dress. Afghan women wear such colorful and modest attires. The black burqa never has been part of the Afghan culture.” BBC News has the story. See lovely examples below: 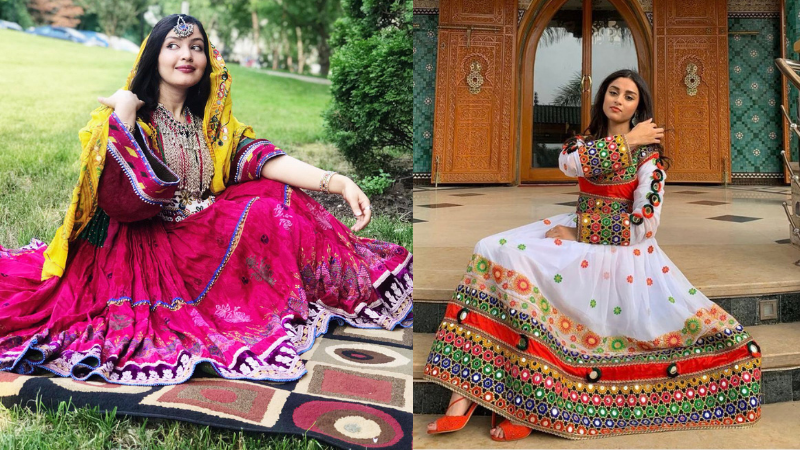 Three: In a rare bit of good news, 30 service dogs abandoned by contractors have new handlers and new homes—with a security company at the Kabul airport. Agence France Presse has a heartwarming video report:

A New York Times investigation discovered that senior officials at the Indian Council of Medical Research (ICMR) forced scientists at top institutions to downplay the threat of a second wave to prioritize the government’s political agenda. Studies that did not suit the narrative of a ‘magical recovery’ were either suppressed or quickly withdrawn. Also stuff like this: ICMR chief Balram Bhargava issued a directive in late July 2020 which forced scientists to withhold data that suggested the virus was still spreading in 10 cities. In an email to them, he said: “I have not got approval” to publish the data, adding “You are sitting in an ivory tower and not understanding the sensitivity. I am sincerely disappointed.” The New York Times (via The Telegraph) has more damning details.

In other Covid-related news: China is witnessing a new surge thanks to the Delta virus—and it is worryingly linked to a primary school—where a student’s father tested positive last week. This after serving 21 days in quarantine—during which he repeatedly tested negative. Sigh! (BBC News)

Internal documents reviewed by the Wall Street Journal show that the company has a system called “cross check” or “XCheck”—which exempts VIP users from most of its rules. These ‘whitelisted’ users are labeled “newsworthy,” “influential or popular” or “PR risky.” So when they share inflammatory, false or any other kind of information, their posts are not immediately deleted—which is what happens routinely for mere mortals (often unfairly due to AI errors). Instead, they are sent on to a separate system, staffed by better-trained, full-time employees, for additional layers of review. Here’s an example of how it worked:

FYI: XCheck grew to include at least 5.8 million users in 2020. And it may explain why hate speech by prominent Indian politicians is often never censored. (Wall Street Journal)

FYI: Y bills itself as a safe and responsible tool for exploring sexual fantasies—and urges you to upload your own photo. But we all know exactly how most people will use it. FYI: after the Review made multiple attempts to reach the creator, the site put up a notice on its homepage saying it’s no longer available to new users. MIT Technology Review has more details.

Apple launch is a bit of a yawn

The company unveiled the iPhone 13 and the latest generations of the Apple Watch, iPad and iPad mini. They mostly represented incremental improvements—and very little that was fresh or exciting. As Washington Post sums it up: “Apple chose style over substance on Tuesday, when it announced a lineup of surprise-free upgrades that didn’t quite live up to the high video production of its prerecorded stream.”

According to Wall Street Journal: “Some investors are worried the company’s stock is overvalued and that the newer phones with less dramatic changes—compared with last year’s highly anticipated debut—won’t fuel the same level of growth.”

The Verge and Cnet have the best roundups of the new lineup.

In other Apple-related news: The company has issued a patch for at least one major security flaw that allowed the Israeli snoopware Pegasus to hack its devices—including iPhones, iPads and Apple Watches. TechCrunch has more details.

New research has found an independent link between vision impairment that comes with age and the risk of developing dementia:

“After assessing health data, researchers found those with age-related macular degeneration had a 26% increased risk of developing dementia. Those with cataracts had an 11% increased risk and people with diabetes-related eye disease had a 61% heightened risk. Glaucoma was not linked to a significant increase in risk.”


FYI: Macular degeneration refers to when a part of your retina called macula is damaged—causing blurred vision. (The Guardian)

One: A new study has found that meat accounts for nearly 60% of all greenhouse gases from food production. The reason:

“Grazing animals require a lot of land, which is often cleared through the felling of forests, as well as vast tracts of additional land to grow their feed. The paper calculates that the majority of all the world’s cropland is used to feed livestock, rather than people. Livestock also produce large quantities of methane, a powerful greenhouse gas.”


For a comparison: Producing one kilo of wheat emits about 2.5 kg of greenhouse gases compared to 70 kg for a single kilo of beef. (The Guardian)


Two: A global survey across ten countries—including India—confirms what we kinda already know: young people between the ages of 16 and 25 are very worried about climate change. Three-quarters of those surveyed said the future is frightening. And over half (56%) say they think humanity is doomed. About two-thirds said that they felt sad, afraid and anxious—and a lot of it is because they have no faith in their governments:

“This shows eco-anxiety is not just for environmental destruction alone, but inextricably linked to government inaction on climate change. The young feel abandoned and betrayed by governments. We’re not just measuring how they feel, but what they think. Four out of 10 are hesitant to have children. Governments need to listen to the science and not pathologize young people who feel anxious.”

The annual fundraising event for the Metropolitan Museum is described as “simultaneously the Oscars and the Olympics of fashion.” The so-called red carpet looks are the most over-the-top, and therefore also the most fun! Vogue has the biggest collection (179 photos!), while The Cut has the best curation. Making the biggest splash: Lil Nas whose unveiled three outfits, each hiding under the other like Russian nesting dolls: 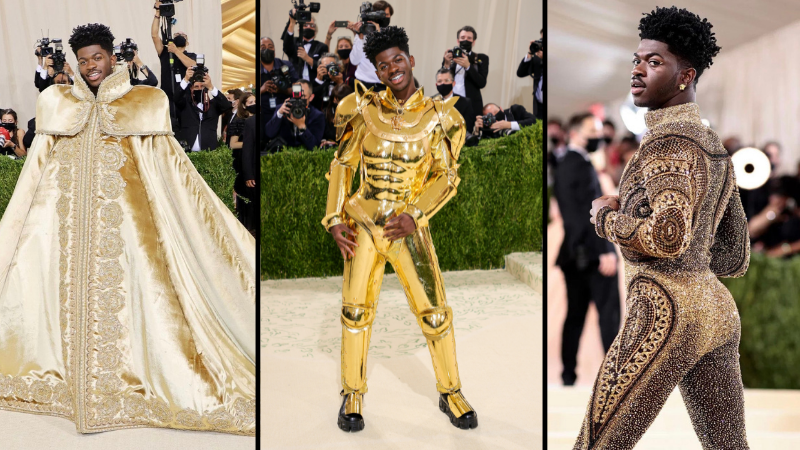 Kim Kardashian decided to go for the gold ghoul: 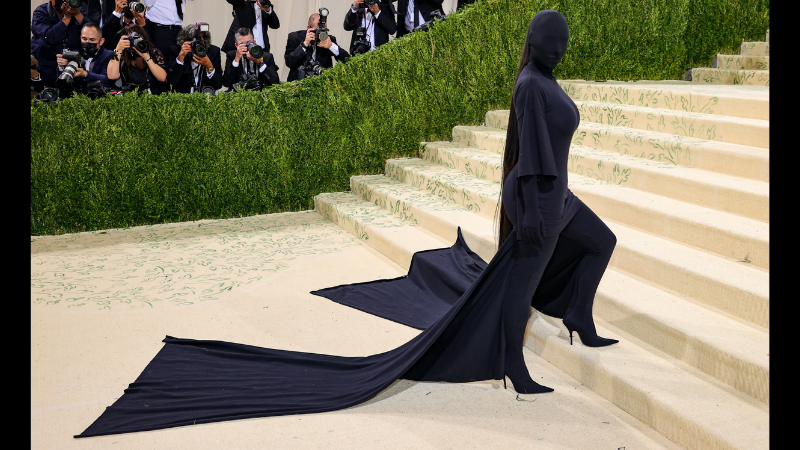 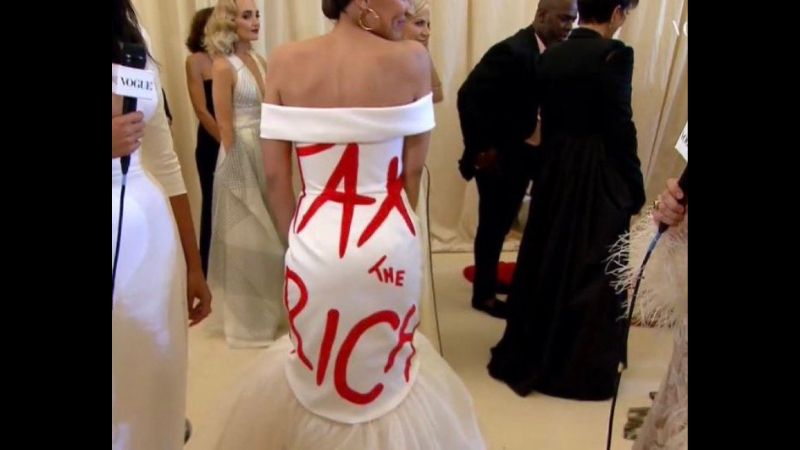 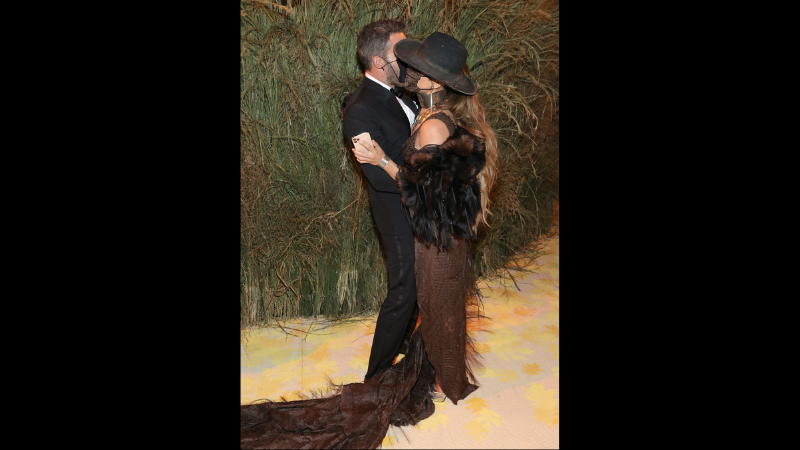 And Frank Ocean brought a date:

Dine with Data: All about Neodocs 🩺

Editor’s Note: Here is DWD’s weekly installment of one cool, innovative or just plain quirky startup from around the world.


About: An AI-healthtech venture, Neodocs enables you to test 14 medical vitals while sitting at home.


A proprietary control card, which is their testing apparatus, is shipped to you on a periodic basis. Each test requires a basic urine sample, and can be scanned and analysed using any normal smartphone with the Neodocs app. Plans go as low as ₹2500 for an entire year of vital tracking.


Food For Thought: The startup raised an undisclosed pre-seed round last December from Y-Combinator, 9Unicorn, and Titan Capital along with a few other angels from India.


DWD Take: Everyone is self-diagnosing and tracking these days. From the Spo2 and heart rate monitors in our smartwatches to comprehensive tools like Neodocs. It's a great step in being more aware of our body, and we're hoping that ND makes it a habit for many more Indians!


About DWD: Dine With Data🍴 sends you a short summary of one new startup every day, delivered straight to your WhatsApp inbox!