Our next playlist is going to be all about ‘feeling your zen’. So you need to tell us what song helps you dial down the tension, and fills you with peace. We want to create a playlist that helps all of us calm the eff down at the end of a stressful day or week. Here’s the form to share your recommendation. ICYMI, check out the kickass ‘dancin’ in your underwear’ playlist you helped put together last time.

On November 26, an unsuspecting woman in her 70s boarded the Air India flight from New York to Delhi. She had settled into her business class seat when this happened:

Shortly after lunch was served and the lights were switched off,...another passenger walked to my seat, completely inebriated. He unzipped his pants, relieved himself and continued to expose me to his private parts.

To make matters worse: the crew seemed to treat this, umm, incident as a little boo-boo. Not only did they not take action against the man, they gave the woman a change of clothes and insisted she return to her piss-soaked seat—even though there were empty seats in first class. She finally wrote to N Chandrasekaran—chairman of the Tata Group—which has now nudged the airline in sudden action.

Where we are now: The still unnamed man will be initially punished with a 30-day travel ban—while an internal committee conducts an investigation. And Air India has lodged a police complaint. The FIR now includes an astonishing array of charges: IPC section 294 (obscene act in public place), 354 (assault or criminal force to woman with intent to outrage her modesty), 509 (word, gesture or act intended to insult the modesty of a woman) and 510 (misconduct in public by a drunken person). And the Delhi police has launched a “manhunt” for the pissing passenger. (Times Of India)

A big EU ruling against Meta

The European Union regulators found that the company has illegally forced users to accept personalised ads. The reason:

The case hinges on how Meta receives legal permission from users to collect their data for personalised advertising. The company’s terms-of-service agreement — the very lengthy statement that users must accept to gain access to services like Facebook, Instagram and WhatsApp — includes language that effectively means users must either allow their data to be used for personalised ads or stop using Meta’s social media services altogether.

Meta has three months to figure out how it will comply with the ruling. This is the most consequential judgement on user privacy in Europe. It may also affect users around the world—since tech companies find it easier to make overall changes—rather than revise the product just for one region. And it makes Meta more vulnerable than ever—as it puts 5-7% of its revenue at risk. (New York Times)

The context: In December, the Uttarakhand High Court ordered the demolition of homes built on a 2.2 km area near the Haldwani railway station. The reason: the land belongs to the Indian Railways—which makes these homes of 4,000 families illegal. Also to be torn down: three government schools, 11 accredited private schools, 10 mosques, 12 madrassas, one government public health centre and one temple.

What happened now: Since the order, hundreds of people—mostly women—have been staging angry demonstrations. Their claim: they have been living in these homes for decades—without protest from the Indian Railways:

But the Railways insists it has all the ownership papers—dating back to 1959. The Supreme Court will hear the challenge to the High Court order today. Indian Express has more on the convoluted history of this eviction order. See a clip from the protests below:

A misinformation report from Alt News

The news site released its two-part report on the trends in misinformation—based on the content they fact-checked in 2022. Of their 475 reports, 40.8% were fact-checks on stories about the Muslim community. This isn’t exactly surprising—neither are most of the misinformation trends outlined in part one.

What’s more interesting is the data on the source of bad information in part two. Now, political parties—especially the BJP—emerge as the primary villains here. But what caught our eye is this finding: The Times Group is the misinformation leader of the media pack—and by a mile. Next in line are the Zee Group and India Today. In fact, the rightwing OpIndia comes in at #4! FYI: “It is worth noting that both India Today and Dainik Jagran are certified by the International Fact Checking Network (IFCN) and have dedicated fact-checking teams.”

Pakistan imports almost all its fossil fuels. But its foreign exchange reserves have been dwindling—and dropped by 50% last year. It only has $11.7 billion in the kitty—which will cover import bills for a month. So it is taking extreme measures to cut its energy costs. Malls and markets will now close at 8:30 pm—while restaurants have to shut shop at 10 pm. According to the government, just that one move will save $273.4 million (PKR 62 billion). (BBC News)

The Elon Musk-led company has reversed its global ban on political advertising because:

We believe that cause-based advertising can facilitate public conversation around important topics. Today, we're relaxing our ads policy for cause-based ads in the US. We also plan to expand the political advertising we permit in the coming weeks.

Twitter founder and ex-CEO Jack Dorsey had instituted the ban ahead of Donald Trump’s reelection campaign—saying “political message reach should be earned, not bought.” Guess Musk can’t afford to feel the same way. Twitter has haemorrhaged about $900 million in advertising revenue in the last three months of the year because big brands are wary of spending money on a platform that is in total turmoil. (Bloomberg News via Financial Express)

On December 30, the cricketer was seriously injured in a car accident when his Mercedes hit the divider on a national highway at a high speed—setting the car ablaze. Pant has been in a Dehradun hospital ever since. But the BCCI has now stepped in to take care of his recovery. He will be shifted to Mumbai where he will undergo surgery to fix two ligament tears in his right knee. Pant is expected to take at least six months to return to the field. (Indian Express)

Also recovering in hospital: Jeremy Renner—who met with a snow-ploughing accident on New Year’s Day. He was in critical condition but is now feeling much better—and even shared the selfie below to reassure fans, saying: “Thank you all for your kind words. Im too messed up now to type. But I send love to you all.” (CNN) 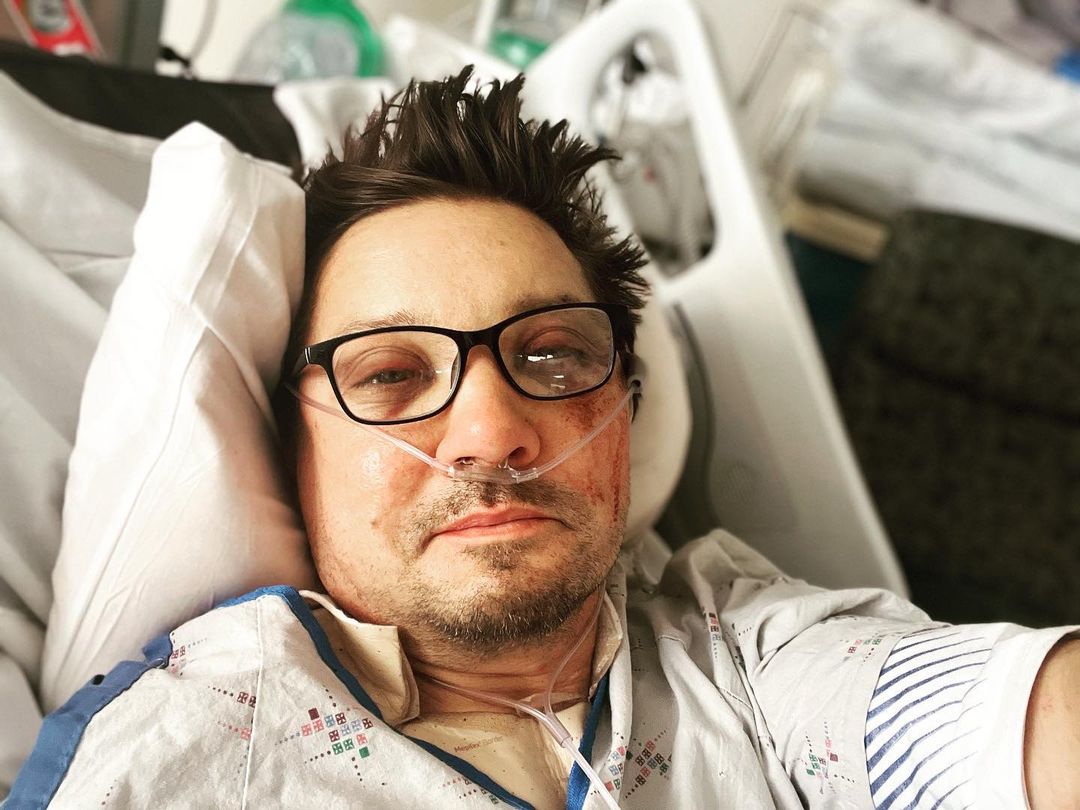 Scientists have discovered the first ever organism that eats viruses as a food source. This species of Halteria—a single-celled protozoan—daily diet is around ten trillion chloroviruses (which infect algae). It is being described as a ‘virovore’. Now, viruses are not exactly living creatures—since they only contain packets of genetic material and need the cells of other organisms to replicate and thrive. But they are apparently yummy, nevertheless:

[Viruses are] made up of really good stuff: nucleic acids, a lot of nitrogen and phosphorus.

One: Hamara Neeraj Chopra is wowing four-time Olympic champions like sprinter Michael Johnson with just his warm up routine! We recommend clicking through to read the sweet exchange they had on Twitter.

Two: Rahul Gandhi’s Bharat Jodo yatra through the south was mostly chill—with all sorts of people ambling along by his side. Look what happened when it reached Uttar Pradesh. Things are so nuts that the ‘pad’ in this padyatra seems to have disappeared.