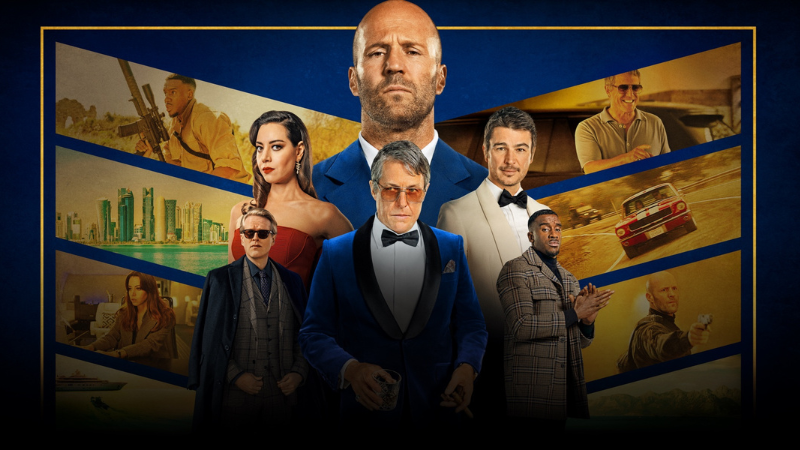 Operation Fortune: Ruse de guerre: This Guy Ritchie flick stars Jason Statham, Hugh Grant and Aubrey Plaza—fresh off her ‘White Lotus’ glory—and is an action-packed spy thriller—with the required dollop of comedy. We call it the ‘Ryan Reynolds’ formula. Orson Fortune (Statham) has to stop arms dealer Greg Simmonds (Grant) from closing a sale of deadly weapons capable of destroying the world. For this cliché mission, Fortune puts together a team of three spies—all of whom he dislikes, of course, but needs. A Hollywood star is thrown into the mix as bait for Simmonds.

While no official reviews for ‘Operation Fortune’ are out yet, we think a funny spy thriller with an excellent cast is good-enough reason to head for the theatres. The film hit the screens yesterday.

Kaleidoscope: Netflix’s latest experiment comes in the form of an eight-episode series about a heist—with a plot that spans 25 years. But here’s the twist: you can watch the episodes in any order, and they will all make sense but from different perspectives. Creator Eric Garcia hopes you watch its eighth episode as the finale. It follows a criminal, Leo who plans to steal $7 billion from an apparently impenetrable safe in New York. He is joined by other experts to form a team of seven, giving them all the opportunity to coin a billion dollars each.

Frankly, the reviews for ‘Kaleidoscope’ are rather underwhelming—Variety terms it an “underbaked show” whose “core product just isn’t very good.” The Verge suggests that its “storyline is packed with cliches”—enough to spoil the big reveals but does call it a “success” for its nonlinear story. The Hollywood Reporter says it has “mild but constant confusion throughout.” But much like the interactive ‘Bandersnatch’, you may want to check it out just because it’s trying something new. The series dropped on Netflix on January 1.

Madoff: The Monster of Wall Street: The Academy Award winning documentary filmmaker Joe Berlinger is back with a 4-episode limited series chronicling the rise and fall of Bernie Madoff—the mastermind behind an incredibly successful Wall Street Ponzi scheme that carried on for more than 20 years. This docu-series set in Berlinger’s signature edge-of-the-seat true-crime story approach uncovers the details of his $64.8 billion fraud and failings of the American financial system. The series includes live footage from the court as well as interviews with whistle blowers, victims and case experts.

The Guardian calls it a “pacy” and “jaw-dropping financial thriller”. The Wall Street Journal praises Joe Berlinger for “not making the Madoff story remotely romantic, or even a parable, while at the same time putting blood in its veins.” Decider warns that it has “a bit of a sensationalist vibe” but “imparts a lot of good information about Madoff’s psyche, the structure of his Ponzi scheme, and why people invested in it in the first place.” So if you know all about Madoff already, you might want to skip this one. The Netflix production premiered on January 4.

Copenhagen Cowboy: Get your fix of noir and mystery from this six-part mini-series which presents the story of Miu—played by the young Danish actress Angela Bundalovic. She arrives in the city and traverses its underbelly seeking revenge. Oh, she also has supernatural skills of healing and fighting. With each episode, we get a clearer view of both Mia’s motivations and the city.

This is a film festival fave and was previously screened at the Venice Film Festival 2022. The reviews for the show are mixed as it may not be to everyone’s taste. Decider praises Refn for his ability to fold “fantasy and noir together without the blend sounding discordant.” The Guardian commends the “spellbinding visuals” but found the plot a bit loose and scattered. But Collider thinks “what is happening matters far less than the manner in which it is all playing out”—calling it a “a dynamic and disturbing experience.” It released on Netflix on Thursday.

Strangest Bird Alive: If action thrillers and art films are not your cup of tea at the start of the year, this one’s for you. This National Geographic show is about Namibian ostriches, their lives and challenges. It has no trailer or official reviews yet, but we think it’s safe to assume there will be adorable little chicks running around and warming our hearts:) It landed on Disney+ Hotstar yesterday. 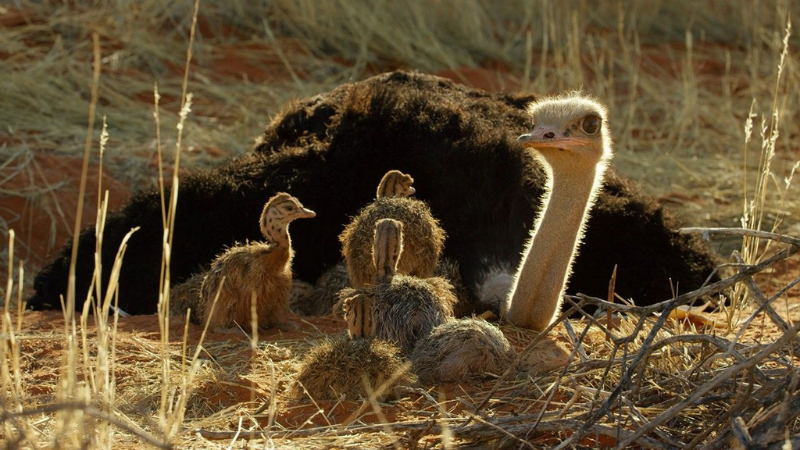