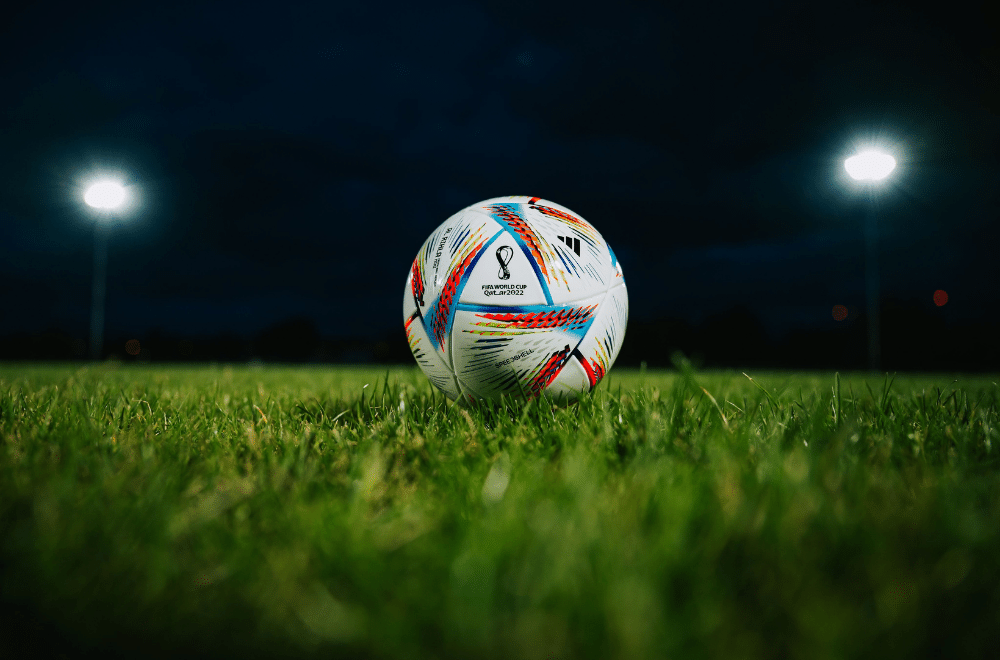 The 2022 World Cup in Qatar: Why is everyone so uneasy?

The tournament has been marred by controversy from the very beginning. First came allegations of FIFA corruption, followed by backlash around Qatar’s human rights record—and inevitably, questions about the exploitation of foreign labour. The World Cup is barely a month away and the rumblings of unease and dissent have still not dissipated.


Let’s start at the very beginning…

On December 2, 2010, FIFA announced the winning bids for the 2018 and 2022 World Cups. The victors: Russia and Qatar, respectively. In the case of Qatar—which beat the United States—the inexplicable decision to grant a tiny country with limited resources came as a shock. To account for Qatar’s hot summers, FIFA also made the extraordinary choice to move the tournament to the winter—bang in the middle of the Championship and Premier League schedule. Odd.

The allegations: There were immediate allegations of corruption—that Moscow and Doha had bribed the FIFA leadership to secure their bids. None have been proven to date, but here’s a stat to consider: 16 of 22 voting members present on Bid Decision Day have since been “implicated in or investigated over some form of alleged corruption or bad practice.” FYI: the voting committee in 2010 was already short two members—who had been filmed agreeing to sell their votes.

The indictment: Last year, the US Justice Department filed a formal indictment that claimed three South American officials had been paid off to vote for Qatar. It confirmed multiple media and whistleblower accounts that Doha had thrown money at almost everyone at the committee. Also this: another official from Trinidad and Tobago received $5 million to vote for Russia—while one from Guatemala got $1 million for the same.

The fallout: Zero. FIFA merely cleaned out its stables—banning and firing various ‘bad apples’—and continued as planned. There is no clear evidence implicating either Doha or Moscow. All the evidence leads right to their doors—but never gets past the threshold. Example: Mohammed bin Hammam, the Qatari president of the Asian Football Confederation—has been banned from football for paying $5 million in bribes to secure its bid. But the Qatari committee has simply denied any knowledge of his activities.

Quote to note: The Guardian neatly sums up how football corruption works in these rarefied circles with this example of France:

“Plus there is the other major set piece of that bid period, the lunch at the Élysée Palace in November 2010 when [Nicholas] Sarkozy, France’s president, hosted [UEFA president Michel] Platini and the emir of Qatar. Platini switched his vote to Qatar around this time. He denies the two events were connected. The emir’s government would later buy out Paris Saint-Germain, increase its stake in a French media group and buy up the rights to French football. France has enjoyed productive commercial relations with Qatar ever since. Everybody present denies there is any connection.”

Point to note: The present FIFA prez Gianni Infantino is also under criminal investigation—though for holding secret meetings with the Swiss Attorney General.

Next: The angst over Qatar’s ‘cultural values’

Having awarded Qatar the 2022 World Cup, FIFA now finds itself under increasing pressure over the nation’s dubious human rights record. There is the nasty business of brutal working conditions for foreign labourers (more on that later). But far more explosive is the PR fallout of staging the World Cup in a nation that treats homosexuality as crime—punishable by three years in jail.

The players: Many of them have announced plans to demonstrate their support for “equality.” In warm-up games leading up to the tournament, the Netherlands and Denmark squads wore jerseys with the message ‘football supports change’. The German team sported the words ‘human rights’ in its qualifying match against Iceland. Harry Kane and other team captains will sport rainbow-themed armbands with a ‘One Love’ message that promotes diversity and inclusion—to “send a clear message when the world is watching.”

But, but, but: Much of this concern is not so much for Qatari citizens but for the safety of Western fans expected to attend. As England’s head coach Gareth Southgate put it: “It would be horrible to think some of our fans feel they can’t go because they feel threatened or worried about their safety.” And he also made clear that there were limits to the players’ willingness to critique:

“There’s not a lot more the players in particular can do than talk about those issues. In the end we’re asking for change in a country that we’re respectful of, that has made a lot of progress, but also we don’t have any control over.”

The organisers response: Qatar claims “all visitors will be welcome”—but warned against any public displays of affection. And its football committee head claimed rainbow flags will be banned at the stadium. When first asked about the issue, then FIFA chief Sepp Blatter flippantly told queer folks to “refrain from sexual activity.” FIFA officials have since declared that “rainbow flags, T-shirts will be welcome in the stadium.” But officials in charge of stadium security insist “rainbow flags could be taken away from fans to protect them from being attacked.”

A perfect example: of this double talk:

“Fifa president Gianni Infantino said: ‘Let me repeat it clearly: everyone will be welcomed to the tournament, regardless of their origin, background, religion, gender, sexual orientation or nationality.’ But minutes later, World Cup chief operating officer Colin Smith added: ‘All we ask is that people respect the cultural norms of Qatar.’”

About those foreign workers…

Unfortunately for FIFA, Qatar’s treatment of the labour imported to stage the World Cup cannot be dismissed as a “cultural norm.” The nation has imported a reported 30,000 labourers just to build stadiums—mostly from Bangladesh, India, Pakistan, Sri Lanka, Nepal and the Philippines. And there have been successive media and NGO reports exposing their appalling working conditions—and some response from Qatar to the criticism.

The evidence: Amnesty International published the first damning report in 2013. It showed employers withholding passports and salaries from migrant workers, forcing them to pay recruitment fees and live in filthy conditions. In response, Qatar passed new laws in 2017 to improve living conditions—limiting the number of hours worked in the day and in the scorching sun. But a 2021 Human Rights Watch investigation showed that little had changed.

According to The Guardian, 6,751 South Asian migrants have died between 2010 and 2021—most of whom were working on World Cup projects:

“Qatar’s grim death toll is revealed in long spreadsheets of official data listing the causes of death: multiple blunt injuries due to a fall from height; asphyxia due to hanging; undetermined cause of death due to decomposition.”

A 2019 report determined that many were dying from heat stress—forced to toil in temperatures of up to 45°C for up to 10 hours a day. Most recently, more than 60 workers protested against inhumane working conditions—and the fact that they had not been paid for as long as seven months. A number of them were later deported for breaching “security laws.”

Point to note: The government insists that there were only 37 accidents between 2014 and 2020 at World Cup stadium construction sites—of which only three of which were "work-related". But this may have to do with the fact that Doha conveniently doesn't count deaths from heart attacks and respiratory failure as work-related—even though these are common symptoms of heatstroke.

Whither compensation fund? There has been great pressure on FIFA to create a fund to compensate workers who died or have been injured. But there is no evidence that it has done so. FYI: FIFA stands to make a staggering $3 billion in profit.

But, but, but: Malcolm Bidali who was arrested and fined for speaking up for migrant workers is sceptical of any call to boycott the event:

“Here’s the thing. If anyone wanted to do anything about anything, they would have done it the moment [a Qatar World Cup] was announced. That was 2010. People could have come out and said, ‘OK, let’s boycott this thing. But now it’s too late. Migrant workers would face retaliation. Qatar will say, ‘Oh, we’ve lost the World Cup because of you migrant workers.’ So it should definitely go on. But I think people should be more aware of what’s going on.”

And other local activists say that the international spotlight has resulted in genuine reform—but worry that it may disappear once the it moves on.

The bottomline: Every sport—especially a wealthy one like football—has its ugly underbelly. But it has never diminished the devotion of fans. Neither will any past, present or future revelation about Qatar.

Forbes has the best overview of the various controversies—while Bloomberg News offers a straight-forward explainer. The most scathing and best read on this list is The Guardian’s takedown of FIFA corruption. LA Times offers a balanced take on the treatment of foreign workers—and you can also read the investigations by The Guardian and Amnesty International. For a more general take on the tournament, read Sports Illustrated and The Conversation.