Editor’s note: If you need more context, we highly recommend reading our Big Story on the historical roots of the conflict and this timely explainer on the effectiveness of economic sanctions, the return of the Cold War, what is driving Vladimir Putin, India’s “balancing act” and the looming oil crisis.

Related things to see: A Czech designer has launched a pillow featuring the face of Zelenskyy: “Many people, mostly of the fair sex, see him as some kind of a sex symbol, so I got the idea to make a pillow which would look like he is actually in their bed.” The plan is to use the proceeds for Ukrainian relief efforts. 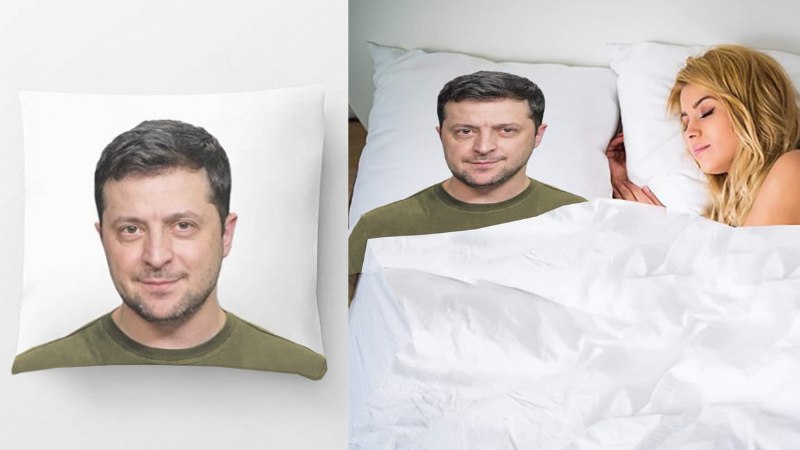 Also: this is Patron—who has reportedly helped defuse 90 explosive devices since the invasion.

Good related reads: Bloomberg News via Mint looks at how the invasion has complicated Moscow’s trade ties with Beijing. Washington Post explains why the West is confused by mixed signals sent out by Zelenskyy. The Week looks at how Ukraine’s sophisticated use of drones has helped them keep the Russians at bay. Vox asks: Is Russia losing the war?

Two members of the Quad—Japan and Australia—are ready to offer bountiful gifts of investment. Japanese Prime Minister Fumio Kishida was in town to meet PM Modi this weekend—and ended his trip by announcing $42 billion in investments over the next five years. Suzuki Motor alone will put $1.4 billion into its India factory to make electric cars. Coming up today: A virtual summit with Australian PM Scott Morrison—who will announce $197 million (Rs 1,500 crore) in new initiatives. These bursts of generosity are, of course, tied to India’s tightrope walk on Ukraine.

Lakshya Sen loses out in final

After a dazzling victory in the All England Open semi-final, Sen became the first Indian man to reach the final in 21 years. But unfortunately, his dreams were crushed by a straight game loss to world number one and Olympic champion Viktor Axelsen. Indian Express has a good profile of Sen and his stoic mindset.

In gorier sports-related news: International kabaddi player Sandepp Nangal Ambia was killed by hitmen hired by a Canada-based rival Snover Dhillon in Jalandhar—in the middle of a kabbadi match! The international conspiracy includes two other main accused—one in Canada and the other in Malaysia. An equally astonishing angle to this murder:

“Sources in police said many kabaddi federations in India and abroad are formed solely to provide cover for the drugs business, with players who go to participate in tournaments abroad used as drug peddlers. Ambia had reportedly resisted this, drawing many people who wanted to keep away from tainted leagues.”

Sri Lanka: The country is in the midst of the worst financial crisis since independence. Things are so bad that school exams have been cancelled due to the lack of printing paper. And citizens are struggling in the face of sky-rocketing inflation. The country owes $6.9 billion but only has foreign reserves of $2.3 billion. India has extended a $1 billion credit line to help.

Pakistan: Imran Khan’s government looks extremely vulnerable as it faces a no-confidence vote on Friday. The Pakistan Tehreek-e-Insaf (PTI) may lose its coalition partners and a number of its own members—who have joined in asking for the vote. Khan’s attempt to woo them back: “Come back and I will forgive you. We all make mistakes. Like a father forgives his children.” Yup, that will work. Also: There are rumours that Khan has fallen out with the all-powerful military. Dawn has a detailed analysis of how Khan got into this mess—but a lot of it is insider politics. (Al Jazeera)

Afghanistan: is rock-bottom for a consecutive year in the UN-sponsored Happiness index. Just above it is Lebanon and Zimbabwe—while India came in at #136—out of a total of 146! FYI: this is an improvement compared to the year before. Neighbours doing better than us: China, Sri Lanka, Nepal and Pakistan. The happiest of the lot is Finland, as usual. (Hindu Business Line)

The controversial movie directed by Vivek Agnihotri has earned Rs 1.4 billion (141.25 crore) since its release a week ago. It is now the highest-grossing film in theatres post the pandemic—beating big Bollywood films like Akshay Kumar’s ‘Sooryavanshi’ and sports drama ‘83’. One big reason: tax exemptions from several BJP state governments and the vocal support of Prime Minister Narendra Modi. The movie may soon be dubbed in Tamil, Telugu, Malayalam and Kannada. (Mint)

Fermented dairy: New research shows that regularly drinking “dairy-based fermented beverages”—think kefir—greatly improves memory loss. The reason: these probiotic drinks help improve gut health which in turn makes your brain happy. FYI: lassi is also a fermented dairy drink—but it isn’t clear if it is as effective as kefir. In any case, The New Daily has an excellent read on the many other recent studies that reveals the many benefits of yoghurt. So raita zindabad!

Medical marijuana: A small study has raised important questions about the benefits of medical marijuana for treating mood and anxiety disorders. It found that people who were treated with weed were twice as likely to develop “cannabis use disorder”—substance dependence—and showed no changes in depression, anxiety or pain symptoms. But the marijuana did help with insomnia and general sense of well-being. Why this matters: It suggests that medical marijuana may actually “pose a high risk or may even be contraindicated for people with affective disorders.” (CNN)

We are not making this up. A new law allows death row prisoners to choose to die by firing squad or electric chair—if lethal injections are not available. They will be executed in a $53,600 death chamber like so:

“[A]n inmate would be strapped into a chair with a hood placed over the person's head. A member of the execution team would place a small aim over the person's heart, according to the release. The rifles used by the three-member firing squad will not be visible to witnesses.”

This is the state’s solution to the increasing shortage of drugs required to administer lethal injections—which will remain the preferred method of execution. FYI: three other states already offer this option: Oklahoma, Mississippi, and Utah. (CNN)

Disney’s U-turn on a same-sex kiss

The company first cut the kiss out of the upcoming Disney-Pixar film ‘Lightyear’—and then put it right back after a letter released by LGBTQ Pixar employees claimed that Disney executives had axed “overtly gay affection” from all animated features. The kiss between two female characters will be the first-ever for a Disney film. Hollywood Reporter has more on why Disney is facing backlash from the LGBTQ+ community.

In other entertainment news: If you care, Saturday Night Live comedian Pete Davison will not be hitching a space ride on Jeff Bezos’ Blue Origin. No reasons were offered by either side. (Vanity Fair)

One: Australian cricketer Glen Maxwell married his Indian-origin pharmacist girlfriend Vini Raman—having skipped the Pakistan tour to get hitched. Below is the sweet Insta photo shared as part of the announcement. (Indian Express) 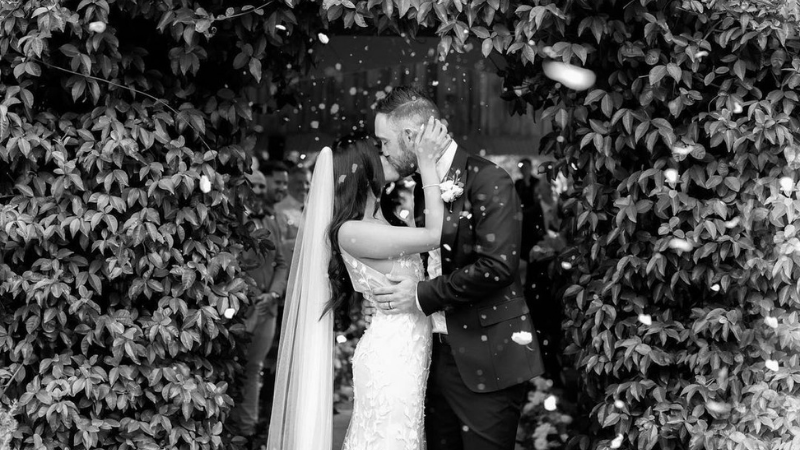 Two: The powerful James Webb telescope took its best photo yet of a star called 2MASS J17554042+6551277. There is nothing special about it except it reveals the telescope’s exceptional image quality: “Webb captured the star with a red filter to enhance its brightness, and could see not only the stellar target itself but also stars and galaxies in the background.” See it below. (TIME) 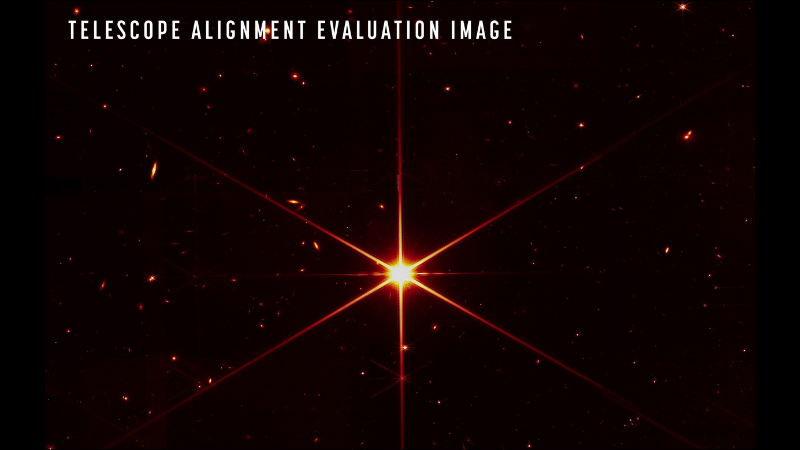 On the latest episode of the splainer podcast ‘Press Decode’, the splainer team discusses the revelations of an explosive Al Jazeera investigation into the ties between Facebook, the BJP and Reliance. Be sure to head over to the IVM website, Spotify or Apple Podcasts to listen to it.