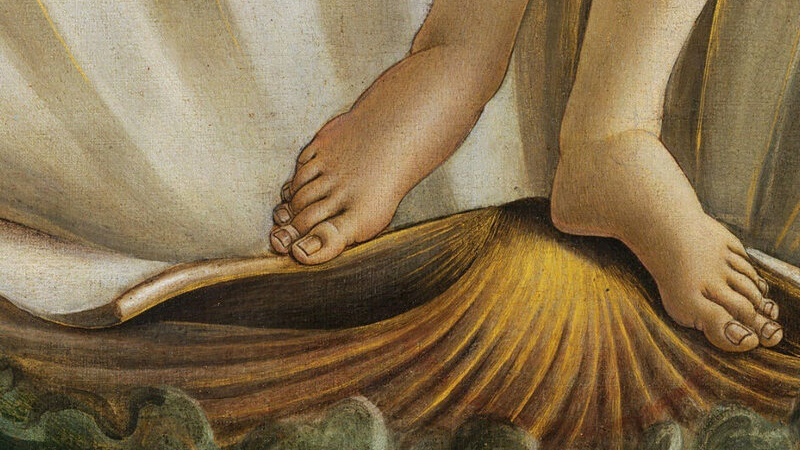 One: Did you know that in depictions of Venus in ancient art, her second toe is always way longer than the big one? It was considered visually pleasing—and in accordance with the Golden Ratio that rules aesthetics. To this day, the feature—shared by 15-20% of humanity—is called the ‘Greek Foot’. Atlas Obscura has more on its history. And you can admire the digits of Botticelli’s famous depiction of Venus de Milo below.

Two: Did you know that your house plants are constantly in motion—stretching, bending, twirling and moving throughout the day? Here is a time lapse video. There’s an entire collection of the same here.

Three: The most annoying part about getting comfortable in bed is figuring out where the hell to stow your arms. Say hello to the SONU (not Sood) sleep system—which bills itself as the “world's first mattress designed for side sleepers”—that finally allows your “arms to rest where they're meant to and give your body the relief it has always needed.” Hmm, we’re intrigued but not sold. FYI: if you’re curious, check out the company’s website.