One: Shammi Kapoor—best known for his good looks and curly forelock—was one the earliest adopters of the internet in India. In fact, he had a connection long before the country did, thanks to a beta access account to Apple’s eWorld service given out to a handful of Indians. He was also the chairman of an exclusive group of super-early adopters called the Internet Users Club of India. There’s lots more in this brilliant 2015 Mint read on the birth of the internet in India.

Two: Remember when your grandparents would scold you to eat fruit—not sweets? Now you can do both thanks to cutting edge plant breeding techniques. Say hello to candy-flavoured fruits. It all started with Cotton Candy grapes back in 2013, but today includes strawberries like Wow Berries lolliberry—which tastes like a Starburst. Yes, they all have more sugar than the normal kind so naani probably won’t approve. (New York Times)

Three: The hottest trend in men’s footwear: slip-on mules—which is poised to overthrow the tyranny of the overpriced sneaker. According to Wall Street Journal:

“We are in a maximalist mule moment, with labels from Adidas to Saint Laurent going backless en masse. While a mule refers to a shoe without a heel covering, many aficionados call any slip-on that is not a loafer or traditional dress shoe a mule. Clogs with a backstrap or a slight heel notch are ‘a mule’s best friend.’”

Below is Crocs’ Poliex Clogs—a hot-selling collab with designer Salehe Bembury. Yes, the pandemic is yet again responsible for this fashion, umm, aesthetic. To be fair, there are all kinds of mules—some more attractive than others—and they’re a far more suitable option for Indian weather. Take a look at the many varieties over on @MuleBoyz. 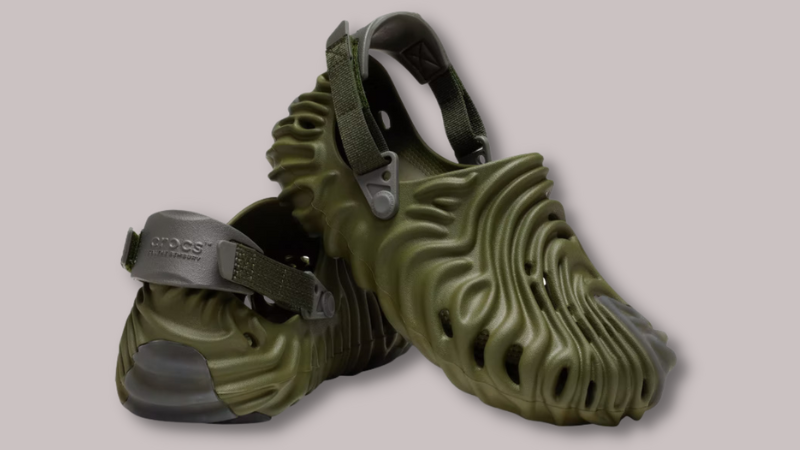 Four: ‘We Met in Virtual Reality’ is the first documentary filmed entirely inside the metaverse—on VRChat, an interaction platform—using a camera feature specially developed for it. Hyperallergic has a lot more details. And you can also check it out on HBO—where it will premiere soon. Watch the trailer below.