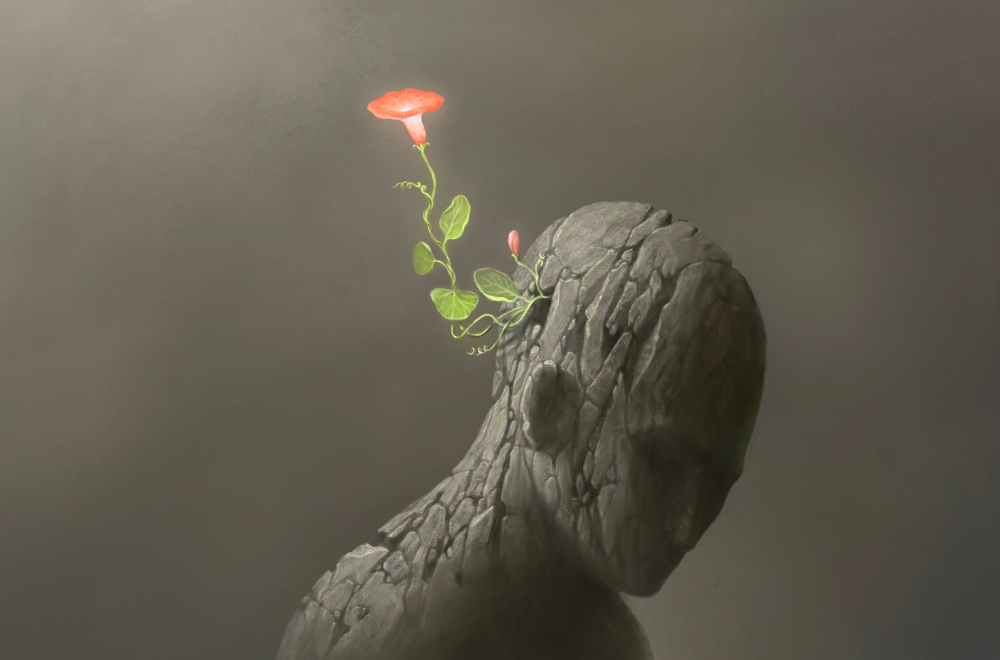 A startling new study on the roots of depression

According to a recently published study, there is no connection between brain chemistry and depression—and it challenges the prescription of antidepressants to treat the condition. But many experts say the study’s findings do not support its claims.

First, a guide to depression: causes and treatment

To understand why this study has created great uproar in medical circles, let's first look at what we know about depression and how it is treated:

The numbers: According to the WHO, around 3.8% of the world’s population—around 280 million—suffer from depression. In India, that number is higher: 5%.

The cause: Depression is a complex and little understood disease. Its symptoms can vary from one person to another. This in turn makes it difficult to diagnose and treat. Also challenging: the fact that depression can be caused by a variety of factors including external trauma, inflammation, genes, gender, heredity etc.

The serotonin theory: Serotonin—also known as 5-hydroxytryptamine (5-HT)—is a chemical that carries messages between nerve cells in the brain and throughout your body, telling it how to work. It affects everything from mood to sleep, digestion, blood clotting and sexual desire. The widely accepted theory in medical practice directly links serotonin levels to depression:

“Serotonin in your brain regulates your mood. It’s often called your body’s natural ‘feel good’ chemical. When serotonin is at normal levels, you feel more focused, emotionally stable, happier and calmer. Low levels of serotonin are associated with depression.”

From effect to cause: What’s interesting is that scientists first discovered the effects of boosting serotonin entirely by accident—when using a drug intended to treat tuberculosis in the 50s. As researchers set out to discover why it worked, they found that it boosted serotonin levels. Then they worked backwards to establish cause:

“Initial research revealed that antidepressants increased the quantity of serotonin and noradrenaline in the brain. These findings formed the basis of a theory of depression, known as the monoamine hypothesis, which suggests that insufficient levels of these neurotransmitters are an underlying mechanism of depression that can be corrected with antidepressants.”

The rise of antidepressants: Thanks to the ‘serotonin theory’, SSRIs—or selective serotonin reuptake inhibitors—have become the widely used and accepted medication for depression. And a vast majority of the public view depression as a result of a “chemical imbalance” in the brain, with plenty of help from pharmaceutical companies that make drugs like Zoloft etc., of course.

But, but, but: Over the past decade, the serotonin theory has been challenged by various studies and treatments. For example, the effectiveness of an antidepressant called Stablon that actually reduces the serotonin levels in the body. Also this:

As a result, some experts now claim: “Chemical imbalance is sort of last-century thinking. It's much more complicated than that.”

Ok, so what does this new study show?

The study: This first-of-its-kind research was published in the ‘Molecular Psychology’ journal on July 20. The researchers conducted an “umbrella review” of evidence collected by 17 large-scale, systematic studies—of people both with and without depression. Since we can’t measure real-time levels of serotonin in a person, these studies looked at other evidence to detect its presence. Example: levels and activity of serotonin receptors. And they used these to examine the link between serotonin and depression.

The conclusions: The review found the following:

The controversial bit: As we noted, the medical community has already been questioning the cause-effect relationship between serotonin and depression. But many experts challenged the larger conclusions drawn by the authors. The lead author Joanna Moncrieff declared:

“Our view is that patients should not be told that depression is caused by low serotonin or by a chemical imbalance, and they should not be led to believe that antidepressants work by targeting these unproven abnormalities. We do not understand what antidepressants are doing to the brain exactly, and giving people this sort of misinformation prevents them from making an informed decision about whether to take antidepressants or not.”

The authors also warned against the use of antidepressants:

“If antidepressants exert their effects as placebos, or by numbing emotions, then it is not clear that they do more good than harm… We conclude that it is impossible to say that taking SSRI antidepressants is worthwhile, or even completely safe.”

Actually, they do. A major international study published in The Lancet looked at 21 commonly used antidepressants—and concluded that all are more effective than placebo for the short-term treatment of acute depression. The pushback has, therefore, focused on the study’s claims about treatment—and not its findings on serotonin levels as a cause for depression.

As Vice points out:

“There are two separate questions being raised. One is: Do depressed people have different levels of serotonin? The review suggests the answer is no. The second question is: Do SSRIs work to help some people with symptoms of depression? ‘The second question isn’t addressed in the paper,’ [psychologist Lucy] Foulkes said. ‘The danger is, it’s now being used to answer that question’.”

A related big critique: The study did not look at the use of antidepressants at all. So it cannot use its evidence to draw conclusions about the effectiveness of medication. Medical treatments are tested through randomised trials—not by looking at serotonin levels in various studies.

Most importantly: Experts say that the study’s authors wilfully misunderstand how treatment works:

At best, it indicates we don’t fully understand why antidepressants work:

“It is very clear that people suffering from depressive illness do have some abnormality of brain function, even if we do not yet know what this is, and that antidepressants are effective treatments for severe depression whereas interventions such as exercise and mindfulness are not.”

Point to note: Some have also questioned the motives for framing the results as a blow against antidepressants—pointing out that the authors are part of a community that are sceptical of psychiatric medication in general—sometimes called “critical psychiatry” or “anti-psychiatry.”

The bottomline: As one neurobiologist points out: “The main misconception is… that depression is a single disease with a single biochemical deficit. Today, it is largely accepted that depression is a heterogeneous disorder with potentially multiple underlying causes.” And no single study or treatment can possibly offer all the answers.

Nature has the original study—while the authors penned a summary in The Conversation. The Guardian offers an overview of the controversy. The Science Media Centre has a useful roundup of all the expert views—while Vice offers a longer, reported story. This older (and very good) Scientific American feature looks at the changing views on the link between brain chemistry and depression.