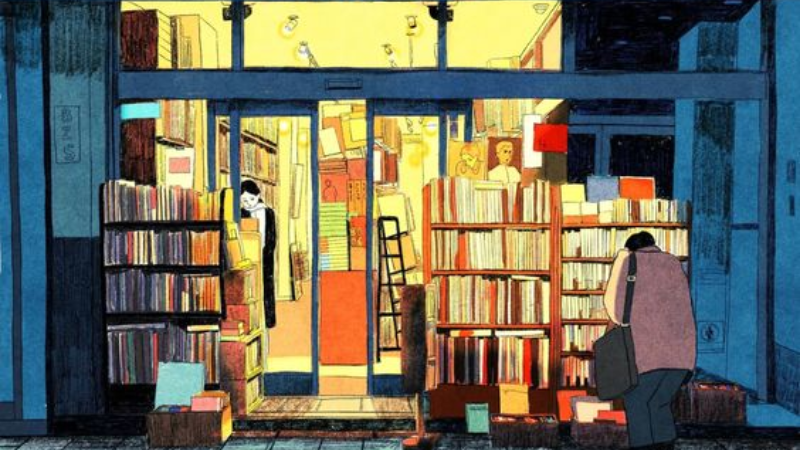 Hello, my fellow readers. There’s a whiff of autumn in the air, and I couldn’t be happier. No pumpkin spice latte for me, but a re-watch of ‘Zodiac’ is perhaps in order. To celebrate the season, I’m doing a little giveaway! Tell me about your favourite read of the year so far, and one randomly selected winner will get a copy of ‘The Sweet Kitchen: Tales and Recipes of India’s Favourite Desserts’ by Rajyasree Sen. Just drop an email at kaushalanushree@gmail.com.

Now, some upcoming books for your reading pleasure.

The Fervor: by Alma Katsu. Horror fans, prepare yourselves! Set in the very real Japanese American internment camps during WWII, the book follows a mother and daughter kept captive there when a mysterious disease, whose origins seem to be supernatural, starts spreading across the camp. (October 4)

Our Missing Hearts: by Celeste Ng. This is one of the most anticipated new releases of this year across the globe. Ng tells the story of 12-year-old Bird Gardner who leaves on a quest to find his mother, a Chinese American poet-dissenter, in a world where children of dissidents are relocated and books with unpatriotic themes removed. (October 4)

The Heartstopper Yearbook: by Alice Oseman. ‘Heartstopper’ fans are legion—and for good reason. This is exclusively for them—a full-colour companion book with never-before-seen illustrations, character profiles and more! Readers, you totally deserve this pure ball of joy.  (October 18)

Illuminations: by Alan Moore. Moore is arguably the biggest name in comics and graphic novels, having written ‘Watchmen’ and ‘Batman: The Killing Joke.’ This year, he brings us his first collection of stories, written over 40 years. As expected, it has mind-boggling plots, unforgettable characters, and is all-round fun. (October 18)

The Passenger: by Cormac McCarthy. McCarthy’s latest novel comes after a 16-year break, making it something of an event. Our protagonist, Bobby Western, finds a sunken jet, containing nine dead bodies but missing its black box and the tenth passenger. What happened to them? While grappling with this, he must also deal with the ghost of his father and the death of his beloved sister. I’m sold. (October 25)

Madly, Deeply: by Alan Rickman. A memoir that makes you feel like “Rickman is chatting to a close friend,” this is supposed to be Rickman being gossipy and candid, giving us his thoughts on everything from acting to politics. (September 30)

Beyond the Wand: by Tom Felton. Draco Malfoy has a memoir out soon too, and it contains everything you’d expect—being a child actor in a beyond popular film franchise, working with the likes of Rickman, Ralph Fiennes and Dame Maggie Smith, and the everlasting friendship he developed with Emma Watson, among other things. (October 13)

The Essentials of Hinduism: by Trilochan Sastry. This gorgeously produced volume examines hundreds of texts, spanning millennia, to create an easy-to-read and accessible introduction to the philosophy of Hinduism. Perfect for Diwali gifting! (October 17)

README.txt: by Chelsea Manning. Manning’s memoir combines her journey as an intelligence analyst who disclosed classified military records and was jailed for it, and a trans woman who began transitioning while in prison. Bound to make for a very interesting read. (October 20)

Dickens and Prince: A Particular Kind of Genius: by Nick Hornby. Hornby, of ‘High Fidelity’ fame, has compiled the unlikely similarities between two geniuses—Victorian author Charles Dickens and American rockstar Prince. In his signature witty style, Hornby examines “the two artists’ personal tragedies, social statuses, boundless productivity, and other parallels” and “creates a lively, stimulating rumination on the creativity, flamboyance, discipline, and soul it takes to produce great art.” (October 27)

The Song of the Cell: by Siddhartha Mukherjee. From the author of the Pulitzer Prize-winning ‘The Emperor of All Maladies’ comes this remarkable new book about the discovery of cells and how they can now be manipulated to provide therapy for a variety of ailments. Mukherjee’s writing—vivid, anecdotal, and gripping—sets him apart and makes even the most complex subjects flow like thrillers. (October 30)

Currently reading: I am about a quarter of the way through ‘Great Circle’ by Maggie Shipstead, shortlisted for the Booker Prize and the Women’s Prize last year, and can already feel myself falling in love with it. The writing is spectacular, the dual timeline mesmerising and heartbreaking. Through its almost 600 pages, it tells the story of Marian Graves, a mid-20th century aviator who embarks on a mission to fly a great circle around the globe, and Hadley Baxter, a brilliant, troubled actress who decides to play Marian in a biopic more than half a century later.

Book-adjacent rec: I recently discovered the most magical Google feature called Talk to Books. You put in a question—it’s better to use full sentences as you would naturally do while talking, instead of key words—and it responds with quotes from different books! See what happened when I asked “When will it rain next?”

Bookish adaptation: This is not a direct adaptation, but the plot of ‘Do Revenge’ on Netflix is loosely inspired by ‘Strangers on a Train’ by Patricia Highsmith. Two teenagers, both recently wronged, team up to take revenge on each other’s tormentors. The reviews are mostly gushing, the visuals look dazzling and I can’t wait to gobble this up as soon as I can.