And the nominees for Vice President are…

Now that Draupadi Murmu is almost certain to be the next President of India today, all eyes are on the VP pick. Venkaiah Naidu’s term ends on August 10—and his replacement will be elected on August 6. The BJP has thrown the fox among the chickens by nominating West Bengal Governor Jagdeep Dhankhar—who has a well-established reputation as CM Mamata Banerjee’s nemesis.

But Trinamool hasn’t said a word about his nomination—and avoided opposition talks over their VP pick. The reason: party insiders say they will be relieved to pack the pesky Dhankar off to Delhi. The opposition, meanwhile, has put forward former UPA-minister Margaret Alva. The Wire and Indian Express have more on the political meaning of the BJP pick.

Wildfires have devastated thousands of hectares across Portugal, Spain, France and Greece. The cause: severe heat waves that have broken all records. France has evacuated more than 14,000 people—where the temperature has reached 41°C and is expected to rise even further. In Portugal, the temperature recently reached 47°C—killing 659 people due to heat-related causes.

Of course, the underlying reason is climate change, but the immediate culprit is this:

“A powerful heat dome anchored over Eastern Europe is conspiring with low pressure over Western Europe to yank extreme heat off Africa and into the region. A zone of surface high pressure from Italy to northwestern Russia and Finland is squashing clouds, allowing the near-solstice sun to beat down in all its fury.”

Washington Post has a list of all the temperature records broken by this heatwave. BBC News has the latest on the wildfires.

Point to note: Heatwaves across the globe are creating all sorts of knock-on effects. For example: A shortage of mustard in France. While dijon mustard is produced in Burgundy, 80% of the seeds come from Canada—where high temperatures have destroyed crops. Also: see how hot it is across Europe and Asia below. (Quartz) 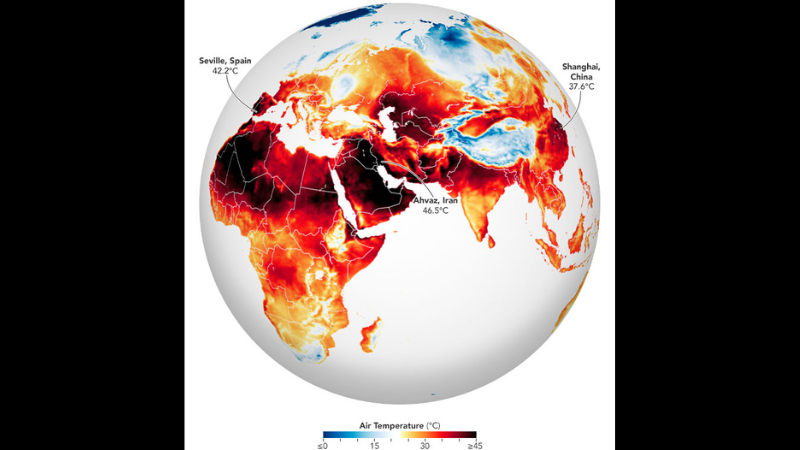 Facebook’s accused of India cover up

Back in 2020, Facebook commissioned a human rights impact assessment (HRIA) report to determine the company’s role in the spread of hate speech online in India. Then it kept delaying the public release of its findings over and over again. Now, it has only put out a four-page summary—that activists claim is “a master-class in spin and obfuscation.”

What the summary says:

“‘The HRIA developed recommendations covering implementation and oversight; content moderation; and product interventions; and other areas.’ It then details in the following seven paragraphs the human rights measures that Facebook is already taking in India, including increasing its content moderation workforce and bolstering transparency.”

Notably, the independent investigation did not reach any conclusions on allegations that the company was “biased toward the ruling party so as to maintain market access” (see: our Big Story on the Ankhi Das controversy and on the Facebook Papers). (TIME)

Yes, this is a first…but there was a sudden flood of news this weekend.

Bennifer: Jennifer Lopez and Ben Affleck got hitched in Las Vegas in a “super, super small” ceremony. The deets according to Lopez:

“[T]he couple flew to Las Vegas on Saturday, stood in a line for their licence with four other couples and were married just after midnight at the Little White Chapel, a chapel boasting a drive-through ‘tunnel of love’.”

Ricky Martin: The Latin pop artist—greatly beloved for ‘Living the Vida Loca’—has been slapped with a restraining order in Puerto Rico on charges of domestic abuse. The complaint appears to have been filed by his nephew—according to Martin’s brother Eric. The details of the case are extremely foggy, but there appears to have been some allegation of a sexual relationship—based solely on the denial offered by Martin’s lawyers:

“Unfortunately, the person who made this claim is struggling with deep mental health challenges. Ricky Martin has, of course, never been—and would never be—involved in any kind of sexual or romantic relationship with his nephew.”

As expected, the most details are in a tabloid, New York Post. But you can check out the Variety version, as well.

Errol Musk: Elon Musk’s father told The Sun that he has now had a second child with his step-daughter—whom he raised from the age of four. To be clear: Elon has, in the past, broken down speaking of his father—who raised him since the age of eight:

We wondered whether to include this—but decided it had value only because it gives us some perspective on (and compassion for?) the richest man in the world. (Futurism)

Sushmita Sen: We didn’t think this story—of the actor getting together with former IPL maharaja Lalit Modi—mattered in the least. But if you’re interested, check out Indrajit Hazra’s take on this love story in Economic Times.

Sula files for an IPO

India’s largest wine producer is going public—offering 25,546,186 equity shares with a face value of Rs 2. The company grew 13.7% between 2011 and 2021—and has 52.6% of the ‘grapes wine category’ of the market. Point to note: India has the third largest market for alcoholic beverages in the world after China and the US. (Business Insider)

One: Not to be left behind by the wildly popular DALL-E, Meta has rolled out its own AI-driven image-generation tool—but with a difference. Where DALL-E can churn out totally random interpretations of the text you input, Make-A-Scene requires you to make a rough sketch. We don’t know when it will be available for you to play with, but you can see the demo below. (PC Magazine)

Two: A baby elephant was rescued in a dramatic operation in Thailand—when the little one fell into a drainage canal with steep slopes. So it couldn’t get out. But rescue operations were hampered by an agitated mom—who even fell into the trough trying to get her kid out. In the end, she had to be sedated—but the story ended well with mom and baby reunited with each other and their herd. What an amazing rescue story. (CBS News)

Three: Another feel good story of a rescue—this time out of a Red Lobster restaurant in Florida. The restaurant’s staff was surprised when their usual stock included a lobster that was unusually orange—so rare that the odds are one in 30 million. The newly baptised ‘Cheddar’ has since been rescued—and is enjoying its new lease of life at the Ripley's Marine Science Research Center in Myrtle Beach. (CNN) 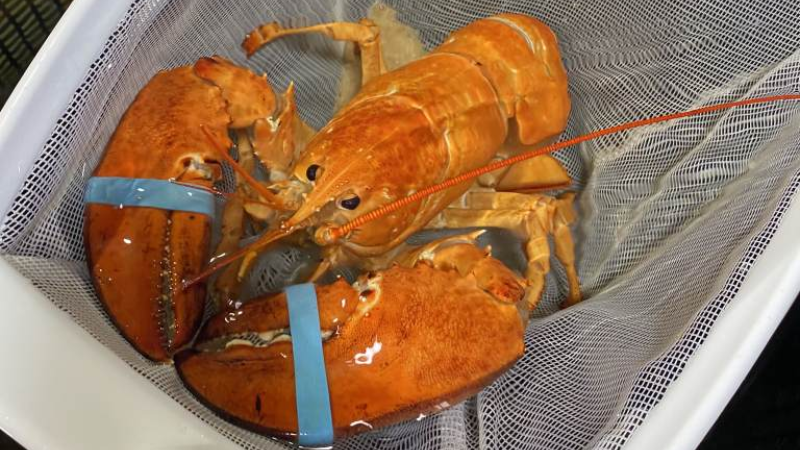 Four: If you’re a fan of bling, then you’ll appreciate the ‘Ami’ ring—created by Kerala-based SWA Diamonds. It has broken the Guinness record for the most diamonds set in a single ring. The number: 24,679 natural diamonds. If you’re curious, the last record was also held by an Indian: Meerut-based jeweller Harshit Bansal whose ring boasted 12,638 diamonds. See it in all its glory below. (NDTV)