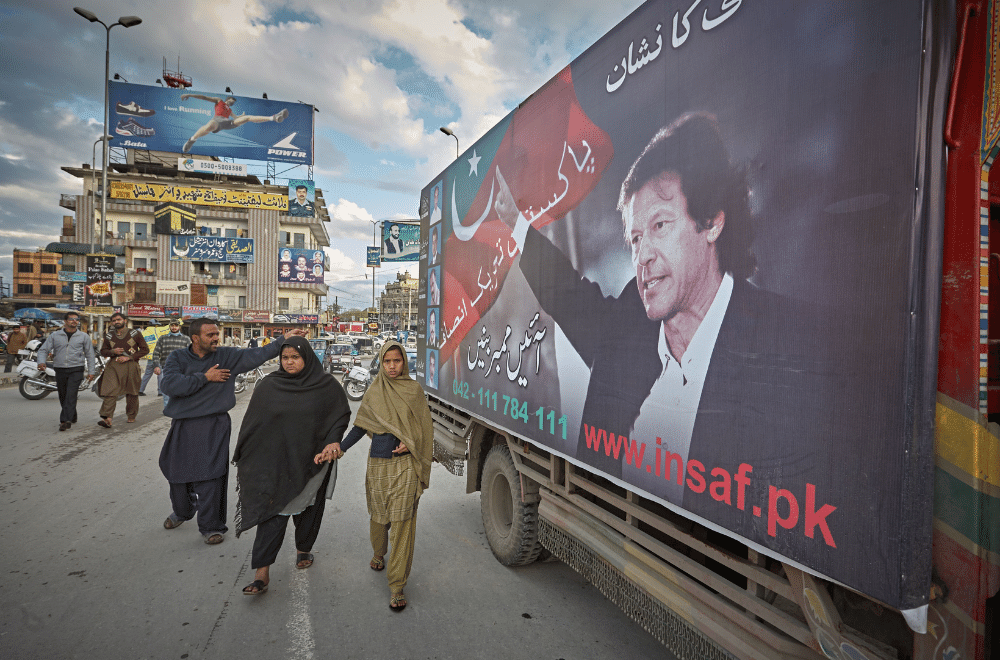 Shooting at Imran Khan: What happened and why

The former Pakistani prime minister was shot and wounded at a public march by a man who claims to be a lone wolf. But no one seems to be buying his claim—especially since Benazir Bhutto was assassinated in similar circumstances. Pakistan is at a critical turning point in its history—and its future may be decided by what this shooting unleashes.


Editor’s note: We had to interrupt our scheduled programming—part 2 of the early puberty series—to cover this important story. We will publish it next week instead.

If you’re just tuning into Pakistan…

Over the past six months, the country has been in the midst of great turmoil. Imran Khan was ousted from power. He has been replaced by a coalition of parties, led by Shehbaz Sharif—the brother of former PM Nawaz Sharif, who is living in exile in London. Here’s how that happened:

What you need to know: Khan was kicked off the throne by the powerful Pakistani military—specifically, Chief of Army Staff, General Qamar Javed Bajwa. The military—which had installed Khan in a rigged election—grew increasingly unhappy with his combative attitude, and cosy relationship with China and Russia:

“Because as US-China competition intensifies, Pakistan’s army fears getting trapped in a cul-de-sac with Beijing. So it seeks to balance the two great powers by grasping on to areas of cooperation, including counterterrorism and trade, that could salvage relations with Washington.”

We explained this angle at length in this Big Story.

Where we are now: Sharif’s ‘caretaker’ government is in power until August 2023—the remainder of the current term. But Khan has been holding massive rallies pushing for snap elections—and he is more popular than ever. The growing economic crisis—made worse by devastating floods—has helped him stage a “stunning comeback.” As the New York Times notes:

“Even after falling out with military leaders and being removed from office earlier this year in a no-confidence vote, the charismatic politician has been able to keep himself and his party at the centre of Pakistani politics. It is a demonstration of his ability to tap into the public’s deep-seated frustration with the political system and wield the kind of populist power once relegated to Pakistani religious leaders.”

The crackdown on Khan: The government—with the backing of the military—has done its best to take Khan out of the political arena. Leaders of his party—Pakistan Tehreek-i-Insaf—and supporters have been harassed and arrested. A prominent journalist who backed Khan was killed recently in Kenya—adding fuel to conspiracy theories. Khan himself has been charged under anti-terrorism laws for a speech—in which he threatened action against those who arrested his top aides.

The biggest stick: Last month, the Election Commission struck a more serious blow—and for the most trivial reason. It found Khan guilty of selling the gifts he’d received from other nations when he was prime minister—and concealing the profits. It disqualified Khan from holding his current seat in Parliament—and directed the government to initiate criminal proceedings against him. If convicted, Khan would be barred from contesting elections for five years.

Ok, so what happened at this rally?

The Khan ‘yatra’: In Pakistan, it is common for opposition leaders to stage what they call a ‘long march’—a bit like our politicians’ yatras—where they lead marches through key parts of the country. In preparation for his ‘long march’, Khan had declared: “I am preparing you for the most defining moment in the country’s history. It is not a political struggle—it is jihad.” On October 28, he kicked off a ‘long march’ from Lahore—and was expected to reach Islamabad on November 11. All along the route, he was met by great, cheering crowds—as you can see in this clip shared by Khan:

Fears of bloodshed: Khan has repeatedly claimed that his life is in danger. And his rhetoric on the road warned of worse to come: “For 6 months I have been witnessing a revolution taking over the country. Only question is will it be a soft one through the ballot box or a destructive one through bloodshed?” Oddly, one of his party members held a press conference where he declared: “There will be bodies everywhere, there will be blood, there will be more bodies”—and was promptly sacked as a government ‘mole’.

The shooting: The attack took place in Wazirabad, nearly 200 km from Islamabad. A man holding a gun opened fire—killing one person and injuring six others. Khan escaped with bullet wounds to both his legs—and has been moved to Lahore for treatment. Doctors say there were bullet fragments in his leg and his tibia bone is chipped. His life is not in danger. Here is a clip of the attack:

You can see the gunman being restrained by a supporter here:

Here is Khan being carried into a car:

But he seems to have bounced back fairly quickly. Here he is waving to supporters as he exits the car:

The gunman: While PTI leaders are calling it a “100 percent an assassination attempt,” Pakistani media soon started shared a clip of the gunman claiming that he had acted alone:

“I wanted to eliminate him because he (Imran Khan) was misleading the people. I tried to shoot him and nobody else. I made the decision when he left from Lahore. I acted alone, nobody else is involved.”

See the video below:

So what will happen now?

The shooting offers powerful validation for Khan’s claims about a conspiracy to eliminate him:

“In impassioned speeches, he has cast himself as a martyr to the domineering presence of the military in Pakistani politics and the insidious influence of corrupt politicians, tapping into deep-seated frustrated among Pakistanis over the country’s political troubles. And on Thursday, bloodied from bullet wounds, Mr. Khan embodied that persona for hundreds of thousands of his supporters across the country, setting off pointed accusations of blame that threaten to ignite Pakistan’s political tinderbox and plunge the country into turmoil.”

His angry supporters have already taken the theory to heart—and were out on the streets in Karachi:

With PTI calling its workers to take to the streets, the confrontation with the government is poised to get bloody and more violent.

The Benazir Bhutto precedent: If Khan is right, this won’t be the first time that the Pakistan military has eliminated pesky leaders. In 2007, the opposition leader returned to Pakistan in defiance of then military dictator General Pervez Musharraf. She too staged a “long march” from the Karachi airport. A bomb attack targeted her rally—killing 200 people, although Bhutto survived. Bhutto was assassinated just months later at another rally.

The timing: Khan’s rebellion resembles that of Bhutto’s in many ways. He is every bit as popular—and, therefore, as much a threat to the army. More worrying for the establishment, he reportedly has support from sections of the army’s rank-and-file and some serving and retired generals. This makes him an even greater threat since the military is poised for a change of leadership. Bajwa retires this month—and will be replaced by a new chief of staff.

There was speculation that a new chief—without Bajwa’s political baggage—would be able to broker some kind of peace with Khan. But the shooting may have destroyed that hope:

“Some had hoped that this might allow the military to turn its promise to stay out of politics into a reality — and that the departure of the current military chief, Gen. Qamar Javed Bajwa, would allow Khan to move on from attacking the military for betraying him. Now, the attempt on Khan’s life may create an almost irreconcilable divide between the corps commanders who have dominated Pakistan for decades and the populist insurgent they helped elevate to the premiership just four years ago.”

Point to note: The devastated Pakistan economy recently received a $1.2 billion lifeline from the International Monetary Fund. And its biggest lender China recently made it clear that Beijing expects “a reliable and safe environment for Chinese agencies and nationals.” The escalating political violence offers little reassurance to foreign creditors—just when Pakistan needs their help the most.

The bottomline: As always, what happens in Pakistan depends entirely on what its military leadership does next. It has been willing to negotiate with the opposition in the interests of stability in the past. But the Army has also readily eliminated its critics—by whatever means necessary. Let’s hope for Pakistan’s sake, wiser heads prevail.

Al Jazeera has a useful timeline of the lead up to the shooting. New York Times (or free version via The Telegraph) offers a good overview—but this Indian Express piece (paywall) that combines analysis is far better. Mihir Sharma in the Washington Post (splainer gift link) has an excellent take at what’s at stake for Pakistan. Also in the New York Times (splainer gift link): a very good big picture view of the confrontation between Khan and the government. He is not exactly a victim.