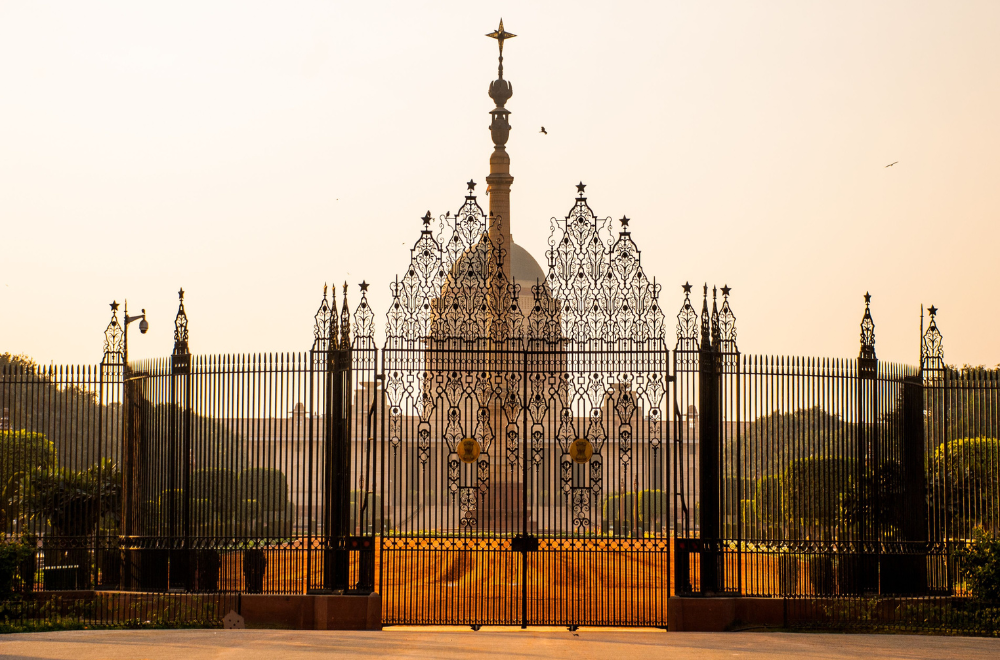 The winner of the great Indian presidential sweepstakes is…

We tend to obsess over parliamentary and state elections—but pay very little attention to how the president of our country is selected. The process is convoluted—involving serious math—and often marked by great political drama. So get the popcorn ready for the presidential election slated for July 18.


The complex arithmetic of the electoral college

The potential candidates: must be Indian citizens, 35 or older—and meet the same eligibility requirements as a Lok Sabha candidate. A nominee must have at least 50 MPs who propose his/her name—and 50 other MPs who second it. The rule—introduced in 1997—aims to get rid of nuisance nominations that clutter up the process. The 100-member bar, however, also ensures that there are usually only two candidates—one proposed by the ruling party and the other by the opposition.

The electors: The electoral college—created by Article 55 of the Constitution—consists of elected members of the Parliament and the legislative assemblies. All states count, as do UTs like Delhi and Puducherry—but Jammu & Kashmir has not been eligible for the past two presidential elections. Nominated members of either the state legislatures or Parliament are not eligible to vote.

Point to note: Electors mark their votes for each candidate in order of preference—a system required when there were more than two candidates. It doesn’t really matter these days. But it’s something to keep in mind just in case the opposition can’t come up with a consensus candidate.

The arithmetic of voting: Now, here is one good reason why Indian kids all need math tutors. There is a complicated formula to determine the value of each voter in the electoral college—and it is different for MPs and MLAs.

The MLA calculation: The value of each of their votes is determined by the population of their state—as per the 1971 Census. This number is divided by the total number of MLAs in the state. Then you divide that result further by 1000—which gives us the value of each MLA vote.

Thanks to wide population disparities, the value varies widely from state to state. Uttar Pradesh has the highest vote value at 208 per MLA. That number for Maharashtra is 175, while an Arunachal Pradesh vote counts for just eight.

Point to note: This is one reason why it is important for the ruling party at the Centre to also win state elections—and by comfortable margins—especially in states with large populations such as UP, Bihar (173), Tamil Nadu (176) and Maharashtra.

The MLA total: The overall value of all MLA votes is currently 543,231.

Point to note: This is why the recent Rajya Sabha elections were fiercely contested—with parties hastily taking away their candidates to various resorts. The BJP won 22 out of 57 seats—adding two to its overall total.

The timeline: Here’s the current timeline for this process:

The BJP advantage: The party is looking pretty for the following reasons:

But, but, but: The BJP is still a little short of the required majority—at 48%—required for assured victory. It pushed through its candidate Kovind in 2017 with 702,044 votes—but has lost a number of state elections since. And its total electoral college votes is down to 5.26 lakh.

The likely BJP candidate: The party prides itself on springing a big surprise in these matters—as it did with the relatively unknown Kovind in 2017. This time around, the speculation has ranged from the re-nomination of Kovind to current Vice President Venkaiah Naidu. There’s also talk that the party is keen on making a symbolic choice—ahead of the next Lok Sabha elections. So it may be a candidate from the backward castes, a tribal community—or even a woman.

The wildcard: Bahujan Samaj Party chief Mayawati—who basically sat out the UP elections—which worked to BJP’s favour. According to Swati Chaturvedi in Gulf News:

“Highly placed sources say that Mayawati would be a politically brilliant choice for the BJP—as a woman and the four time Dalit chief minister of UP. It would be a highly symbolic choice—something Modi loves to do, a huge signal to the Dalits and crucially pull her out of the political equation in UP—politically India’s most significant state.”

The opposition: is still in great disarray. The main problem is that Congress wants to lead the way—but neither Trinamool nor AAP are willing to accept its leadership. On Wednesday, leaders of the 22 Opposition parties will meet to formulate a joint strategy. And there are growing rumours that Nationalist Congress Party (NCP) chief Sharad Pawar may emerge as the consensus candidate—given that various party leaders have reached out to him in recent days. As one opposition leader put it:

“It’s not about winning or losing but putting up a fight for the principles we stand for. Parties like AAP or TRS won’t support a Congress candidate. But if Mr Pawar agrees, it’s game on.”

Point to note: The choice of Pawar is especially interesting since he was offered the prize of the presidency by the BJP in the past—and preferred to throw his lot in with Shiv Sena and Congress in Maharashtra instead.

Latest update: Right after we published, Pawar announced that he has zero interest in being a candidate for President, saying “I’m not in the race.”

The bottomline: Jawaharlal Nehru described the President of India as a “head that neither reigns nor governs”—and mainly holds a position of “authority or dignity.” But picking an acquiescent President has always been important for ruling parties—think: Indira Gandhi and Zail Singh. And with a national election looming in the horizon, the presidency is slated to become a test of political power—both of the ruling party and the opposition.

This older BBC News piece looks at the office of the President—and how previous occupants have wielded its power. Swati Chaturvedi in Gulf News has a gossipy column on the possible candidates. India Today and Indian Express analyse the BJP’s calculations. The Hindu is best on Sharad Pawar as a likely opposition candidate. For a more detailed explainer on the process of voting, check out News18 and The Week.