Are you using your gift links? Have you noticed the new ‘gift box’ icon? It’s at the top of each edition on the website—and at the bottom of the screen on your app. You now can share an edition just by copying that link—for up to five editions a month. So please be sure to use it when you like a Big Story or any other sections—and want to share it on social media or with friends and fam. Nope, the person doesn’t need a log in to read.

Saudi Arabia dazzled the world—and destroyed Argentina’s confidence—with a 2-1 win for the ages. It is slated as one of the greatest upsets in World Cup history. Saudi Arabia was ranked #51 in the world—and the odds against its victory were 500-1. The Guardian has the match report if you want all the details. Just as memorable: the scenes of joyous celebration—of not just the Saudi win but of Arab pride.

Al Jazeera has more on what the win means to Arab fans. ESPN has Messi’s response—and NPR looks at the immense pressure on the GOAT to perform. Speaking of goats, this is our favourite meme:) 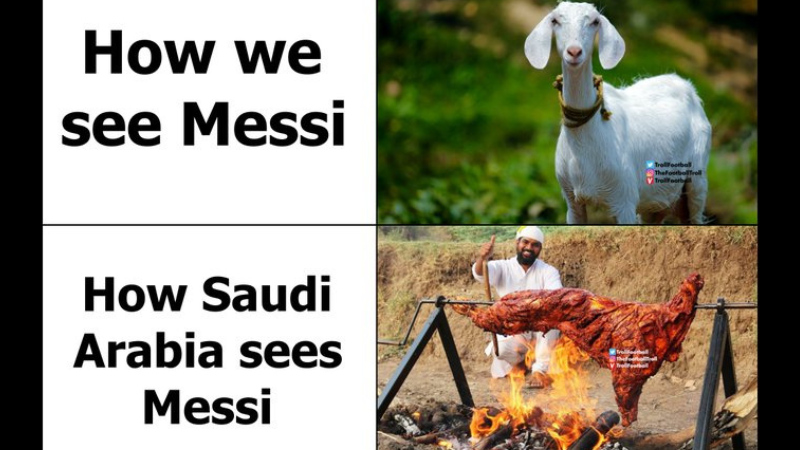 The company announced that it will let 10,000 employees go—and will target those with low performance ratings. Rather than the usual 2%, the number of ‘low performers’ will be 6% of the workforce. Apart from the usual reasons—dipping revenues and recession fears—Google is also under pressure from activist investor hedge fund billionaire Christopher Hohn. He claims that the parent company Alphabet has way too many employees—and they are vastly overpaid. The company now has a new performance system that can impact bonuses and stock grants, as well. BBC News has more on the effect on Indian H-1B workers. (Forbes, paywall, Mint)

Meanwhile, over at FTX: The company’s lawyer told a court that a substantial amount of FTX’s crypto assets were either stolen or are missing. He also said: “FTX was in the control of inexperienced and unsophisticated individuals, and some or all of them were compromised individuals”—adding that the company was run as “a personal fiefdom of Sam Bankman-Fried.” (Wall Street Journal)

Meanwhile, over at Twitter: The daily flood of news includes the following:

Meanwhile, over at Koo: The made-in-India alternative is doing very well in Brazil, thanks to the many users looking to flee Twitter. At least 500,000 users in Brazil downloaded the app between this past Friday and Sunday. Another reason: Koo means ‘ass’ in Portuguese—which has sparked amusement and curiosity. RestOfWorld has more on this story.

Intermittent fasting: may have a downside according to a new study—which found that the diet regime was significantly associated with disordered eating behaviours. The reason, according to dieticians:

“Clients often start the practice of intermittent fasting to 'be healthy' as this is something promoted as healthy. However, restricting our intake can lead to other extreme eating behaviours. Ignoring hunger can cause hunger to build, resulting in overeating and binge eating. These behaviours can also trigger compensatory behaviours such as over-exercise or vomiting."

Pain medications: Anti-inflammatory medications—like ibuprofen and naproxen—taken to ease pain from osteoarthritis may actually be bad for you. MRI scans revealed that long-term use of NSAIDs (non-steroidal anti-inflammatory drugs) can lead to increased joint inflammation and cartilage damage. Other experts are not convinced by the results—calling it “provocative” but unpersuasive. FYI: osteoarthritis is the most common type of arthritis—in the hands, hips or knees—affecting 500 million people worldwide. (Today)

Lung cancer: A startling but small study out of Medanta hospital in Gurgaon shows virtually no difference in lung cancer rates between smokers and non-smokers. Of those under the age of 30, nearly 100% are non-smokers. More worryingly, almost 70% of the cases were younger than 50. And most of the young patients suffer from a more lethal variant of lung cancer—adenocarcinoma—rather than squamous carcinoma that was more prevalent in the past. The likely reason for these startling results: air pollution. Medical experts explain:

“Given Delhi’s poor air quality index (AQI), where PM 2.5 hovers between 140 to 160 on an average and goes up to 500 in winter, with the figures getting repeated in other metro cities, most citizens are actually smoking seven to ten cigarettes in 24 hours. Consider that new-borns are also smoking the same air. It takes 25 years for tissues to become cancerous after exposure to PM 2.5. So now you can imagine the extent of lung damage, considering most babies born today are being exposed to these levels at birth.”

One: Here’s the final trailer of ‘Avatar 2: The Way of Water’—which will hit theatres on December 16. Yes, this is serious big-screen eye candy. (Gizmodo)

Two: Elton John performed his final US concert at the Dodger stadium in LA. It was live streamed on Disney+ Hotstar—so you can check out the entire show if you want. Hollywood Reporter has lots more on his farewell tour.

Three: A fisherman caught a 31 kg ‘goldfish’ in France. Nicknamed Carrot, it is actually a hybrid of a leather and koi carp—and was put in the lake 20 years ago. Don’t worry, Carrot was released right back into the water after he posed for this photo op. (Daily Mail) 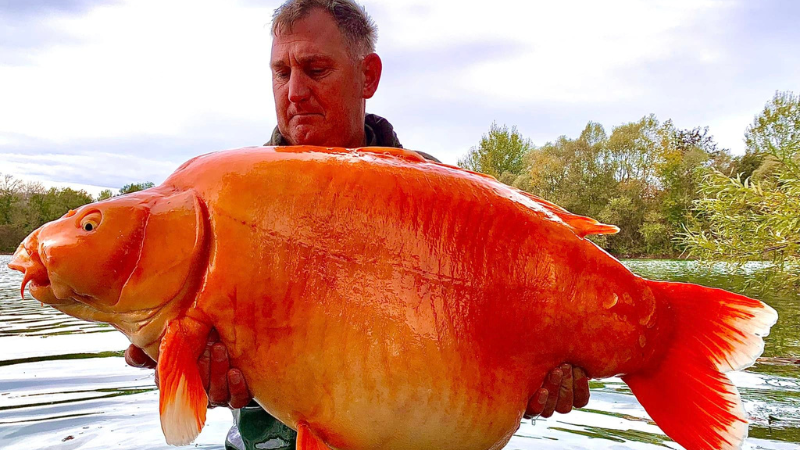