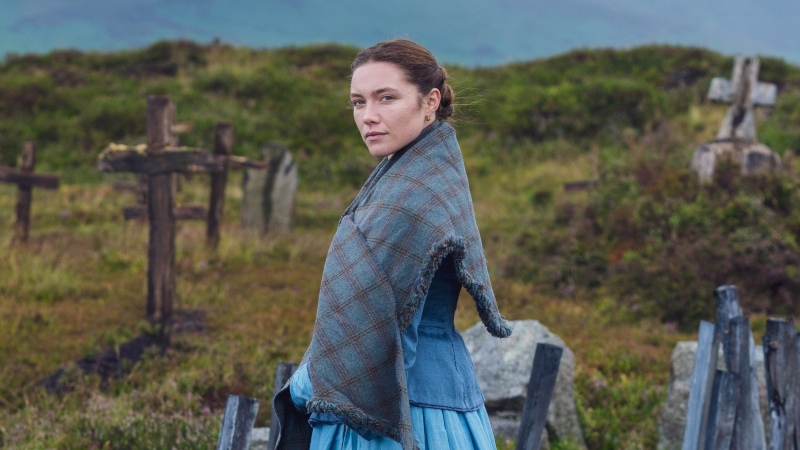 So you wanna watch something…

The Wonder: Florence Pugh plays an English nurse, Elizabeth Wright, in Sebastián Lelio’s 1860s period film ‘The Wonder’—an adaptation of an Emma Donoghue novel set in Ireland. Wright is charged with examining the puzzling case of an 11-year-old girl, Anna, who has not eaten in nearly four months—but is nourished instead by “manna from heaven”—a claim readily accepted and championed by the men in the village. This is a story of the age-old clash between science and religious belief—and also of gender. Who has the power to speak for whom?

Mashable calls the film an “intense, poignant, and deeply moving examination of faith, science, grief, and the dangers of extreme piety at a terrible cost.” Wall Street Journal, says it is a “fresh reminder of the power of visual storytelling.” To the Independent, it is “a reminder that the only truths to exist are the ones which we construct for ourselves.” The movie released on Netflix on Wednesday.

1899: This is a highly anticipated thriller from Jantje Friese and Baran bo Odar—the creators of  the popular German sci-fi series ‘Dark’. The series follows the journey of a steamship, Kerberos, across the Atlantic—carrying passengers and crew, divided by class and hiding dark secrets. In The Guardian’s words, there is almost everything here—”travel through time and space, secret portals, creepy children and a light sprinkling of pro-immigration politics.”

Not everyone is sold on its mysterious charms. Variety sums it up as “‘Lost’ on the high seas”—with plenty of mind-bending puzzles for fans to solve—but complains “the prevailing humorlessness becomes wearisome after a while.” The Guardian gives it a hard pass, calling it a “painfully slow sci-fi show” that is “absolutely agonising.” The series dropped on Netflix on Thursday.

Wonder Women: Best known for her film ‘Bangalore Days’, director Anjali Menon brings us a slice-of-life film that follows the lives of six pregnant women—Nora, Gracy, Mini, Veni, Saya and Jaya—who meet at a prenatal camp called Sumana. Other than their pregnant state, these mothers-to-be don’t have much in common—with diverse beliefs and backgrounds. Shot in just 12 days, the plot of this film appears to be a very fairly straight-forward story of sisterhood among women. There are no reviews, so we’re not sure if it will be annoyingly sappy—or a breath of fresh air. The film premieres on SonyLIV today.

Mister Mummy: Genelia D’Souza makes a comeback to the big screen with her husband Riteish Deshmukh in this comedy-drama. Amol is a PT teacher married to Gugloo. And they’re dealing with a slightly odd situation: Both of them are pregnant! We can’t figure out how Anmol managed to get knocked up, but it’s clear he hates every minute of it—and isn’t fond of kids either. Of course, his wife is exactly the opposite. There are no reviews of the movie—which looks like mainstream Bollywood fare. But that doesn’t mean it won’t be funny. The movie hits the theatres today—but we might just wait until it drops on streaming.