A muddled Xi-Putin summit in Samarkand

All eyes are on the meeting between the Chinese and Russian President—the first since Russia invaded Ukraine. And things are not quite as chummy as when they last met. Putin acknowledged that China had “questions and concerns” about the war—while Xi appeared “subdued” and steered away from any questions on Ukraine. The New York Times’ conclusion:

“Taken together, the remarks were a stark sign that Russia lacks the full backing of its most powerful international partner as it tries to recover from a humiliating rout in northeastern Ukraine last week.”

While the Washington Post says: “The Chinese readout suggests a lot of substantive cooperation, but the tone is rather detached and unemotional. The Russian readout is more enthusiastic, only short of singing a song for bilateral relations.” Also worth a read: CNN on why this is a high-stakes meeting.

End of the pandemic?

The WHO seems almost ready to declare an end to the Covid pandemic—which has lasted more than two years. The director general Tedros Adhanom Ghebreyesus said:

“Last week, the number of weekly reported deaths from Covid-19 was the lowest since March 2020. We have never been in a better position to end the pandemic—we are not there yet, but the end is in sight.”

But he also urged caution, adding: “A marathon runner does not stop when the finish line comes into view, she runs harder, with all the energy she has left. So must we.” In other words, we still need to use masks and exercise common sense. (The Guardian)

Sweden swings to the right

The results are now official. PM Magdalena Andersson stepped down—accepting defeat in the recent elections whose results were too close to call for days. She will be replaced by Ulf Kristersson—the head of the mainstream conservative Moderate party. More importantly, Kristersson will lead a rightwing bloc dominated by Sweden Democrats—a hardcore rightwing party with its roots in the Neo-Nazi movement—and a strong anti-immigration stance. With a whopping 73 seats, it is likely to call the shots. Welcome to the new Sweden. (Politico)

One: As of 2021, over 23% of detainees in Indian prisons belong to Scheduled Castes—which is a 5% jump from 2019. Why this is notable: members of SC communities account for only 16.6% of the population. The worst state of the lot: Tamil Nadu—where 30% of convicts, 30% of undertrials, and 37% of the detainees are from Scheduled Castes. (The Hindu)

Two: Internal data accessed by the Wall Street Journal shows that Meta is getting whupped by TikTok. The company rolled out the copycat Reels to take on the video-sharing app—but it hasn’t worked. Insta users in August only spent 17.6 million hours a day watching Reels—that’s less than one-tenth of the 197.8 million hours spent by TikTok users. Also this: Reels engagement has been falling—it’s down 13.6% over the previous four weeks—and that “most Reels users have no engagement whatsoever.” Meta dismissed the data as outdated—and insists all is well now. (Wall Street Journal)

A South Korean drama titled ‘Suriname’ is making its government very unhappy. The reason: the series—titled ‘Narco Saints’ in English—is about a Korean drug lord, and is based on true events from the 80s. Suriname officials say it portrays a false image of their nation—which has long since cracked down on drugs:

"Suriname no longer has the image that emerges in the series or no longer participates in these kinds of practices. Whether the practices presented ... are true or false, it's creating a negative perception. The whole world sees these things, so this is not good."

They plan to take legal action against producers of the show. (Reuters)

Also generating controversy: A Marvel Israeli superhero named ‘Sabra’. First introduced in 1980, she is a Mossad agent whose heroic acts mostly involved saving Israeli kids from Arab terrorists. Sabra is slated to appear in ‘Captain America: New World Order’—which will be released in 2024. Arab activists say "the whole concept" of turning Israeli spies into heroes "is insensitive and disgraceful." But Marvel insists "filmmakers are taking a new approach with the character”—who will be “freshly imagined.”

The only folks who are happy—former Mossad officials: "This is the 'TikTok' way, the cartoon way to talk to the new generation, and they will learn about the word Mossad. It helps the branding. It will add a different audience." You can see Sabra below. (CNN) 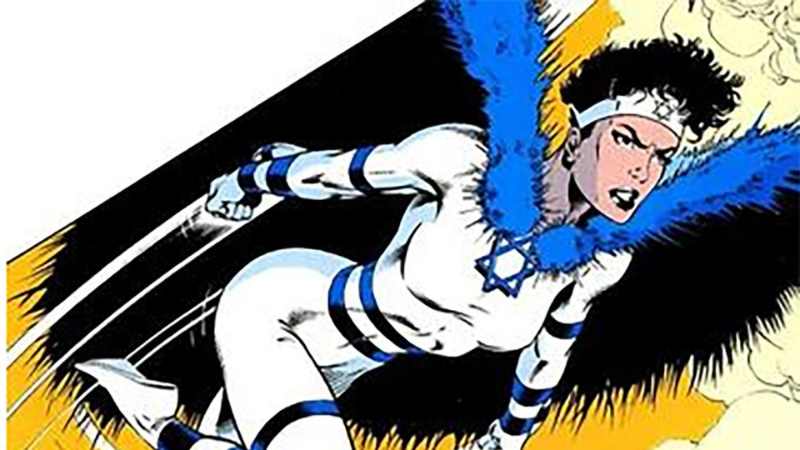 One: This is the special "tiger-faced" plane that will be used to bring African cheetahs to India from Namibia—just in time for the PM’s birthday on September 17. The eight cheetahs—five females and three males—will first land in Jaipur and then be flown to Kuno National Park in Madhya Pradesh—where they'll be released into temporary quarantine enclosures by Modi. Point to note: Cheetahs were declared extinct in Indian territory back in 1952. Our Big Story explains why conservationists and locals are unhappy with this move. (NDTV) 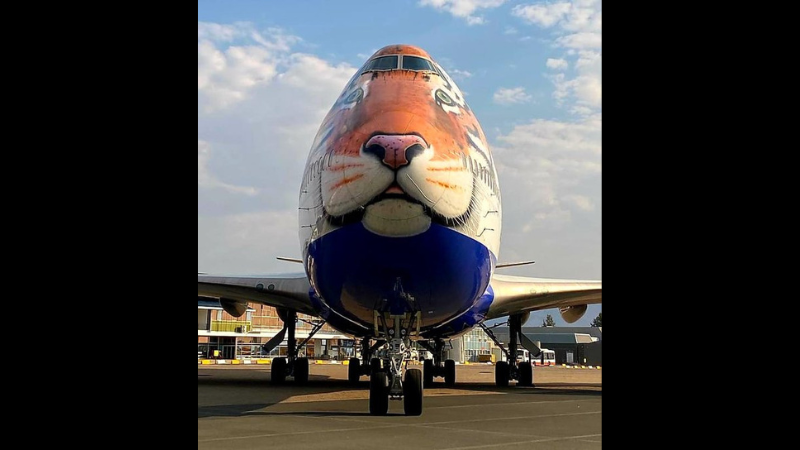 Two: A fireball spotted in the skies over Britain caused great confusion. It travelled 300km above Wales, the Irish Sea, and Belfast before crashing into the Atlantic. Many experts identified it as space junk from Elon Musk’s many satellites. It has since been identified as a meteor by astronomers: “Probably a small piece of an asteroid that’s broken off an asteroid. It came in at an asteroidal orbit.” (The Guardian)

Three: The trailer for the Apple+ TV series based on the bestselling novel ‘Shantaram’ just dropped. The series—which follows an escaped convict from Australia who attempts to rebuild his life in Bombay in the 80s—will be released October 14. (Collider)

A heads up for women entrepreneurs

Ladies Who Lead is a wonderful network that empowers and encourages women leaders, entrepreneurs and professionals—helping them excel. They are organising an exclusive interaction session with Kiran Mazumdar Shaw, the leading lady of Biocon. Shaw will be in conversation with Aditya Ghosh, Chief Mentor, Ladies Who Lead; Co-founder, Akasa Air; Board Member OYO, FabIndia.

RSVP: to attend the event here

PS: When RSVPing, you will have to share your full name, phone number and photo ID for entry into the Biocon campus.