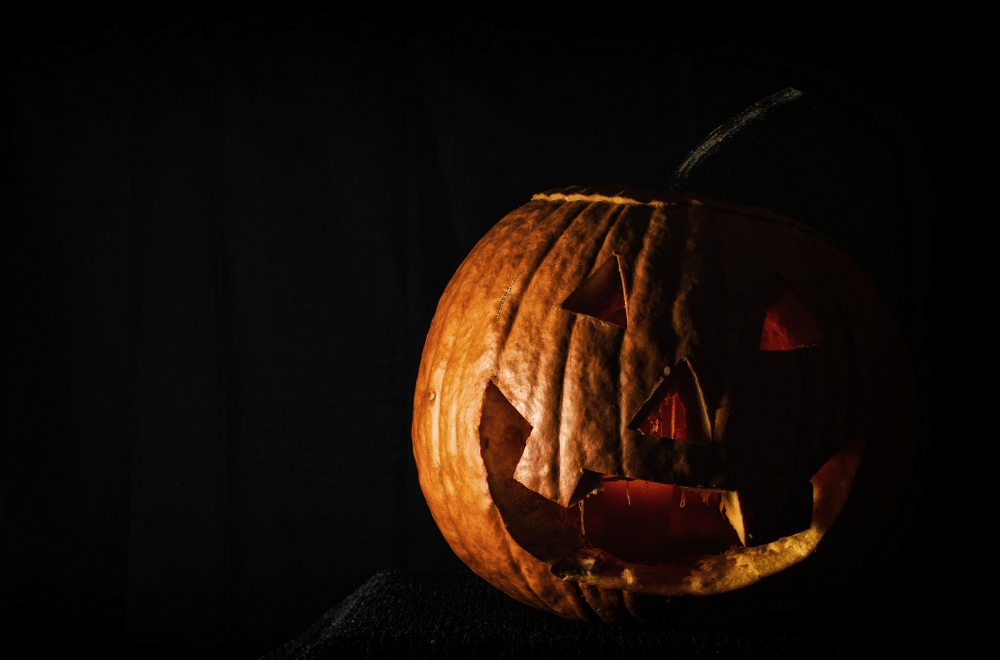 A great Halloween tragedy in Seoul

A massive crowd surge during Halloween celebrations has resulted in the deaths of 154 people—most of them young women. It is the second worst peacetime disaster in South Korea’s history. We still don’t have all the answers, but here’s what we know so far. Also: the difference between a crowd ‘crush’ and a ‘stampede’.


First, tell me what happened…

The setting: Itaewon first sprung to life thanks to a US military base after the 1950-53 Korean war—with bars, brothels and shops catering to soldiers. Today, the neighbourhood is a buzzing nightspot—favoured by locals, the gay community and foreigners. While Gangnam is popular with wealthy expats and upper class Koreans, the crowds in Itaewon are the greatest and most diverse.

Precisely because its bars and restaurants are so trendy and popular, it was subject to severe restrictions during the pandemic. And the Halloween celebrations—held for the first time without any Covid controls—offered an opportunity to stage a roaring comeback.

The big Halloween celebrations: These are a relatively recent import in South Korea. But it has grown popular since 2011—brought back by residents who returned after living abroad. And the street festivities—where everyone dresses up to party—have become packed in recent years. And they have always centred around Itaewon—due to that historic relationship with the Americans. But in recent years, the locals have far outnumbered the foreigners on the streets—and the crowds often exceed 100,000. This blog documents just how packed the streets were during Halloween 2018: 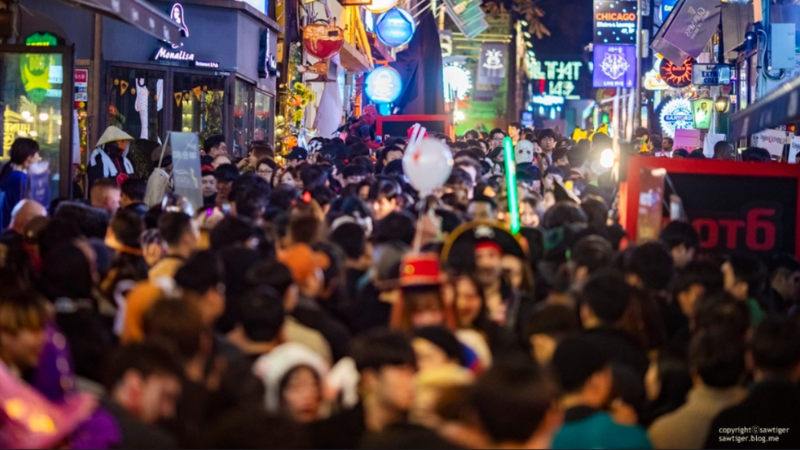 The trigger: It is hard to pinpoint exactly when things started to go terribly wrong. The first emergency calls were received around 10:30 pm. Most media reports agree that the trouble first began in a narrow, hilly alley next to the Hamilton hotel. See it here: 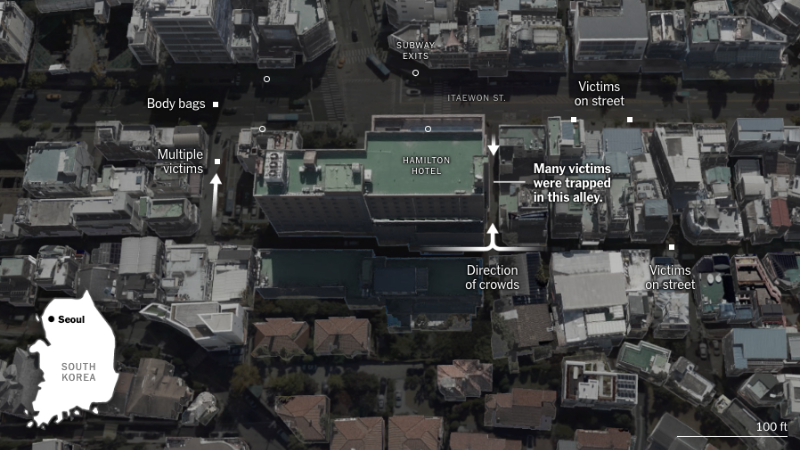 Thousands were crammed into this passageway when a group of men tried to shove the crowd forward—yelling “push, push”. Then this happened, according to a witness:

“A person in front of me slipped and fell, pushing me down as well. People behind me fell like dominoes. There were people beneath me and people falling on top of me. I could hardly breathe. We shouted and screamed for help, but the music was so loud in the alley our shouts were drowned.”

Here’s how bad it quickly became: “Videos shared on social media showed a pile of bodies wedged between buildings, some at the bottom appearing unconscious, while others reached out to emergency workers who struggled to free them from the crush.”

The clips: We are not sharing graphic images from the crush, but the one below shows the sheer size of the crowds:

You can see people desperately trying to revive victims here:

The final toll: As of now, 154 are dead—of whom at least 97 are women—and most are in their teens and 20s. Number of injured: 133. The government has received 3,580 missing persons reports.

And this was not a stampede?

A stampede is not the same as a crowd crush. A stampede implies people have room to run—and therefore trample others. But a ‘crush’ is about the absence of space. They are packed together in a confined space—and some people push—which causes a ‘domino effect’: “The whole crowd falls over as one, and if you’re in a confined space, people then can’t get up again.’”

Why they die: People die because they can’t breathe—crushed by pressure from above and below. Their lungs don’t have the space to expand: “It takes about six minutes to go into compressive or restrictive asphyxia”—which is the leading cause of death in a crush. Most poignant is this quote from a crowd safety expert:

“People don’t die because they panicked. They panic because they’re dying. So what happens is, as bodies fall over, as people fall on top of each other, people struggle to get up and you end up with arms and legs getting twisted together.”

How did this happen? This is South Korea, right?

For all its reputation for strict discipline and enforcement of rules, South Korea has suffered terrible lapses in regulation. Example: in its greatest civil time tragedy, 304 people—of whom 250 were high school students—died when a ferry sank in 2014. The owner had been greedy and overloaded the boat—and got away with it due to lax oversight. And despite the government’s pledge to crackdown, the shipping business was still rife with corruption as of 2019.

In this case, it is too early to tell what mistakes were made. But the initial analysis shows the following:

One: The police appeared to have been caught by surprise by the sheer size of the crowds. Eyewitnesses claim that there was very little security on the ground. According to a government minister:

“More than 200 police officers were dispatched to the area throughout the weekend — about one officer for every 500 people estimated to have been there Saturday night — with a focus on targeting sexual and physical abuse and potential drug use.”

And on the fatal Sunday night, a number of police personnel were diverted to political protests elsewhere in the city.

Two: The cramped and hilly terrain in Itaewon makes it hazardous for events that involve such massive crowds—a danger that had been flagged in the past.

Three: The country’s disaster prevention policies do not account for large-scale gatherings in public spaces—such as street festivals etc. where there is no single organiser in charge. There is no agency directly charged with responsibility for security for such events. And that’s despite the fact that a 2017 government study flagged poor safety measures as a cause for crowd crushing or stampedes at over a dozen concerts, festivals and sporting events. OTOH, South Korea is excellent at crowd control during protests—where the number of policemen often outnumber the protesters.

The bottomline: We don’t think this terrible tragedy needs one.

CNN and The Guardian offer a good overview of the tragedy. BBC News has more witness testimonies. Reuters profiles the Itaewon neighbourhood. New York Times explains the rise of Halloween in South Korea. The Washington Post is best on the lack of safety regulation—and what happens in a crowd crush.