No heat wave relief for India

The India Meteorological Department (IMD) predicts that May will be no less hellish for the northern, western and central parts of the country—which will experience higher than normal temperatures. Heat waves will persist over Rajasthan, Gujarat, Delhi, Haryana, Punjab, Jammu and Kashmir and Ladakh. This April has been India’s fourth hottest since 1900—while northwest and central India experienced their warmest April since. We explained why the temperatures are soaring in Friday’s Big Story. (Indian Express)

The latest on Musk’s plans for Twitter includes reports that he plans to slash costs at the company. According to Reuters, the plan was part of his deal with the banks to secure $13 billion in loans against Twitter and a $12.5 billion margin loan tied to Tesla. Also rumoured: job cuts, cutting executive salaries and this: “Ideas he brought up [with banks] included charging a fee when a third-party website wants to quote or embed a tweet from verified individuals or organisations.” Hmm, will Twitter be paying every time a user quotes a news story or some other copyrighted content? Musk also tweeted this image of his changing political values below. Of course, someone tried to sell it as an NFT. (Reuters) 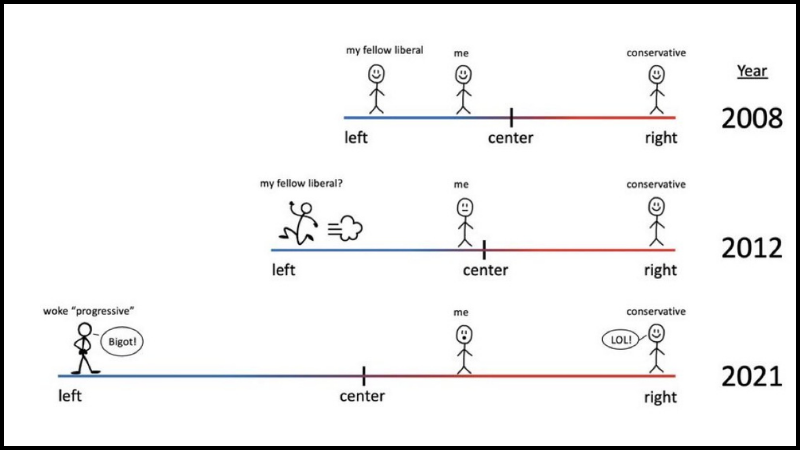 Speaking of very rich men: Warren Buffet explained to shareholders of his company Berkshire Hathaway why he will never buy a single bitcoin—not even for $25:

“If you said… for a 1% interest in all the farmland in the United States, pay our group $25 billion, I’ll write you a check this afternoon. [For] $25 billion I now own 1% of the farmland. [If] you offer me 1% of all the apartment houses in the country and you want another $25 billion, I’ll write you a check, it’s very simple. Now if you told me you own all of the bitcoin in the world and you offered it to me for $25 I wouldn’t take it because what would I do with it? I’d have to sell it back to you one way or another. It isn’t going to do anything. The apartments are going to produce rent and the farms are going to produce food.”

Over the weekend, Ravindra Jadeja stepped down from the captaincy of the Chennai Super Kings—which had lost six of its eight IPL matches. The baton was handed right back to MS Dhoni—who came roaring back with a big win against Sunrisers Hyderabad. The Telegraph has more on that game, while Indian Express looks at the return of Captain Dhoni.

Not doing as well: Boris Becker, who was sentenced to two and a half years in prison on charges of bankruptcy fraud. He hid millions of dollars in assets to avoid paying off almost $50 million in debts. The judge said “while I accept your humiliation as part of the proceedings, there has been no humility.” New York Times has more details on his hidden assets while BBC News charts Becker’s fall from grace.

An Indian agro-chemical company UPL Ltd was torched by looters in Durban, South Africa, last year. The fires released dangerous chemicals into the air and nearby watercourses. The “highly toxic” chemicals have been held in a ‘pollution dam’—which it now wants to empty into the South African sea. Local authorities are reluctant—but UPL insists the water won’t hurt marine life. (Reuters or BloombergQuint)

The James Webb Space Telescope—which is the world’s most powerful—has finally been aligned—and has sent back its first images. They are razor-sharp and have inspired scientists to wax poetic: “These images have profoundly changed the way I see the universe. We are surrounded by a symphony of creation; there are galaxies everywhere! It is my hope that everyone in the world can see them.” You can see the images here—which, umm, don’t look like much. But, hey, it’s the thought of those millions of galaxies that counts. For more: see our Big Story on the telescope. (Mashable)

We still don’t know what the actor exactly did on the set of ‘Being Mortal’—which led the studio to suspend filming and launch an investigation. But here’s what he is saying about his “inappropriate behaviour”: “I did something I thought was funny and it wasn’t taken that way” by a woman on the set. Also this:

“The world is different than it was when I was a little kid. What I always thought was funny as a little kid isn’t necessarily the same as what’s funny now. Things change and the times change so it’s important for me to figure it out.”

Murray has not said whether he plans to remain in the project when filming resumes. (The Guardian)

One: Angelina Jolie—who is a special envoy for the United Nations refugee agency—visited the Ukrainian city of Lviv. She mostly met children who have been orphaned or displaced by the war. The clip below with a child is very sweet. (NBC News)

Two: Here’s an odd war story. Back during World War II, US troops were battling the Germans in Italy, Meri Mion was in hiding with her mother. She baked Mion a birthday cake and left it on the window sill to cool—from where it was stolen by hungry American soldiers. Now, 77 years later, the US Army ‘returned’ the “stolen goods” on her 90th birthday. (BBC News)

On the latest episode of the splainer podcast ‘Press Decode’, the splainer team looks at the demolition derby that is underway across the country—plus why Bollywood is nervous about the rise of South Indian movies. Be sure to head over to the IVM website, Spotify or Apple Podcasts to listen to it.