We will be taking Wednesday off to celebrate so there won’t be any splainer edition on either Wednesday or Thursday. We will be back on Friday, October 7, with the usual excellent programming:)

Just days after annexing four provinces in Ukraine, Moscow lost control of a key city in the region. The eastern city of Lyman is an important logistics hub—that will allow Kyiv to launch further attacks on Russian-occupied territory. This is the most significant loss for Russia since its retreat from Kharkiv in September. The new worry:

“Russia’s military setbacks—and the prospect of further lost territories—have raised fears that the Kremlin may resort to nuclear weapons to achieve what it has failed to do with conventional forces. Security analysts say that though the threat of a nuclear strike is higher now than it has been since the Cold War, Russia doesn’t appear poised to deploy one imminently.”

The Reliance company plans to launch a budget laptop priced at Rs 15,000—with an embedded 4G Sim card. The plan is to disrupt the market as much as the low-cost JioPhone—which sells for Rs 4,499 and is now India’s top-selling smartphone. (The Telegraph)

President Jair Bolsonaro narrowly avoided losing outright in the first round of the presidential elections. His rival Luiz Inácio Lula da Silva—a staunch leftist and a popular ex-president—could secure only 48.3% (as per the latest results). This is below the 50% required for an outright win. The result: the two men will now go against each other in a second vote on October 30. The Guardian has more on why many worry an escalation of political violence—and even a possible coup. (The Hindu)

Fungus in tumours: Until now, we knew that cancerous growths host bacteria—much as other parts of the human body. But two new studies have discovered the presence of fungi inside cancerous cells. More importantly, these may affect how our body responds to treatment:

Gizmodo and New York Times have more on why this matters.

The smell of stress: This won’t come as a surprise to any dog owner. New research confirms that they can sense when humans are stressed by smelling our breath and sweat—and they can do it with 93.8% accuracy!  (Smithsonian Magazine)

Founder Elon Musk unveiled an early prototype of a humanoid robot named Optimus. It didn’t do anything mind-blowing—just walked a few steps, waved and got in some dance moves. Let’s say it wasn’t anywhere as impressive as those freaky robots from Boston Dynamics. But Musk insists Optimus is way smarter because of what it will learn from Tesla’s self-drive tech—and will be used to relieve labour shortages on the assembly line. Typical Musk quote of the day: “It really is a fundamental transformation of civilization as we know it.” (CNN)

Speaking of Musk-owned companies: SpaceX will be part of a truly historic moment very soon. On October 4, Nicole Mann will become the first Native American woman to fly into space on the company’s Crew-5 mission for NASA. Also, the logo for the mission is seriously cool. See it below along with Mann and her colleagues. (Space) 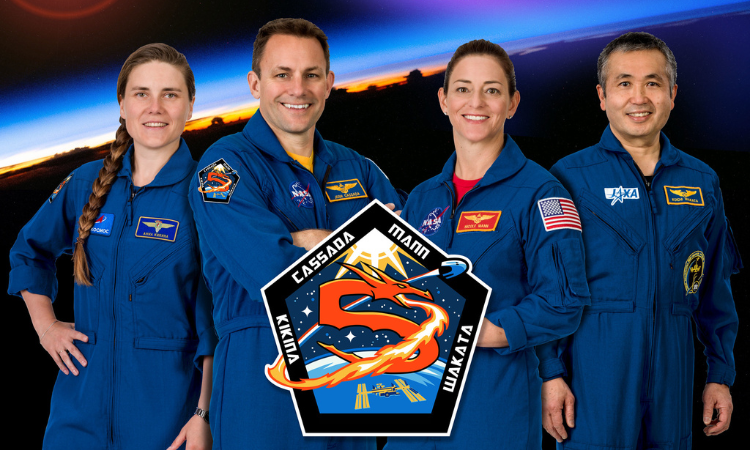 ‘Dahmer’ row: Netflix got all kinds of grief for tagging its latest crime doc—’Monster: The Jeffrey Dahmer Story’—under the LGBTQ category. Well, if someone hacks seventeen men and boys to pieces—and eats them—it is safe to say that their sexual identity isn’t exactly key to the story. As one angry subscriber put it: “This is not the representation we’re looking for.” (Variety)

Bruce Willis deepfake: The actor recently retired after struggling with aphasia—a form of brain damage makes it difficult for him to speak or read—and therefore, act. Over the weekend, media reports claimed that Willis has sold the rights to his ‘digital twin’ to an AI company called DeepCake. As a result, his deepfake avatar could continue to act in films and ads—long after he is dead. But his representatives have promptly denied the reports.

More interestingly, DeepCake insists that “Willis’ digital-likeness rights cannot be sold. As such, any involvement with the actor has to be done through his representatives at CAA.” Hmm, does that mean his agents hold the rights now? FYI: this is the same company that deepfaked Willis for this Russian telecom ad below in 2021. (The Hollywood Reporter)

A hip-hop ‘Matrix’: Director Danny Boyle—of ’Trainspotting’ and ‘Slumdog Millionaire’ fame—will direct a live hip-hop version of ‘The Matrix’ movies. It will be staged next year at the new $1.8 billion venue, Factory International, in Manchester. The description is very space-agey and entirely vague:

“It will feature ‘spectacular visual effects, a cast of professional dancers and hundreds of Manchester participants’ coming together to recreate scenes from the Matrix films ‘provoking visions of an alternative future’.”

Waiting for a metaverse version of it coming to a laptop near you.  (The Guardian)

One: The uprising in Iran sparked by Mahsa Amini’s death (explained here) has not waned in strength. And the consequences have been no less severe. The latest victim:  singer Shervin Hajipour—whose song  ‘Baraye’ (For) has become a protest anthem—has been arrested. Others behind bars include writer and poet Mona Borzouei, Iranian football player Hossein Mahini, and Faezeh Rafsanjani—the daughter of former Iranian President Ali Akbar Hashemi Rafsanjani. CNN has more details about the arrests while Arab News has more on Hajipour. Watch the brilliant song with English subtitles below.

Three: The 50p coin in the UK will now bear the face of King Charles—and the new version will start circulating this week. If you care, unlike his mom, he faces left not right—and does not wear a crown. We like that they didn’t airbrush his jowls. (BBC News) 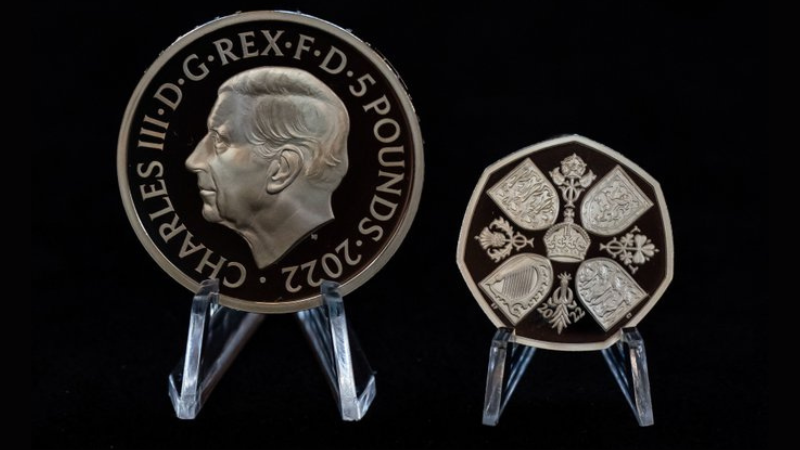 Four: Hurricane Ian brought with it unusual sights. Among them, a viral video of a young shark in a backyard in Fort Myers, Florida. It was likely swept shorewards by the storm. (Associated Press)

Five: To get you in a festive mood, here is West Indies batter Chris Gayle grooving to garba music in Gujarat. (News18)