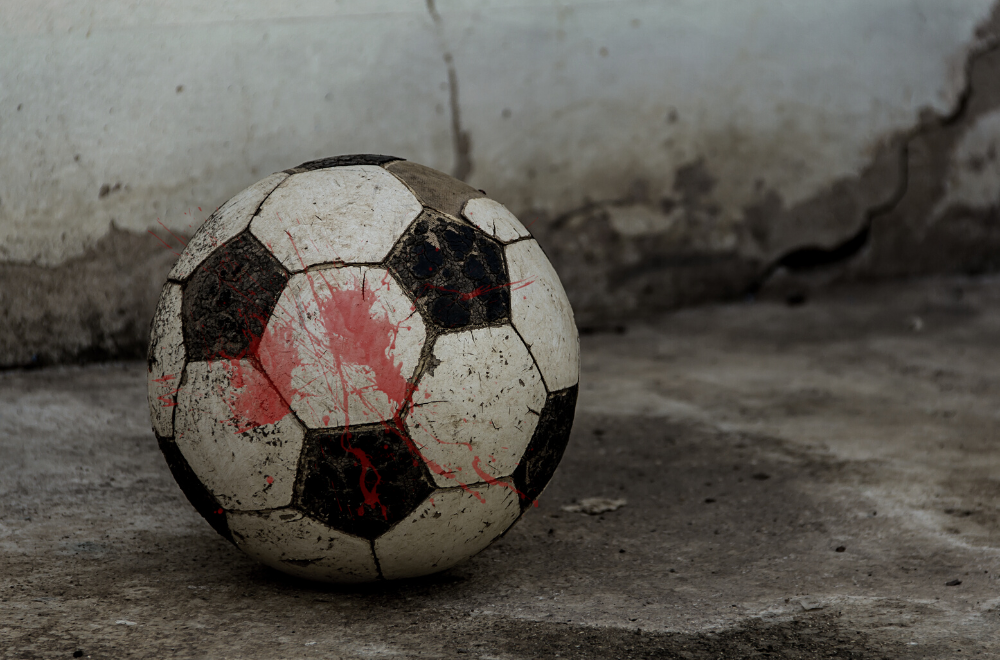 A football horror story: The bloody stampede in Indonesia

A domestic league football match ended in one of the greatest tragedies in sporting history—killing 125 people in a matter of hours. This is a story of manic football rivalry, but also police violence.


Wtf happened at this match?

The match: Two arch-rivals—Arema and Persebaya Surabaya—faced off on Saturday night in East Java. Persebaya defeated Arema 3-2. It was the first match lost to Persebaya at Arema’s home stadium. Angry fans stormed the field at the end of the match “to demand answers” from players and officials:

The violence soon spread outside the stadium, and several police cars were overturned or set on fire: 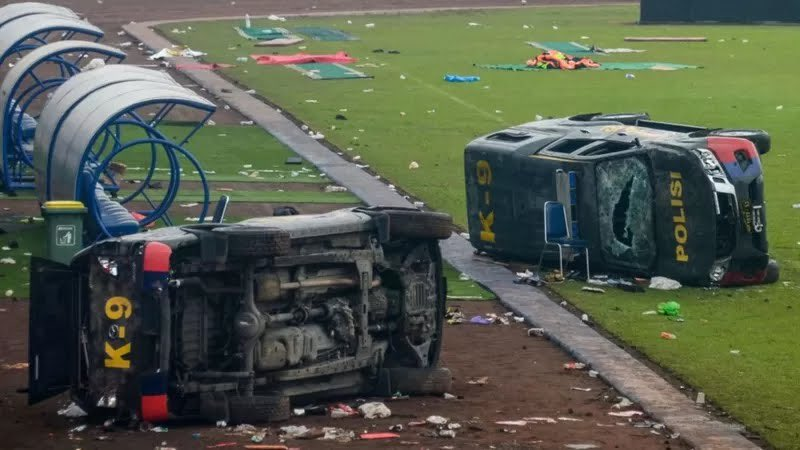 The stampede: The police responded with tear gas. According to eyewitnesses, police fired numerous rounds "continuously and fast"—and even aimed them at the stands. Thousands of panicked spectators rushed toward a single point at the exit. You can see the tear gas flooding the stands below:

The death count: In the ensuing stampede, 34 died almost instantly. In the end, 125 were trampled or suffocated to death. These included women, old people and 17 children—one of them a five-year-old. Warning: the footage below from the stadium is heart-wrenching—and includes a brief glimpse of dead bodies just piled in a corner:

So this was a case of football violence?

It was the trigger but certainly not the main reason why so many died.

The stadium: For starters, the organisers sold 42,000 tickets for a stadium that holds a maximum of 38,000 people. It is also clear that the arena did not have proper exit  routes:

“Each section had only a narrow lane for people to exit. To get out, he said, some people had to scale fences that were about five meters—more than 15 feet—high, clambering over other panicked spectators.”

The tear gas: The most telling fact is this: most of those who died were spectators in the stands—not on the field. In fact, the police admitted that there were no more than 3,000 people on the field. But many of them were not rioters. They were trying to escape the tear gas, according to one eyewitness:

“If there wasn’t any tear gas shot into the stands, there would have not been any casualties. They were panicked and their only choice was to get out from the exits or find refuge in the field. That is why there were many people who went down to the field. They were actually trying to save themselves.”

Riot, what riot? The police insist they had no choice but to use tear gas, claiming: "It had gotten anarchic. They started attacking officers, they damaged cars." But those on the scene say otherwise: "Nothing was happening, there was no riot. I don't know what the issue was, they suddenly fired tear gas." Here’s another description of what preceded the use of tear gas:

“After the match, the players and the club’s management stood on the field, apologizing for the defeat. Then, two or three angry fans came down from the stands and were seen shouting at the players... Police officers entered to turn the fans back, prompting more people to come onto the field. Some scuffling between the police and the fans prompted the first burst of tear gas to be fired at about 10:30 pm.”

Also this: Video footage appears to show far more people stayed in their seats—as opposed to rioting in midfield:

Point to note: The use of “crowd control gas" in matches is strictly prohibited as per rules set by FIFA—the sport’s global governing authority. Indonesia’s domestic league matches have also been suspended pending an investigation. And the national football body appeared to blame the fans, not the police—saying, “PSSI regrets the actions of Aremania supporters at the Kanjuruhan Stadium.”

As for football violence: It is true that Indonesian clubs are notorious for some of the fiercest football rivalries in the world. The ugliest feud of the lot is between Persija Jakarta and Persib Bandung—and fans of the latter beat a Jakarta supporter to death in 2018. In fact, as per the Indonesian Premier League rules, tickets are only sold to fans of one club at any given match—for fear of violence. Also this: a World Cup qualifier match between Indonesia and Malaysia also turned nasty in 2019. It was so bad that Malaysia’s visiting sports minister had to be evacuated from the stadium.

But, but, but: An ABC Australia investigation in 2019 revealed that club fans in Indonesia don’t always riot because they are angry at their rivals. They are usually furious at rumours of match-fixing and corruption—which is endemic in the system. And that may better explain why the Arema fans stormed the field to confront players and officials.

So is this the worst football stadium tragedy?

No, that ‘honour’ belongs to an Olympics qualifying match played between Argentina and Peru back in 1964—which left 328 dead. The tragedy followed almost the same pattern:

The bottomline: Looking back at the tragedy in Lima, the investigating judge said the aim was to "make the people learn, with blood and tears" the risks they ran if they challenged the authorities. Not much seems to have changed since.

Channel News Asia has the latest reporting. The Guardian offers a good overview of the tragedy, while Associated Press has a straightforward explainer. The New York Times has more on the controversial use of tear gas. BBC News looks back at the horrors of Lima. ABC Australia’s investigation offers an on-the-ground look at football violence in Indonesia. The AFC website details the key teams in the Indonesian league.