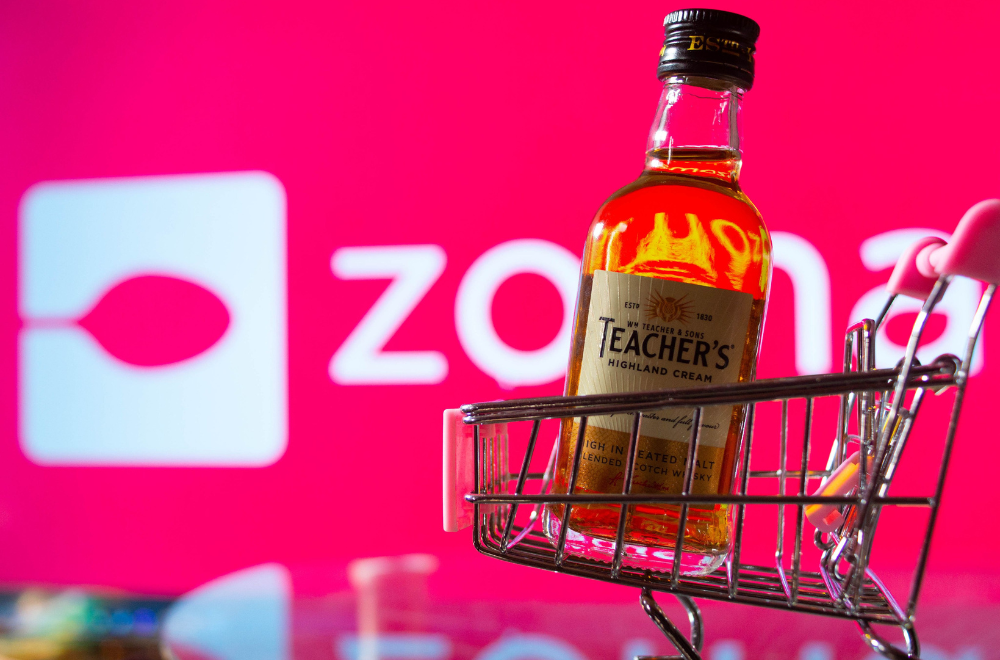 AAP vs BJP: A great battle over booze

The latest scandal in our nation’s fair capital combines its two great passions: netagiri and daaru. It is also a sign of the escalating confrontation between the two parties in the run up to the Gujarat elections in December this year—and the 2024 Lok Sabha polls looming in the horizon.

Delhi’s new liquor policy: It all started when the AAP-led Delhi government introduced new regulation to privatise the sale of liquor. The changes—which first came into force in November—were as follows:

All of which was music to the ears of booze merchants and Delhi residents. The government’s revenue quickly jumped 27% to Rs 89 billion (8,900 crore)—earned just from the bidding for licences.

The Delhi government promptly suspended the new excise policy—and reverted to the old one. Only government-run liquor stores were allowed to operate—triggering a great daaru shortage. The government then did a U-turn—extending the new policy until September—but it did little to soothe the frayed nerves of liquor sellers. Delhi-walas are still facing a massive shortage.

What the LG said: When you cut through all the verbiage, the Lieutenant Governor basically accuses Deputy Chief Minister Manish Sisodia of this: He crafted a favourable excise policy for liquor retailers in exchange for kickbacks—that were used to help AAP win the Punjab elections (which the party won in a landslide). As a result, Delhi lost over Rs 1.44 billion (144.36 crore) in potential revenue. Also: these changes were made without the LG’s approval—which is a violation of Delhi’s excise laws.

The CBI raid: On Friday, the liquor wars hit a new peak when the CBI raided Sisodia’s home—armed with an FIR that names 15 people. Sisodia as excise minister and three other top bureaucrats are accused of “recommending and taking decisions pertaining to excise policy… without approval of competent authority with an intention to extend undue favours to the licensees.”

Also this: The FIR also targets a number of business owners including Vijay Nair, a former CEO of entertainment and event management company Only Much Louder—which manages ‘The East India Comedy’, ‘All India Bakchod’ and stages events like NH7 Weekender. They are accused of being actively involved in funnelling money from liquor retailers into the pockets of AAP.

The allegations are both oddly precise and yet fuzzy in what they claim to prove. Example: “A person named Arjun Pandey”—supposedly a “close associate” of Sisodia—had “once collected a huge cash amount of about Rs 2-4 crore from [Indospirits MD] Sameer Mahendru on behalf of Shri Vijay Nair.”

AAP’s response: CM Arvind Kejriwal held a press conference alleging a political witch hunt: “They (CBI) have orders from above to trouble us and create obstacles. We have to make sure that obstacles do not stop our work.” Sisodia has been on a media spree, issuing dramatic statements such as: “It is my challenge. You will not be able to stop us from working unless you kill us.”

Point to note: AAP’s health minister Satyendra Jain was recently arrested on money laundering charges by the Enforcement Directorate—and is currently in judicial custody. Sisodia may well follow in his footsteps soon.

As we noted, there are two key elections on the horizon. The first is in the BJP stronghold of Gujarat—which is all the more critical given the Lok Sabha elections in 2024. The booze wars are just the first of many such ugly political battles to come.

The new ‘Congress’: AAP has been the greatest beneficiary of the grand old party’s fall from grace. In almost every state outside the South, it has usurped ground lost by Congress. For example, Gujarat—where AAP is making a big play. It won 27 seats in the local polls in Surat, replacing the Congress to become the main opposition party. As The Print notes:

“It’s the non-BJP votes—around 62% in the 2019 Lok Sabha election—that Kejriwal will seek out. These voters must be growing disillusioned with the repeated failures of Opposition leaders to dislodge the BJP from power—the Centre and in many states, say Gujarat. With two states/UTs under his belt and the Delhi model to showcase, Kejriwal may give them better hopes. That’s what makes the AAP a bigger challenger to the Congress.”

Also in AAP’s crosshairs: Elections in other BJP-ruled states like Himachal Pradesh.

Kejriwal for PM: That’s the big plan for 2024. The Delhi CM has been steadily making moves to position AAP as a national party—even borrowing from Donald Trump with slogans like ‘Make India Great Again’ (MIGA):

“Kejriwal kept denying he had national ambitions. But he always did. He was just biding his time while trying to inject his version of nationalism, patriotism and Hindutva into his party while carefully staying away from polarising issues such as the 2020 Delhi riots or this year’s demolition drive by the BJP-ruled corporation in some of the city’s areas hit by communal clashes. He thinks 2024 will be his time when the BJP will have to also tackle a byproduct of its unprecedented run: 10 years of anti-incumbency. And Kejriwal is not hiding his readiness.”

Point to note: Kejriwal didn’t say a word about the release of 11 men convicted of raping Bilkis Bano in Gujarat—for fear of losing Hindu votes in the state election.

A BJP twin? While it is easy to attack Congress for being ‘sickular’ or its dynastic politics, AAP is a more slippery target. The party’s roots in the anti-corruption movement led by Anna Hazare give it a ‘clean’ image. And much like the BJP, AAP has run on a good governance agenda—plus an entire slew of vote-getting freebies. This is why PM Modi took direct aim at Kejriwal’s ‘revdi culture’—referring to power, education and water subsidies as “very dangerous” to the country’s development.

Also this: Kejriwal has openly embraced a Hindutva Lite ideology—courting the very same Hindu vote now monopolised by the BJP. The most galling: AAP’s move to usurp the Ayodhya/Ramjanamabhoomi plank. The Delhi government has been paying for free pilgrimages to the city thanks to Kejriwal’s god-given ‘vision’: “I recently went to Ayodhya to visit Ram Lalla. While coming outside, I prayed to God to make me able to ensure every person in the country gets to visit Ram Lalla.”

Point to note: Analysis of the party’s electoral wins in Delhi shows that the Hindutva plank is vital to taking on the BJP:

“It was not that voters chose the AAP over the BJP for its ideological positions (per the real/counterfeit ideology). The most important predictor for the AAP vote was still benefiting from welfare schemes, but they could only make its welfare appeal salient by muddying the ideological waters and thus largely taking ideology out of the electoral equation.”

Ergo: It makes perfect sense that the BJP will retaliate by attacking AAP’s reputation for good governance. And Manish Sisiodia is the juiciest target—since he holds all the key portfolios and is the architect of the so-called ‘Delhi Model’:

Taking Sisodia out of the equation will cripple the government's ability to function—and tarnish the party with corruption charges just in time for the Gujarat elections.

The bottomline: It’s going to be a very long two years until the national elections.

The Quint has the most details on the new excise policy—while The Print lays out the charges against Sisodia and others with the most clarity. India Today tracks the long history of the bitter rivalry between AAP and the BJP. The Wire has a scathing take on AAP’s Hindutva pivot—while The Quint explains why it makes political sense. Firstpost offers reasons why a Sisodia arrest will damage AAP. We did a Big Story analysing the upcoming Gujarat elections—which is worth checking out.