A terror attack on ‘Putin’s brain’

A car bomb likely intended for ultra-nationalist philosopher Alexander Dugina killed his daughter Darya instead. The bomb placed under the driver’s side exploded on a public street—killing her on the scene. Dugina is credited with being the architect or "spiritual guide" to Russia's invasion of Ukraine—and both he and Darya have been sanctioned by the US. The Kremlin is pointing its finger at Ukraine—which responded: “Ukraine definitely has nothing to do with this because we are not a criminal state, which the Russian Federation is, and even more so, we are not a terrorist state.” No one has claimed responsibility as of now. (CNN)

The former prime minister of Pakistan has been booked under the Anti-Terrorism Act for threatening to sue the police, a woman magistrate, election commission and other state institutions at a Islamabad rally. He was challenging the arrest of his aide Shahbaz Gill on sedition charges for comments against the military. Khan has not been arrested as yet. For more context on this unfolding political drama, read our Big Story on the fall of Khan. (New York Times)

In a move similar to India, the city-state will repeal a colonial-era law that bans sex between men. In essence, it will legalise homosexuality—which has not been prosecuted in recent years. Although the law was in the books, the government had promised not to enforce it. However, Prime Minister Lee Hsien Loong also firmly closed the door on gay marriage—saying the government would ensure stronger legal protection to ensure marriage is solely defined as one between a man and a woman. (BBC News)

Extreme weather has affected crops of the world’s largest suppliers—including India which is the #1 producer of cotton. In India, heavy rains and pests have severely damaged crops—so much so that we are now importing cotton. The yields in Brazil—which is #2—have already dropped by nearly 30% due to heat and drought. China too is reeling from an unprecedentedly long heatwave—as is the US where output has plummeted by 28%. Why this matters:

“This confluence of extreme weather events brought on by climate change has sent cotton prices soaring by as much as 30%. Earlier this year, they touched the highest level since 2011, squeezing the margins of clothing suppliers around the world and threatening to raise the costs of everything from t-shirts, to diapers, to paper and cardboard.” (Mint)

A problem with Dolo

If you get Covid, your doctor is most likely to prescribe 650 mg tablets of Dolo—a brand of paracetamol used to treat fever and mild to moderate pain. Dolo 650 has been far more popular than its rivals like Crocin—even though there is no difference in their ingredients. The medicine earned Rs 5 billion (Rs 500 crores) in revenue since March 2020.

The Federation of Medical and Sales Representatives Association of India (FMRAI)—a national trade union—claims that Dolo doled out freebies worth Rs 10 billion (Rs 1,000 crore) to doctors to encourage them to prescribe the drug. And the association has now filed a Supreme Court petition:

“The body is seeking enforcement of the right to life under Article 21 of the Constitution, alleging mounting instances of unethical marketing practices by pharma companies in their dealings with healthcare professionals. This, it says, results in irrational and excessive prescriptions and a push for over-priced brands—practices that directly affect citizens’ health.”

Mint has a good explainer on the case.

Speaking of infectious diseases: Kerala is witnessing an outbreak of the ‘tomato flu’—which has infected 82 children under the age of five. While it is not lethal, the symptoms are similar to Covid—fever, cough etc—and triggers red and painful blisters throughout the body that grow to the size of a tomato. Also: It is highly infectious—and there is no treatment or vaccine for the disease. (News18)

A 17-member committee has been appointed to take the country’s premier engineering institutes  to distant shores. The likely new locations for the new campuses: UAE, Saudi Arabia, UK, Egypt, Qatar, Malaysia, and Thailand. According to the Indian High Commission in the UK, the government has already received “six concrete proposals of cooperation from University of Birmingham, King’s College London, University of Exeter, University of Oxford, University of Cambridge and University College London.” The bigger aim in going phoren:

For years, Minoxidil has been an over-the-counter topical treatment for hair loss—the best known brand being Rogaine. But the lotion doesn’t work very well—and women often hate the sticky residue it leaves behind. Others have sensitive scalps that react to it. A number of doctors are instead prescribing low dose Minoxidil pills—an off-label use that has not been approved by the FDA or subjected to clinical trials. But doctors who prescribe it say the low-dose tablets are far more effective in restoring hair loss—and they are super-cheap. Key point to note:

“If hair loss is too severe, minoxidil will not help, Dr. Aguh warned. ‘It will not work, for example, if a man is mostly bald, with a shiny scalp. There is nothing to restore.’ She added that the ideal patient is not completely bald but has lost enough hair that even a casual observer would notice.”

Yet another Zomato ad controversy

The delivery company’s advertisements almost inevitably land the brand in hot water. The latest campaign to invite ire is called ‘Mann Kiya Zomato Kiya’—and spotlights local favourites in different cities. The ad features Hrithik Roshan touting the joys of the thali from Mahakal—a restaurant in Ujjain of that name. Sadly for Zomato, this did not go down well with the priests of Mahakaleshwar or Mahakal temple and the Hindu Janajagruti Samiti. The Samiti’s Twitter handle thundered:

“In an ad, @iHrithik says ‘Thaali khane ka man tha, Mahakal se mangaa liya’...Mahakal is no servant who delivers food to those who demand it, He is a God who's worshipped. Could @zomato insult a God of another religion with the same courage?”

Zomato has now apologised and withdrawn the ad. You can see the five seconds that provoked such fury below. And this other ad in the same campaign gives you a better sense of the context. Oddly, no one has accused the restaurant of offending the gods as yet. (Mint)

One: CK Raulji is the BJP MLA from Godhra, Gujarat. He is also a member of the committee that freed the 11 men convicted of raping a pregnant Bilkis Bano—and killing her three-year child. When asked about his decision, this is what he said. If you don’t understand Hindi, the keywords here are ‘Brahmin’ and ‘sanskaari’.  (NDTV)

Two: When McDonald’s pulled out of the country—thanks to the Ukraine invasion—a Russian knockoff Vkusno i tochka stepped in to fill the gap. The last we heard, the restaurants are in danger of running out of Coke—which too has upped and left. Now there’s a replacement for Starbucks, unimaginatively called Stars Coffee. And its logo is every bit as, umm, unimaginative. The logo is a separated-at-birth twin of the Starbucks mermaid—though instead of a Starbucks crown she wears a Russian headdress called a ‘kokoshnik.’ FYI: the chain was launched by Russian rapper Timati, who wrote in a 2015 track that “President Putin is my best friend,” See the logo below. (NBC News) 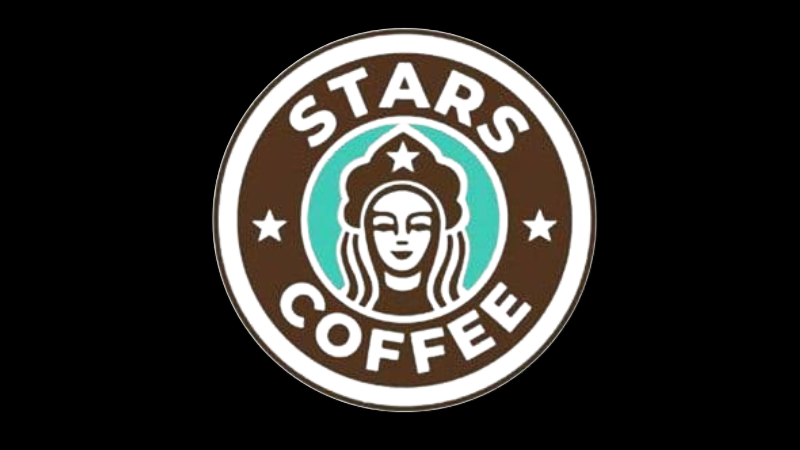 Three: A baby fur seal broke into a New Zealand home—and traumatised the owners’ cat. But it did not poop indoors which “would have been pretty terminal for the furniture.” The seal is now safely back at sea, but the cat—which fled next door—may be in need of therapy: “On returning to its own home, it refused to go downstairs because it was ‘clearly pretty traumatised.’” (The Guardian)

Four: Yet more stolen artefacts will be returned to India—this time from Glasgow Museums. They include 14th century carvings and 11th century stone door jams—stolen from shrines and temples in the 19th century. Some of them are thought to be about 1,000 years old. See one of the treasures below. (BBC News) 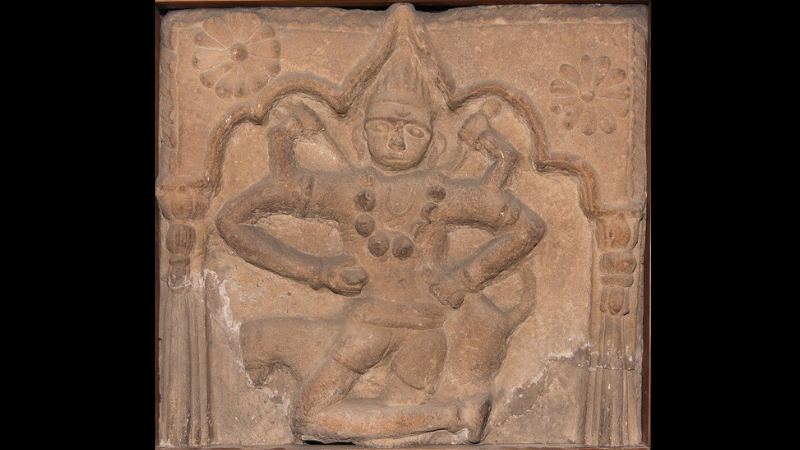