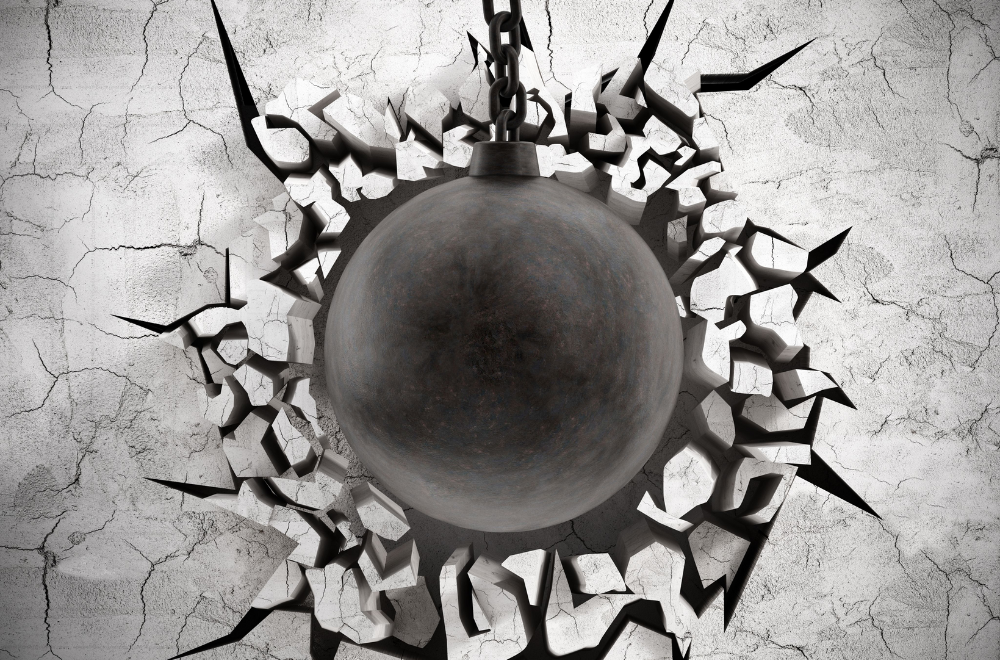 Gone in 12 seconds: The Supertech super-demolition

On Sunday, the entire nation watched enthralled as two towers in Noida came crashing down. The largest such demolition in the country is a symbol of astounding developer greed—and the state of real estate in India.

First, the towers: Apex and Ceyane were part of the Emerald Court project built by Supertech Ltd. Apex was 32 storeys high—while Ceyane had 29 storeys. The so-called ‘Twin Towers’ were the tallest buildings ever to be demolished in India—standing at 103 and 97 metres respectively. The previous record was held by the 68-metre tall Maradu Flats in Kerala in 2020—which we will come to shortly. FYI: the tallest building to ever be brought down in the world was 165 metres and located in Abu Dhabi.

The demolition experts: The event was an engineering feat achieved by Mumbai-based Edifice Engineering—in partnership with the South African firm Jet Demolitions. These are the same companies that demolished the illegal buildings in Kerala. In 2019, Jet grounded the 108-metre-tall Bank of Lisbon building in Johannesburg within seconds in 2019—ensuring that a structure barely seven metres away remained safe. It took six months to plan the demolition of the two towers.

The demolition: They drilled 9,642 holes—two metres in depth—in the two buildings, and stuffed them with 3,700 kg of explosives. Apex had 11 primary blast floors—where all columns on the floor were rigged with explosives—while Ceyane had 10 primary blast floors. They were positioned to achieve a “waterfall effect”—where the towers fall straight down. The cost of the demolition: Rs 200 million (20 crore). The entire event—which took place at 2:30 pm on Sunday—took 12 seconds and looked like this:

Point to note: While only 10 people were allowed within 100 metres of the blast, the event turned into a viewing party for many who lived close by—or had travelled just to witness the spectacle. The closest high rise was located nine metres from the blast site.

The aftermath: The blast left behind 80,000 tonnes of debris that will take around three months to clear. Of this, 50,000 will be used for construction at the site. But there was minimal damage to surrounding buildings.

The biggest worry: is the massive dust cloud:

“The immediate effect will be eye problems, coughing, sneezing and dust allergy. Those who already have lung issues such as asthma and chronic obstructive pulmonary disease (COPD) may witness a bout of illness triggered by the demolition.”

They have been advised to wear masks and use air purifiers over the next couple of days. That said, officials deployed water sprinklers and anti-smog guns to dispel the dust. But some environmentalists still worry about the fallout:

“An environment expert told [The Telegraph] that the wind was blowing towards Aligarh, Agra and Mathura during the demolition. ‘Delhi was protected naturally but west Uttar Pradesh would be affected for many days. We have reports that the sound of blast was heard 10km away and glass windows and doors of over 50 houses developed cracks,’ he added.”

Meet Supertech: Over the space of 19 years, RK Arora went from being a small-time real estate broker to a construction baron. In 2014, the company had 40 ongoing projects worth Rs 140 billion (Rs 14,000 crore) in Gurgaon, Noida, Greater Noida, Uttarakhand and Bangalore. Total area under construction: 75 million sq ft. But by March this year, Supertech was facing bankruptcy—having defaulted on Rs 4.32 billion (Rs 432 crore) in dues. And it has a cumulative debt of Rs 12 billion (Rs 1,200 crore).

Point to note: Of the 38,041 people who bought homes from the company, Supertech is yet to deliver 10,930 homes. But Supertech insists all is well and claims "we are committed to giving delivery of units to allottees.”

The Emerald Court debacle: The project, launched in 2004—offering 3, 4 and 5-bedroom flats to buyers—soon mushroomed into a monster construction that flouted all building regulations:

The legal battle: In December 2012—finally fed up with Supertech's shenanigans—Emerald Court’s residents' association moved the Allahabad High Court. They argued that the company did not take their consent before amending the building plans. According to Uttar Pradesh laws, any alteration is made to the undivided interest of each flat owner in the common areas and facilities has to be approved by them.

Also this: Building regulations in Noida require a distance of 16 metres between buildings that are taller than 50 metres. The distance between the two towers: nine metres. Supertech’s counter-argument: “the towers in fact formed a part of a single building block, instead of two separate towers” and hence don’t need to maintain a minimum distance required by fire safety rules.

The ruling: in 2014, the Allahabad High Court ordered the demolition of the two towers. In 2021, the demolition order was upheld by the Supreme Court when Supertech challenged the ruling. In its judgment, the Court slammed not just the company but also its “unholy nexus” with local authorities:

“The bench comprising Justices DY Chandrachud and MR Shah noted that the ‘record of this case is replete with instances which highlight the collusion between the officers of NOIDA with the appellant and its management’, and asserted that the ‘case has revealed a nefarious complicity of the planning authority in the violation by the developer of the provisions of law.’”

As for Supertech: In the official statement released yesterday, the company stuck to its guns:

“The building plan of the Project including the two towers were approved by the Noida Authority in 2009 which was strictly in accordance with the then prevailing Building Bye laws announced by the State Government. No deviation from the Building Plan was made and the Building was constructed after making full payment to the Authority.”

Perhaps, the most important word there is “payment.”

The Maradu case: Supertech is hardly the first real estate company to flagrantly violate building regulations. In 2020, another set of ‘twin towers’ were demolished in Maradu, Kochi—along with two other residential buildings. The 344 flats violated the Coastal Regulation Zone rules—which prohibit construction within a certain distance from the coast, backwaters, river and lake beds. In that case, residents had already moved in—and had to be forcefully evicted. And many are still waiting for the Rs 25 lakh in compensation ordered by the courts. You can see that demolition below:

The big picture: As the Wall Street Journal (via Mint) points out, these cases point to the excesses of the Indian real estate industry. Post-liberalisation, these companies had access to easy money—in the form of gargantuan bank loans and foreign investments. And they also had a market of aspirational middle class Indians who could afford higher down payments to own a dream home. And then the big boom went bust:

“But in many projects, builders used the money they collected from buyers to buy more land and launch new projects. In other cases, the developers failed to get government permits, or couldn’t find enough construction workers for their projects, leading to massive delays. As loans went bad, banks cut back on real-estate lending, while lower home sales due to a slowdown in the economy also hit developer cash flows. That created ghost towns of half-built apartments, and left home buyers in the lurch.”

Data point to note: Construction delays have been devastating for Indians. As many as half a million homes worth Rs 4.48 trillion 4.48 lakh crore across seven key markets have not been completed. The National Capital Region (NCR) and the Mumbai Metropolitan Region together account for 77% of such projects.

The Hindu lays out the legal timeline of the demolition. The Print has more on the Supreme Court judgement. Mint has a good piece on the engineering companies behind the blast. News18 looks at potential health complications. Newslaundry has an amusing video on the manic TV coverage of the demolition. Moneycontrol has an eye-opening read on seven projects that have left desperate owners in a financial crisis. Also in Moneycontrol: a comparison of the Noida and Maradu cases. This older Mint piece on the ghost societies of Noida is also worth a read.