We’re going on vacay! An early reminder that the splainer team will take our annual year-end break—starting Saturday, December 24. We will be back on Monday, January 2, to ring in the new year with you! We can’t wait for our personal sanity break from the daily news cycle:)

ICYMI: Our weekend Advisory edition featured an excellent guide to Dubai from our trusty partners Urbanaut—plus a wonderful collection of winners of the Comedy Wildlife Photography awards. Check out the fab ‘Dancin’ in your underwear’ playlist from our splainer fam. Also: Champaca picks its favourite feminist reads.

According to new rules confirmed by authorities, it will only count fatalities of people who tested positive and died of respiratory failure. So no one knows the exact number of cases or deaths. But every signal out of China indicates a massive Covid wave. The well-respected epidemiologist Eric Feigl-Ding predicts that more than 60% of citizens are likely to be infected over the next 90 days—with death tolls approaching the millions.

Big cities like Beijing, Shanghai and Chengdu are scrambling to equip themselves with hospital beds, intensive care units and fever clinics. A crematorium worker from Hebei claimed on a now-deleted Weibo post that his facility performed “as many as 22 cremations a day from about four-to-five before December.” Major funeral homes are now being heavily guarded by security forces. You can see a clip from a hospital below. New York Times has more on the lack of planning at the very top echelons of the government. (Reuters)

India’s most iconic monument has been served with notices to pay its municipal taxes—for the very first time in its 369-year history. Apparently, the Archeological Survey of India is on the hook for Rs 19 million (1.9 crore) in water and Rs 150,000 (1.5 lakh) in property tax. It has been asked to clear the outstanding dues within 15 days—or else the property will be "attached.”

Another UNESCO World Heritage site, the Agra Fort has also been served a notice for Rs 50 million (5 crores). ASI officials insist this is some kind of bureaucratic boo-boo. What the local municipal commissioner said:

I am not aware about the tax-related proceedings related to the Taj Mahal. Fresh notices are being issued based on the statewide geographic information system (GIS) survey conducted for calculation of taxes. All premises, including government buildings and religious sites, have been issued notices based on dues pending on them. Rebate is provided following due process of law. In the case of notices issued to ASI, required action will be taken on the basis of response received from them.

In a letter issued to all institutions, the government announced an indefinite ban on university education for women. It comes three months after thousands of girls and women took university entrance exams across the country. The Taliban have been steadily choking the freedom of women—who have been pushed out of many government jobs and banned from public spaces like parks. (The Guardian)

The appalling diet of Himalayan bears

A new Wildlife SOS report shows that nearly 75% of the diet of Himalayan bears consists of plastic bags, chocolate wrappers, biryani—even remnants of glass. The study analysed faeces and footage from cameras:

Out of the 20,627 camera trap footage, 9,131 footage captured bone-chilling sequences of Brown bears foraging for food at garbage dumps. Their natural diet of fresh plants, insects and small mammals has been replaced by improperly disposed high-calorie foods, like the famous Indian Biryani!

Deccan Herald has more details. See a screen grab from the footage below: 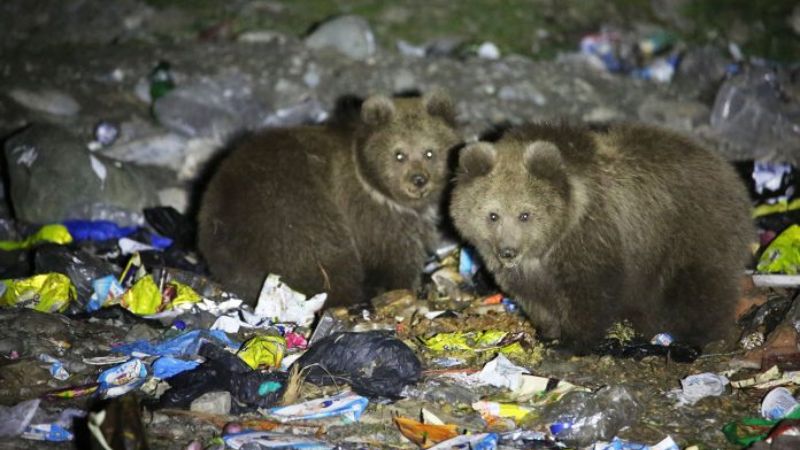 The disgraced Hollywood mogul has been convicted of sexually assaulting a woman in a hotel room in 2013. The specific charges are “forcible rape, forcible oral copulation and sexual penetration by a foreign object.” This is his second conviction. Weinstein was found guilty nearly three years ago of sexual assault and rape in New York—which carries a 23-year sentence.

The LA jury, however, acquitted Weinstein on charges involving a massage therapist. They also deadlocked on allegations made by other women in the case, including Jennifer Siebel Newsom—the wife of California governor Gavin Newsom. But it doesn’t really matter. This conviction ensures that the 70-year old Weinstein will likely remain in prison for the rest of his life. New York Times has more reporting on the entire trajectory of Weinstein’s trial. (Los Angeles Times)

Aviation authorities will soon issue new guidelines forcing airports to adopt modern screening machines. These new devices will no longer require passengers to go through the tedious ritual of removing laptops from their bags:

While the traditional x-ray machines currently used at airports produce a 2-D image, newer technologies such as computer tomography produce a 3-D image with a higher resolution, and have better automated detection of explosives. They also have a low rate of false alarms which often lead to CISF personnel requiring a physical inspection of a bag.

The Hindu has more details.

It’s all about Messi…

One: The hottest football rumour is that David Beckham is planning to woo Lionel Messi to join his Inter Miami team in the US.

The Major League Soccer franchise is reportedly “confident” of signing Messi following the 2022-23 European season, and “close” to a deal making him the highest-paid player in MLS history.

That’s after Messi will have served his time at Paris St Germain—where he will likely be part of an all-out push for the Championships League title—along with none other than Kylian Mbappé. FYI: “Messi calls playing in the MLS a ‘dream’. Beckham has always promised Miami ‘a star’ and there are none bigger.” (The Guardian)

Two: Messi and his teammates got a stupendous Buenos Aires welcome—but it soon turned ugly. The crowds at the victory parade were massive and chaotic as the players waved from an open-air bus. As some fans tried to board the bus, the procession was abandoned over concerns for the safety of the team. (The Independent)

Three: Everyone is talking about the celeb chef Salt Bae who crashed Argentina’s moment of victory (if you’re wondering about the name, watch this clip). He ran onto the pitch and started grabbing at Messi. Then he posed for selfies with team members and even the damn trophy—which is a big no-no according to FIFA rules:

As one of the most recognised sports symbols in the world and a priceless icon, the original Fifa World Cup Trophy can only be touched and held by a very select group of people, which includes former winners of the Fifa World Cup and heads of state.

Why this is making news: Salt Bae is not just the owner of a string of expensive steak restaurants but also a friend of FIFA president Gianni Infantino. Neither he nor FIFA had any comment about yet another charge of cronyism. You can see the guy pestering Messi below. (The Times UK)

Four: Messi’s post celebrating the World Cup win became the most liked in Instagram history—receiving more than 65 million likes. He toppled the infamous egg—which someone posted as a statement against celebrities—specifically, Kylie Jenner. BBC News explains.

One: The residents of the Siberian city Chita have been ‘gifted’ an unusual form of Christmas decoration by local authorities. Instead of Santas, they have ice sculptures of soldiers armed with Kalashnikovs. In case you missed the patriotic theme, there’s even a metal snowman holding the Russian flag. (BBC News) 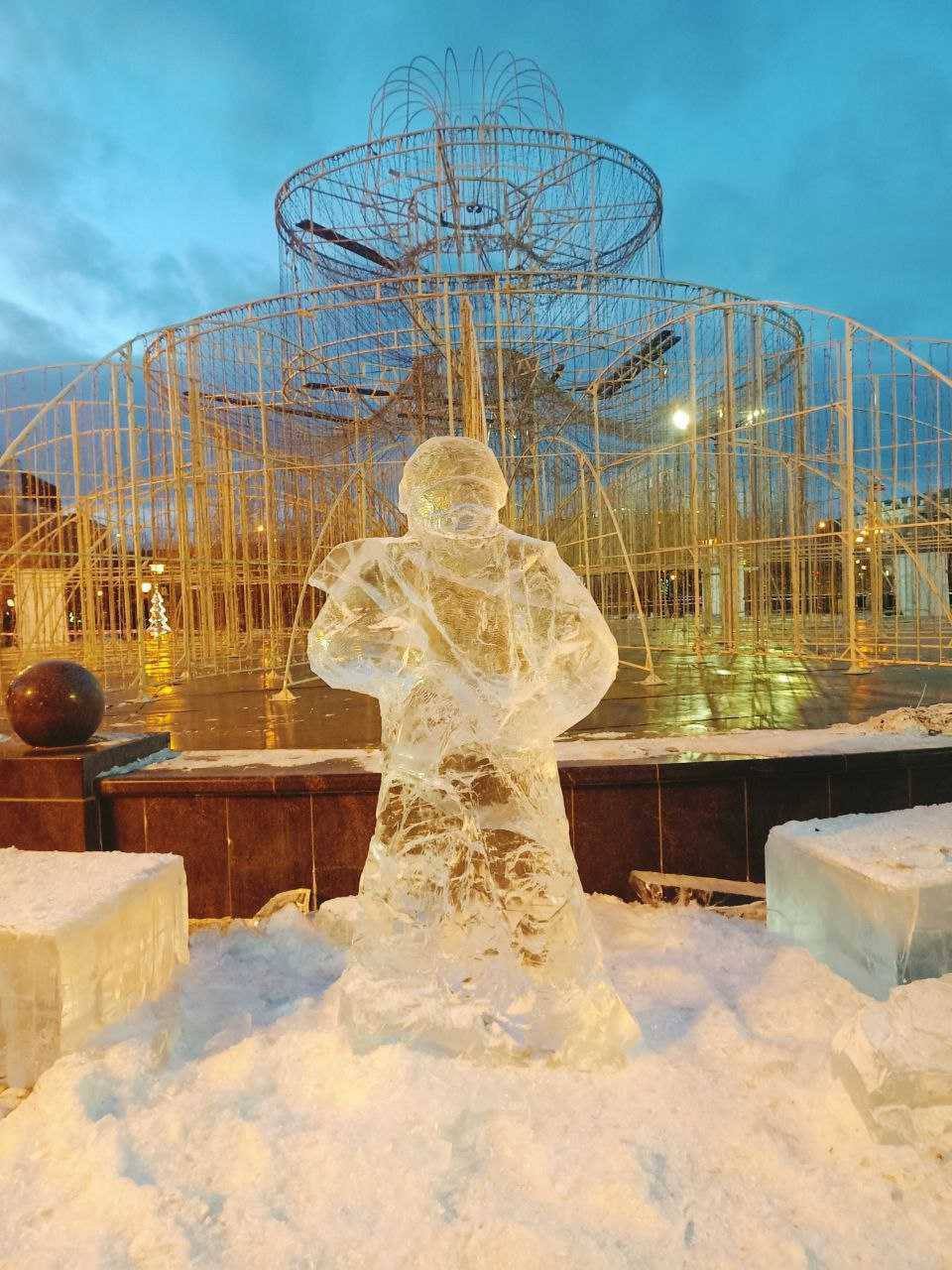 Two: Can’t get enough of the Mission Impossible franchise? Tom Cruise is back to delight you with behind-the-scenes footage from the next instalment: ‘Mission: Impossible – Dead Reckoning Part One’. Wait, so it’s ‘part one’ of the seventh movie in the franchise? In any case, watch Cruise drive a motorcycle off a cliff below. ICYMI: a teaser trailer for the film already dropped in May—and it hits theatres on July 14, 2023. (Variety)

Three: A US study used lasers to visualise exactly what happens when you use the toilet. And it isn’t a pretty picture. We’ve long known that toilets spray bits of water, poo, and even viruses like Covid-19 into the air—in aerosol molecules. But this is the first time we’ve been able to actually see them. Yikes (Gizmodo)

Four: Aww, Hollywood just be like Bollywood. The cover for the latest New York magazine is all about ‘The Year of the Nepo Baby’—and features all the hot stars who got a big start thanks to their famous parents. Examples: Dakota Johnson, Lily-Rose Depp, Ben Platt and Zoë Kravitz. Read the cover story here. 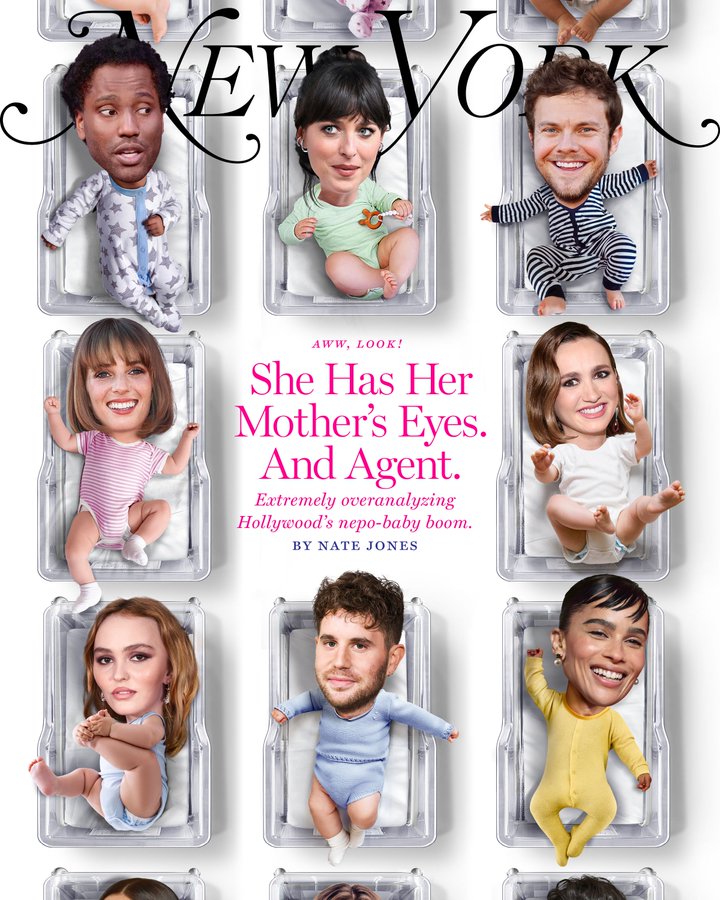 Of course, in India, the list would be far too long to fit on a magazine cover. But the anonymous Insta account Diet Sabya gave it their best shot: 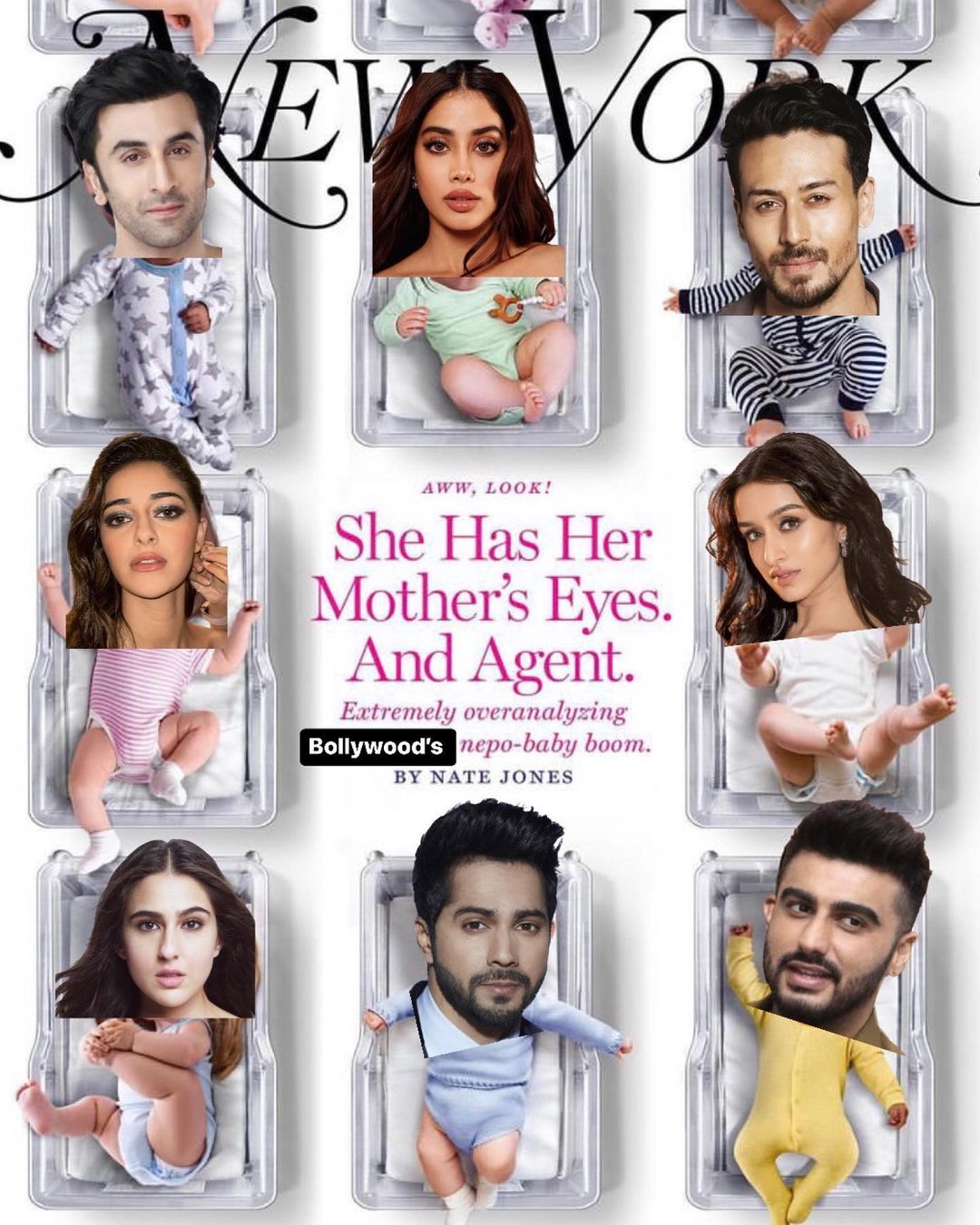