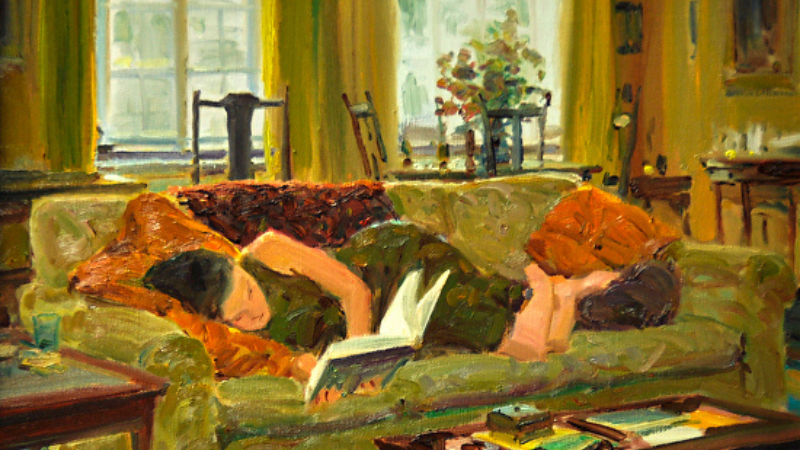 Is it just me, or is there a whiff of autumn in the air? I love this season—which isn’t technically autumn/fall, but the air sure does get a little cooler—and I bust out my spookiest, most atmospheric reads. I’ll do a roundup of those once we’re properly into October. Today, however, a bunch of new books for you, plus some of my favourite newsletters in Quick Fixes.

Silverview: by John le Carré. Le Carré is one of my all-time favourites, and the posthumous publication of his last full-length novel is bittersweet (he died in December 2020). The doyen of espionage fiction is back on familiar ground in his last outing, where an innocuous bookseller, a Polish émigré and an intelligence leak collide to give us a trademark le Carré tour de force—beautifully written, a study of the human condition, with enough twists to keep us on our toes.

Crossroads: by Jonathan Franzen. Another giant new release (no pun intended, even though it clocks at almost 600 pages), Franzen is back, this time with the story of the Hildebrandts, a family fraught with each member’s personal mistakes, decisions and awakenings. The characters are vivid and studied as always; there’s a tinge of suspense, with the events of the novel unfolding over a single winter day. This is a novel about moral crises, family dynamics, and things bigger than the individual.

The Lincoln Highway: by Amor Towles. The bestselling author of ‘A Gentleman in Moscow’—one of my favourite novels of all time—returns with a dynamite of a story set in 1950s America. Emmett Watson has served his time at a work farm for involuntary manslaughter, and as he is driven back to his home in Nebraska by a warden, all he can think about is picking up his younger brother and heading somewhere else to start a new life. But as the warden drops him off and drives away, he realizes that two of his friends from the work farm had hidden themselves in the trunk of the warden’s car and tagged along. And they seem to have a much different plan for Emmett’s future.

State of Terror: by Hillary Rodham Clinton and Louise Penny. Bill has written one with James Patterson, so there’s no doubt Hillary (along with Louise Penny!) has written one too, but better. In this political thriller, a series of terrorists shake the globe, and a novice Secretary of State is tasked with putting together a team to combat an unfolding conspiracy, amidst a weak American administration. I love the idea of this because there’s sure to be a mixture of truth and fiction, but you just can’t tell which is which.

Winter Recipes from the Collective: Poems: by Louise Glück. The Nobel Prize–winner’s thirteenth book is a collection of magnificent poems about “the inconceivable gifts and losses of old age, the little princesses rattling in the back of a car, an abandoned passport, the ingredients of an invigorating winter sandwich, a sister's death, the joyful presence of the sun, its brightness measured by the darkness it casts” and more. Honestly, I could not have done justice to the description if I’d tried.

Orwell’s Roses: by Rebecca Solnit. Solnit is legendary, especially for inspiring the term “mansplaining” through her brilliant essay, ‘Men Explain Things To Me’. But she is multi-faceted and unencumbered, and in her latest, she has chosen to explore George Orwell’s beliefs, inspirations and writings through his passion for gardening. What I love about it is that the idea for the book was sparked by Solnit’s unexpected encounter with the surviving roses Orwell planted in 1936. Talk about legacy.

Manifesto: On Never Giving Up: by Bernardine Evaristo. Evaristo won the Booker for ‘Girl, Woman, Other’, and the world finally got to see her for who she really is—a trailblazing writer, teacher and activist. This volume charts her journey from being a rebel against the mainstream, working on the sidelines, to becoming a resonant voice in conversations around the issues of race, class, feminism, sexuality and aging. Through her story she hopes to inspire us all to never give up, just like she didn’t.

Chronicles of a Cairo Bookseller: by Nadia Wassef. In 2002, Wassef founded Diwan, an independent bookstore in Cairo, along with her sister and a friend. It was a time when culture was mostly neglected under the administration in Egypt, and books were more an indulgence than a necessity, so Diwan was unique. Ten years on, Diwan had become an unprecedented success. This is Wassef’s memoir, chronicling the rise of the store against all odds—including a revolution. It is also about the many colourful characters the store has seen, a lesson in running a business, and a celebration of the thing that sometimes saves so many of us: a book.

The Elephant in the Womb: Declarations of a Sudden Mother: by Kalki Koechlin and Valeriya Polyanychko (illustrator). This graphic memoir about the joys, trials and tribulations of pregnancy and motherhood comes from Koechlin, a first-time mother, who opens up about a number of unspoken things, from the toll that pregnancy takes on a body, to postpartum melancholy, and so many other things in between. She isn’t scared to dive deep into her private life, nor is she wary of getting political. It is an unabashed, funny and honest collection of personal essays, think-pieces, journal entries, reflections and anecdotes.

Taste: My Life Through Food: by Stanley Tucci. Tucci has had a bit of a renaissance (much deserved) as the world collectively swooned over him making cocktails on Instagram while his wife adoringly records his commentary, a crash course for the rest of us. While he is known for portraying some truly wonderful characters, what people don’t know is that Tucci is an inveterate foodie, and this memoir brings together his life in food. Filled with anecdotes about growing up in an Italian-American family and shooting films like ‘Julie & Julia’, this book is bound to make you fall in love with Tucci even more—and get you reeeeaaal hungry.

This week, I’m going to tell you about some of the best newsletters I subscribe to, difficult though the exercise was. A few of them I’ve already recommended in the past, and some of the big ones—like the NYT Books Update or the Guardian Bookmarks—I’ll not include here. This one is a mixed bag of some lesser-known newsletters, and I hope you find something that’s up your alley.

Of course, I subscribe to a number of bookish newsletters. Book Riot has never let me down, especially because it has individual newsletters dedicated to SFF, mystery/thrillers, non-fiction, romance, children’s literature, comics, and so much more. The folks over there are well-rounded, pay attention to inclusivity and diversity, and true-blue readers. Among my other trusty bookish sources is Lit Hub Weekly and Literary History, both Literary Hub properties, with the former having some of the best and varied essays on upcoming books and general literary issues, and the latter taking a considered weekly look at what was happening in bookish history at that time. I also recently started reading Deepanjana Pal’s Dear Reader which I really like, where she talks about all things books, and covers both local and international literature.

If you want to take a deep dive into one topic chosen at random, Quartz’s Weekly Obsession is the place for you. Covering everything from Junk Mail (their most recent) to atheism and TV intros, they tell you everything about it, from its origins, related statistics, fun facts, a brief history, even a little pop quiz. I don’t always like a topic when I see it in my inbox initially, but they do it so interestingly that I end up immersed, and come out wiser, nevertheless.

I feel like there has been a sudden uptick in people being interested in the business world, stock markets, and work culture in general (or maybe it’s just me). To cover those, I subscribe to Short Squeez, a daily email focusing on business insights, investing lessons, the rise and fall of stocks, and related memes, if you’re into that sort of thing. Morning Brew is another universal darling focusing on the business world, and I quite enjoy Fast Company Compass, which has everything on extant and upcoming innovations in how to optimise your work life.

Reasons to be Cheerful, as the name suggests, focuses on the good stuff, reminding us that there are still people in the world genuinely working towards making it a better place. It covers everything from climate to health and civic engagement, and really leaves me just a tad more hopeful than when I began.

There’s already a lot of politics in the news (seeping into every aspect of our lives), but the two newsletters that I still peruse diligently are Arwa Mahdawi’s This Week in Patriarchy in the Guardian, where she covers, quite vocally and intelligently, all things gender and feminism. For something which is both heavy and kinda light (by virtue of its medium), there’s The Nib, which gives you political satire and journalism, among other things, in cartoon form.

For all things pop culture, I turn to NPR’s weekly Pop Culture Happy Hour, where they cover the latest in music, TV shows, movies and podcasts; it is insightful while also being fun. I also recently subscribed to a brand new property from the Guardian called The Guide, which has pop culture recommendations, in-depth analyses and discussions, and more, every Friday. The tone makes you feel like you’re discussing your most recent binge-watch with your bestie, which is always exciting.

Lastly, I want to recommend a couple of individuals, who both follow a somewhat similar theme. Every Friday, Austin Kleon sends out a list of 10 things he finds interesting, that include new art, writing, and interesting links. Similarly, Laura Olin sends you 10 things she finds meaningful, every Thursday.

Hope this was able to widen your reading horizons. Happy reading; there’s so much of it this week.