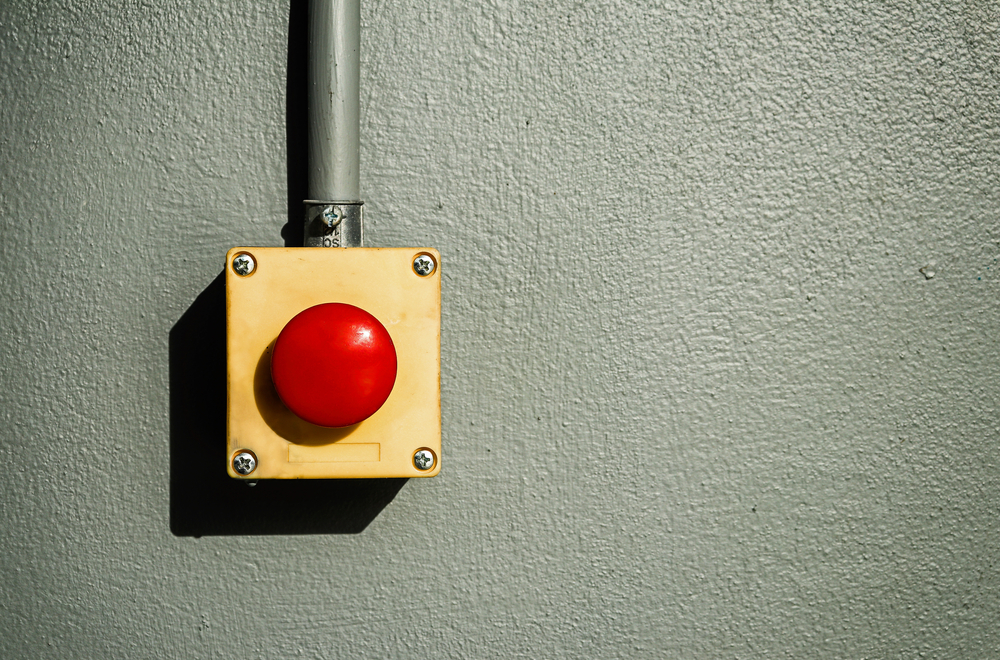 The Omicron variant: Is it time to panic?

Soon after news of the new variant broke on Friday, leaders and scientists scrambled into frenzied activity. We look at what we know about the virus so far, what actions have been taken—and varying views on whether this truly is a variant of great concern.


Editor’s note: We did an explainer on the variant on Friday—which has a lot of background on variants, and how this one is different from the rest. Also: Our big story today is free to read. So if you liked it be sure to share the link widely! It helps splainer find new subscribers:)

The name: The scientific name is B.1.1529, but has since been named Omicron—for the Greek letter ‘O’. The WHO has already used 12 Greek names for variants, going in sequence. But it skipped two letters—nu and xi—to name this one. One sounds too much like ‘new’ and the other one is a common Chinese last name. Example: President Xi.

The location: The variant was first spotted in Botswana, but its emergence was confirmed in South Africa—which has one of the best virus tracking and sequencing programs in the world. It has since been detected in Australia, Belgium, Britain, Denmark, Germany, Hong Kong, Israel, Italy, the Netherlands, France and Canada. In the case of the Netherlands, 13 cases were identified out of a total of 61 Covid cases among passengers on a flight from South Africa. There have been no confirmed cases in India.

The mutations: The variant likely evolved during a chronic infection of an immuno-compromised person, possibly in an untreated HIV/AIDS patient. It has 50 mutations in total—of which 32 are in its spike protein. Any changes in the spike protein are worrying because that’s the part of the virus targeted by vaccines—to block the virus from entering the human cell. And of these 32 changes, 10 are in the exact bit—“receptor binding domain”—that helps the virus attach itself to the cell. In comparison, the highly infectious Delta variant has only two mutations in this location.

Ok, what do we know now?

Two things are important to keep in mind. We won’t know anything definitive about the virus until scientists conduct extensive tests. So a lot of what you’re hearing are best hypotheses based on past experience. Also: The variant has a number of mutations we have never seen before. So we can only wait and see how they change the virus’ behaviour.

Easier to detect: Usually, Covid samples have to undergo genome sequencing to detect a variant. But Omicron causes RT-PCR tests to glitch—which offers an early indication of its presence. This makes the variant easier to track.

Likely more infectious: One widely shared guess is that the variant spreads more easily—mainly because it has 30-plus mutations on its spike protein, making it easier to duck our immune system. This worry is also partly based on data out of South Africa—where a surge in infections has coincided with the emergence of Omicron. The variant now accounts for 90% of the new cases. So the speed of the spread is concerning: “This one has become dominant very quickly in South Africa, in the regions where it's been found, within a matter of days to weeks as opposed to months.”

Data to note: A Swiss scientist says Omicron has an R0 value of 10 to 30, compared with the R0 of 5 to 6 for the delta variant. R0 values measure how many individuals a single Covid case can potentially infect. But this data is very “preliminary.”

Milder symptoms? A South African doctor who observed the Omicron cases says the strain so far has not led to severe cases:

“What we are seeing clinically in South Africa, and remember that I’m at the epicenter, that’s where I’m practicing, is extremely mild…We haven’t admitted anyone [to hospital]. I spoke to other colleagues of mine: The same picture.”

Again, this is based on a small number of cases in one region of South Africa. A prominent scientist summed up the reason why we should not panic: “The sky is not falling. This variant does not appear to be causing worse disease than anything we’ve seen before—this is not ‘The Andromeda Strain’.”

Vaccines will likely work: Despite the worry about its infectiousness, a number of medical experts are confident that vaccines will still be effective in preventing serious disease. One reason: Vaccines stimulate the production of T-cells—which identify and attack the virus—and they are not weakened by mutations to the spike protein. A UK scientist was more blunt:

“Immunity from vaccination is still likely to protect you from severe disease. You might get a snuffle or a headache or a filthy cold but your chance of coming into hospital, or intensive care or sadly dying are greatly diminished by the vaccine and still will be going into the future.”

And most of his peers agree that there is zero evidence so far that the variant can escape vaccines.

Point to note: Moderna and Johnson & Johnson are already working to test its vaccine against the new variant. But the best positioned is AstraZeneca/Covishield—because it is already conducting tests in Botswana, where it can collect real world data.

A very important reminder: from The Atlantic:

“What’s known so far absolutely warrants attention—not panic. Viruses mutate; they always do. Not all variants of concern turn out to be, well, all that concerning; many end up being mere blips in the pandemic timeline. As Omicron knocks up against its viral competitors, it may struggle to gain a toehold; it could yet be quelled through a combination of vaccines and infection-prevention measures such as masks and distancing.”

What are we doing to stop the spread?

Israel has taken the most extreme measure so far—and entirely shut its borders. Others like the UK and US have banned flights from African countries. All of which is making South Africa very unhappy, as its foreign ministry made plain:

“This latest round of travel bans is akin to punishing South Africa for its advanced genomic sequencing and the ability to detect new variants quicker. Excellent science should be applauded and not punished.”

Notably, there have been no travel restrictions imposed on other countries where the variant has been detected.

As for India: We’ve taken a more cautious approach.

Point to note: Individual states are clamping down—and imposing their own rules. Karnataka now requires RT-PCR tests for anyone travelling from Maharashtra and Kerala. Maharashtra may make it mandatory as well. Also at risk: The cricket tour of South Africa slated for next month.

About those travel bans: Most experts are clear that restricting travel is not going to stop a virus from entering a country—not when it has already been circulating undetected for months. But it could slow the spread down: “A travel ban could in theory buy some time by reducing the spread of new seed cases, but we are talking on the order of days to weeks.”

Also, booster shots: There is evidence that booster shots significantly increase immunity levels. A number of countries have already started administering them—a campaign that will gain new urgency now. There is also greater pressure on the Indian government to take the leap. On the other hand, this also means that the vaccine gap in poorer countries that are largely unvaccinated is likely to increase. An epidemiologist sums up the dilemma: “You have one approach that has a likely short-term benefit versus another approach that has a very likely long-term benefit, and how do you weigh one versus the other?”

The bottomline: So what will keep us safe from this latest variant? The stuff that has always worked. Social distancing, masking and vaccinations. For all its “frankenstein” mutations, Omicron is still the same coronavirus, and spreads exactly in the same way.

Vox has the best overview on all aspects of Omicron, while Indian Express offers a more nerdy explainer that looks at specific mutations. CNN reports on worries about it being more infectious. Newsweek has an interesting piece on what makes one variant more dangerous than another. Also a good read: The Atlantic on everything we don’t know about Omicron—and why we shouldn’t be so quick to panic. Axios has a good analysis on the big vaccination gap—it’s more than just greed on the part of rich nations. The Telegraph has more on the cricket angle.