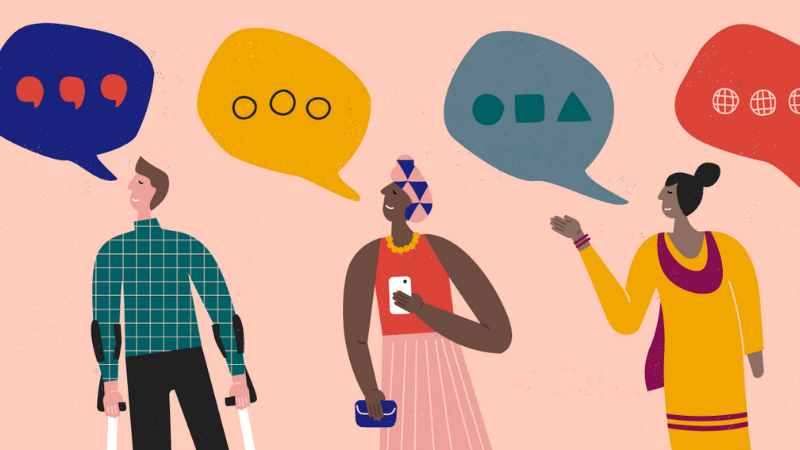 Hi all, I have a few bookish links that expand quite a bit on the theme of how readers relate to the books they read. As the year gets away too quickly from me, I turn to my bookshelves for some necessary anchoring and introspection; I hope you’re able to do the same in these strange times, with books or otherwise.

One: The Atlantic sparks the most controversial debate of the century: should you be reading at the beach, at all? While it makes a case for why you shouldn’t, the writing is beautifully evocative of the many thrills and pleasures of a day spent at the beach. I say read whatever, whenever, wherever, however you want, but admittedly, there is something to be said for simply resting your eyes as you lay on the soft sand, listening to the sound of waves crashing gently around you, contemplating the universe.

Two: I would be remiss to not include this amazing list Goodreads has put together of books about books, a reader’s ultimate delight. There’s a healthy mix of fiction and non-fiction in here, as well as ample scope of getting lost down a literary rabbit hole.

Three: In the Washington Post, an ode to physical books and the distinct memories they carry for those who own and love them. The pandemic has replaced a lot of everyday physical things with their digital alternatives—meetings and conversations, of course, but also our experience with books in general. But our inherent sense of ‘Bookishness’ enables us “to preserve, embrace or imitate a sense of physical reading experiences when it feels like [we]’re being collectively marched into the digital sea.”

Four: The past few weeks have seen the literary world inflamed and puzzled by teacher Kate Clanchy’s memoir and the racist, fatphobic, ableist (among others) passages in the book, leading to a heated debate around calling out problematic language being labelled as “aggressive” and more. Writer and journalist Monisha Rajesh talks about the incident in the Guardian and points out the inherent biases and prejudices in the publishing industry, especially in the West, which mutate all efforts of reform into an “attack” on the other party. “Writers, agents, editors, publishers and literary festival organisers need to accept that there is a lot of learning to do about genuine diversity and inclusion and that empty platitudes and diversity schemes mean nothing if we’re punished for speaking out.”

Five: I am a massive mystery buff, and this conversation on LitHub on the allures of mystery, the science behind why it fascinates us so, both in fictional and non-fictional forms, is quite a listen. Jonah Lehrer, author of the book ‘Mystery: A Seduction, A Strategy, A Solution,’ examines the topic in the context of recent discoveries in the fields of psychology, neuroscience, and anthropology, and more.

Six: The New India Foundation has introduced an excellent new fellowship for translations of non-fiction books from non-English languages into English. The NIF, through its other fellowship, has always encouraged new non-fiction about India’s post-Independence history, especially its more little-known aspects. This time, it calls for “exceptional research and writing on all aspects” of India, especially on the “socio-economic/cultural aspect of Indian history from the year 1850 onwards.” Scroll.in speaks to Prof. Niraja Gopal Jayal, one of the trustees, about this exciting opportunity.

August is Women in Translation month, so I thought I’d round up a few of my favourite books that fall in that category.

The Murmur of Bees: by Sofía Segovia, tr. by Simon Bruni. Any story that has bees at the centre of it is an automatic sell for me, but this, set in Mexico and translated from Spanish, was stunning, heartfelt and magical. Set against the backdrop of the Mexican Revolution and the influenza outbreak of 1918 (a detail which made it a lot more poignant for me as I read it at the height of the pandemic), it’s the tale of Simonopio, abandoned as a baby, found by the matriarch of the Morales family, disfigured and covered with a blanket of bees. It’s a sweeping saga revolving around Simonopio’s life—touched by superstition and always surrounded by his faithful bees—and the many ups and downs he lives through with his family.

The Story of My Teeth: by Valeria Luiselli, tr. by Christina MacSweeney. This is a funny, charming story of the eccentric Gustavo ‘Highway’ Sanchez Sanchez and his collection of teeth of people like Plato, Petrarch, and Virginia Woolf. Set in Mexico and translated from Spanish, it’s an experimental novel, deftly written, created as a result of Luiselli’s back and forth with workers in a tobacco factory. The whole product is unique, including the translation, which includes in the English version inputs from the translator as well. It’s a concept too difficult to explain in a few words, and I’d recommend checking it out yourself.

The House of the Spirits: by Isabel Allende, tr. by Magda Bogin. This is a classic and hardly needs an introduction. Set in Chile and translated from Spanish, it tells the story of three generations of the Trueba family, intertwining the personal with the political, and introducing magical realism to many a reader.

Hangwoman: by K.R. Meera, tr. by J. Devika. This is a Malayalam classic, and the incredible story of Chetna Grddha Mullick, of the Grddha Mullick family known for being hangmen, their tales of hangings spanning decades, occurring at momentous times in history. As Chetna is appointed the first woman executioner in India, taking over from her father, she finds her life suddenly thrust into the limelight. Will she be able to bring herself to carry on her family’s legacy, when the day of an execution comes?