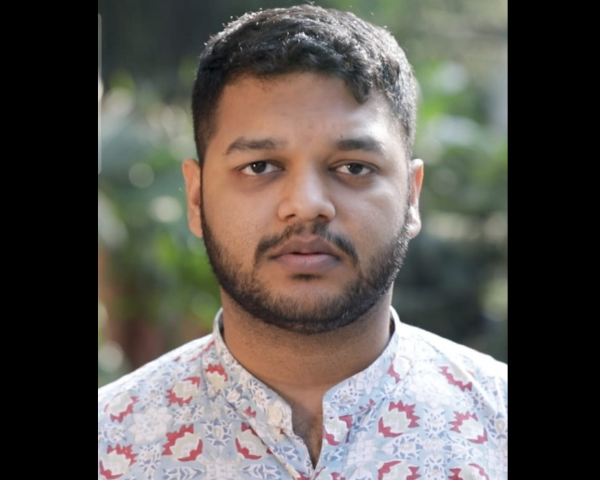 Abeer Kapoor wears a bunch of cool hats: he is a writer, game designer, journalist, dog whisperer and thinker of otherworldly stories. He designed the election-themed board game ‘The Poll’, is the author of ‘The Most Notorious Jailbreakers’, and the creator and author of ‘Zoraver and the Lost Gods’, a graphic novel set in the early twentieth century, illustrated by Ujan Dutta, set to be published in 2022.

Growing up I had been reading a lot of Sherlock Holmes. While reading the Holmes stories was magical, immersive and gripping, I often found myself at a loss, unable to imagine the world it was set in. I had no visual cues for foggy, shadowy moors from ‘The Hound of the Baskervilles’, or the visual and geographic markers of London and England. They made no sense to me. What needs to be said here is that I’m a visual reader, and when I get into a book, I see it play out as a movie in my head. Anyway, during a family trip to Calcutta, I was recommended ‘Picture Imperfect’ a collection of stories featuring Sharadindu Bandyopadhyay’s detective, Byomkesh Bakshi. And it changed me forever.


Unlike Holmes, these stories were set in India, during the Raj and after. Stories like ‘Satyanweshi’ and ‘The Gramophone Pin Mystery’ featured exciting plots, with names that sounded like mine—Ajit, Sankar, Mukul and others—with settings I could picture and characters that felt familiar and needless to say I was blown away. A desi detective! The stories weren’t simple either, or plain knock-offs, they were rich and layered, with science, politics and interpersonal relationships that felt familiar. I was so taken in, so much so that a decade later, I wrote my Master’s thesis on the place of Indian detective fiction in colonial India!

<💯 Our great mystery: figuring out wtf was up with tinned sardines, which were featured in every Enid Blyton picnic ever.>

Well, I don’t know if it counts, but recently I’ve been using a trope from Mario Vargas Llosa’s ‘Aunt Julia and the Scriptwriter’ in almost everything I’m writing. In the book, Pedro Camacho, the scriptwriter, has a particular stamp, and all his characters have an aquiline nose, and I’ve borrowed that to describe a series of characters that I’ve been writing these days.

WE Johns, the author of 'Biggles'! I only thought about him last week. As a matter of fact Biggles just celebrated his 122nd Birthday. I loved Biggles, the action, the adventure, the dog fights. And also, 'Lemony Snicket'!

<There is no reason to think of Lemony Snicket until required by a series of unfortunate events.>

I would gift my new best friend the ‘Death of a Red Heroine’, written by Qui Xiaolong. Set at the end of the 1980s—as China swiftly modernises and the people of Shanghai find themselves living through a contradiction—it captures the persistence of the austerity imposed by the Communist state and the new world that liberalisation is bringing: of cars, private wealth and so much more. It follows the story of Inspector Chen, a policeman and a poet, who speaks English and is on the fast-track for promotions.

The book I would give to my worst enemy would be a book called ‘Tampa’ by Alissa Nutting. I think it was written at the peak of the ‘young teachers sleeping with their students’ craze, and it’s awful. Though I am learning to yuck other people’s yum.

The Imran series by Ibn-e-Safi, and have Fawad Khan play Imran.

So many. The most recent one I read was in the New Yorker about Asian Revolutionaries. The book is dryly academic, but the review was very good. But White people need to stop telling our histories.

<“Reading ‘Underground Asia’ is like being privy to a historical particle accelerator, watching as revolutionary agents smash up against different imperial oppositions.” Ok, then.>

‘Cryptonomicon’ by Neal Stephenson. It’s a tome. It’s longer than most things and I’ve never built up the courage to read it. It was on some list of books people walk around having pretended to read, like ‘Gravity’s Rainbow’. There is this lovely quote from ‘Knives Out’:

Benoit Blanc: Something is afoot with this whole affair. I know it, and I believe you know it too.

Benoit Blanc: Harlan’s detectives, they dig, they rifle, and root. Truffle pigs. I anticipate the terminus of gravity’s rainbow.

Marta Cabrera: Yeah, I know. I haven’t read it though.

Benoit Blanc: Neither have I. Nobody has. But I like the title. It describes the path of a projectile, determined by natural law. Et voilà, my method. I observe facts, without biases of the hand or heart. I determine the arc’s path, stroll leisurely to its terminus, and the truth falls at my feet.


<Yes, why read books when their titles will do.>

It was a book called ‘Tennis’. I’m not sure. But it was a Mills & Boons-esque story set in the world of tennis. It was scandalous for a thirteen/fourteen-year-old to read. It liberally used the word ‘shaft’ and I was not prepared.

One of the funniest books I’ve ever read is ‘Three Men in a Boat’ by Jerome K Jerome. It’s just too good man! What characters, what a dog!

<All novels are improved by the addition of a dog. We personally think it should have been titled: ‘One dog in a boat (to say nothing of the men)’> 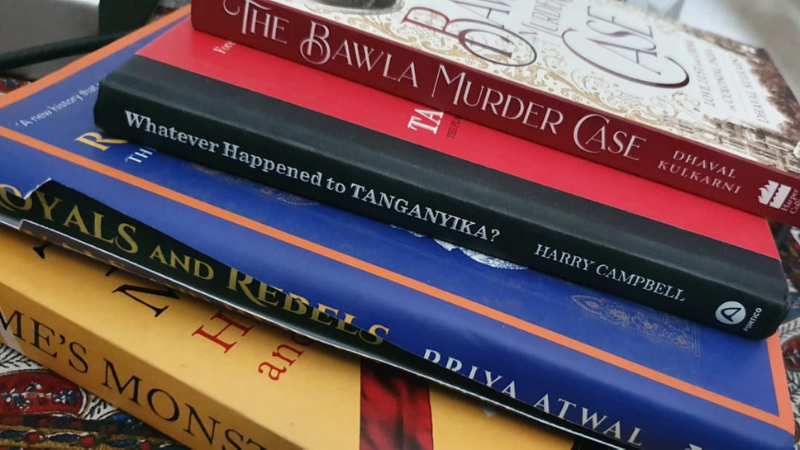 Thank you for playing Abeer! Be sure to check out his excellent book ‘The Most Notorious Jailbreakers’—the best true-to-life thriller money can buy.